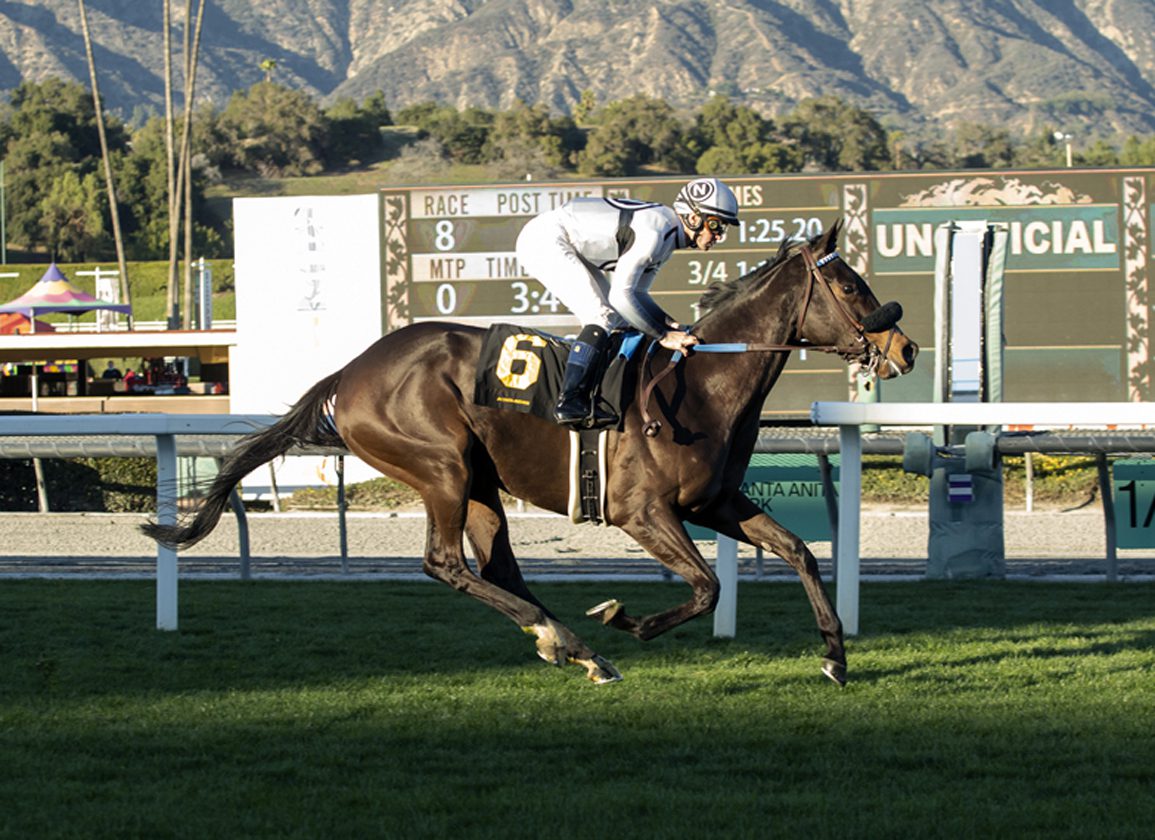 Bellabel, formally trained by Jessica Harrington in Ireland, won the Grade II contest on debut for Philip D'Amato, sparking hopes that bigger and better things could be coming in the sales ring for her breeder.

Cousins has four broodmares at his base in Dunshaughlin in County Meath. He bought Fashion Line (Ire) (Cape Cross {Ire}), the dam of Bellabel, for €32,000 at the November Mares Sale at Goffs in 2017 off Darley.

He explained, “I have four mares at the moment. For some reason or another, I have had a lot more fillies than colts.

“I am a retired vet. I worked with the Department of Agriculture. We bought the farm in Dunshaughlin 30 years ago and I have been breeding for over 10 years now.”

He added, “This would be my biggest success and hopefully we can do even better with the mare's progeny. You live in hope.”

Peter Kelly of Ballybin Stud has consigned horses for Cousins for over 10 years. He recalls Bellabel being “big and backward” as a yearling and revealed how he couldn't help but smile to himself when he read her trainer's comments about the filly in the TDN last week.

He explained, “We've been selling for Fergus for over 10 years now. We've had some great days with him, in the ring and cheering on his stock on the track, but he hasn't enjoyed anything like what Bellabel achieved over the weekend. It was his best moment in racing.

“He bought the mare from Godolphin and we had Bellabel for the yearling sales. She was quite big and looked a bit backward. She was in a couple of sales but it was the time when some of them were moved to England so we threw her out into the field for six weeks and it was the best thing we ever did as she came back in and we went for the later sale–the Tattersalls Ireland Flat Breeding Stock Sale–in December.

“She bloomed and was a totally different filly for those extra six weeks or so that she got. We were expecting that she might stand out a little bit and she made €33,000, which wasn't a bad price, and Belardo had done well with his first crop at that stage so everything had fallen into place for her. She walked her way into a sale–she was a massive walker, quite typical of the mare actually.”

He added, “We were reading Phil D'Amato in the TDN last week. He was speaking about the European fillies that he bought and mentioned that he backed off Bellabel and gave her time. We were saying, 'that's the story of her life,' as she's a big filly and the bit of time has been her friend.”

#6 Bellabel wins the G2 San Clemente, trained by @phildamato11, ridden by @umbyrispoli! Congrats to the connections!

The action continues on TVG with #TheQuarters next from @losalracing! Tune in for live, on-site coverage! pic.twitter.com/aTo9UqA1bA

Fashion Line has a Holy Roman Emperor (Ire) yearling filly (lot 424) and Profitable (Ire) filly foal that will soon go under the hammer. With the mare back in foal to Belardo, hopes are high that Bellabel's success can be built upon.

Kelly said, “There's a yearling half-sister by Holy Roman Emperor and she's going to Fairyhouse Part 1. She's a big mover, a similar type to the mare. She also has a Profitable filly foal and he went back to the well with Belardo as she's in foal to him. I'm delighted for Fergus.”