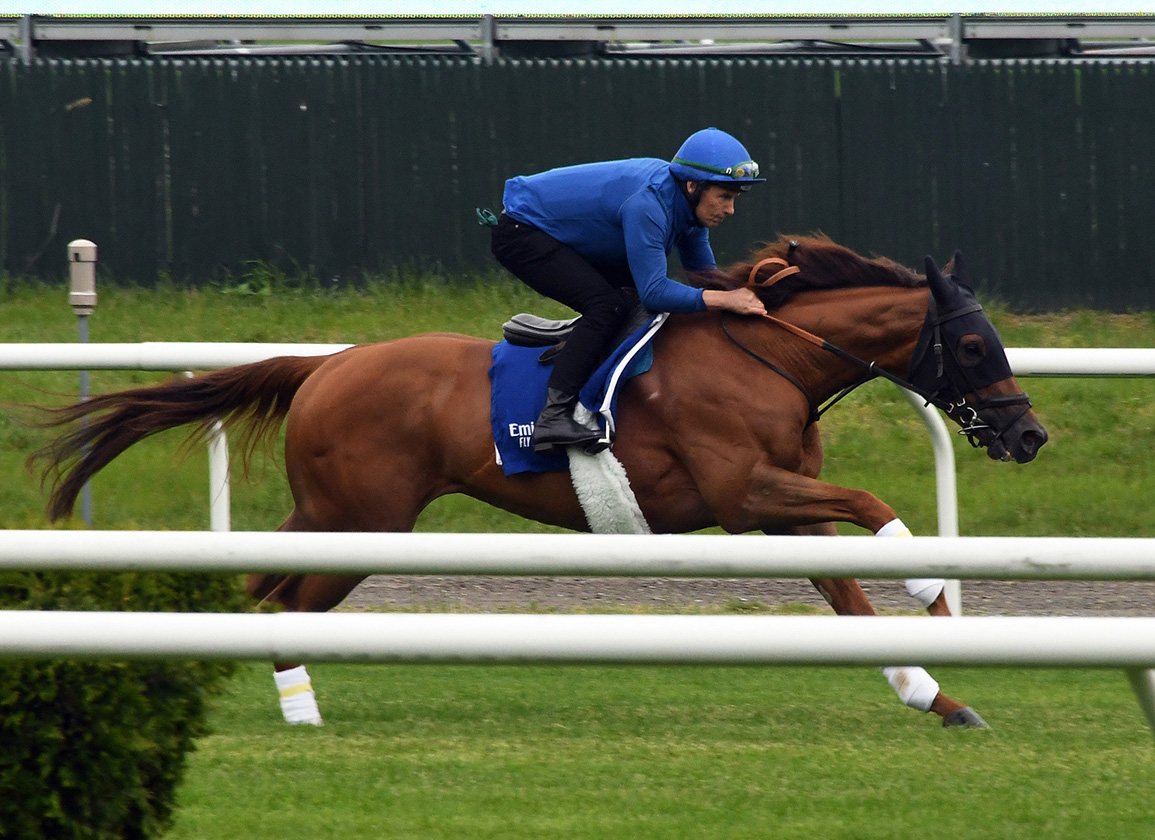 With rider Shane Fetherstonhaugh aboard, the 4-year-old schooled a bit in the Belmont paddock before heading out to the track around 9 a.m., where he was allowed to stretch out through the final stages.

“He went out to the turf so he could have a light canter and then he just had a little blowout down the straight for a couple of furlongs to open up his lungs and stretch his legs,” said Chris Connett, traveling assistant to trainer Charlie Appleby. “Shane was very happy with him and the way he was moving and covering the ground.”

“The longer he's been here the better he's looking,” Connett added. “He's matured from three to four and he's showing that he's taking it all in stride. We're very pleased with him.”

Yibir has the services of regular rider William Buick in the Man o' War.