Yaupon To Stand At Spendthrift 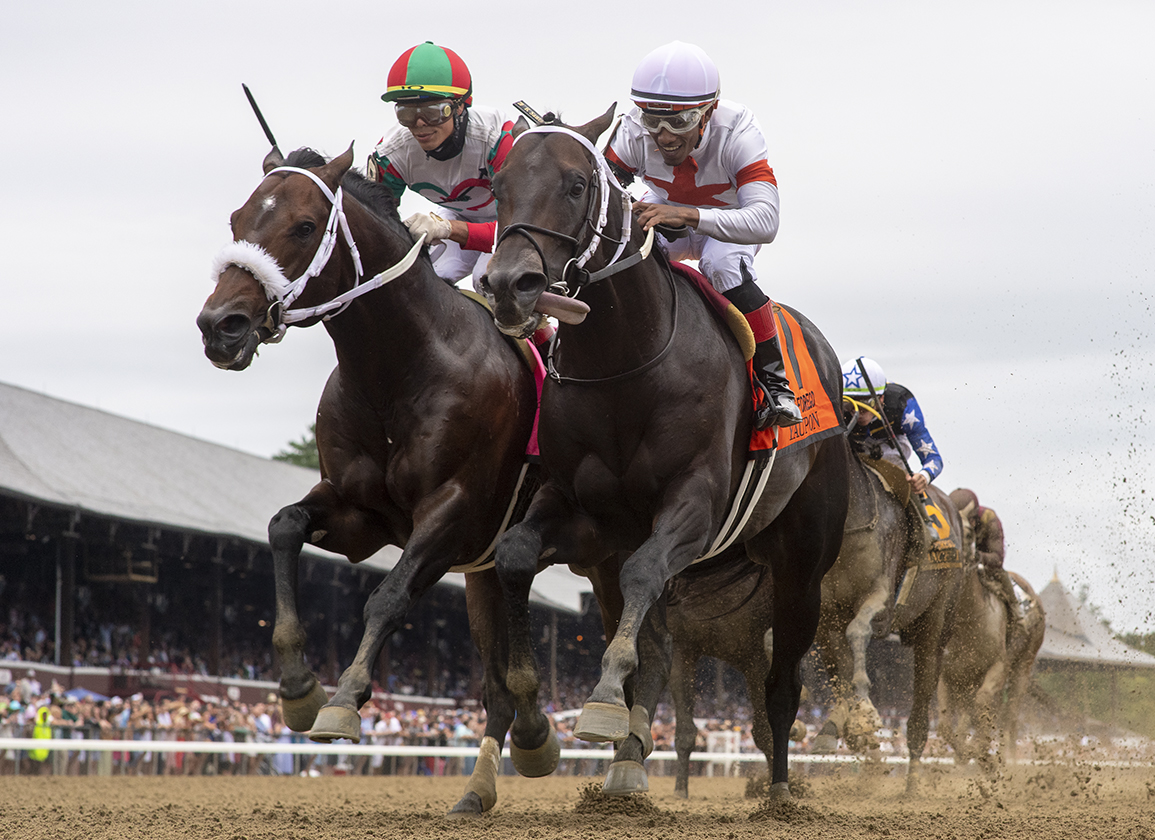 Bill and Corinne Heiligbrodt's Yaupon (Uncle Mo–Modification, by Vindication), who became his sire's ninth Grade I winner with a tenacious victory in the Forego S. at Saratoga Aug. 28, will enter stud at Spendthrift Farm for the 2022 breeding season. The 4-year-old has the GI Breeders' Cup Sprint at Del Mar as his long-term objective before retiring to the stallion barn.

Trained by Steve Asmussen, Yaupon was victorious in his first four career trips to the post, including Saratoga's GII Amsterdam S., clocking 1:08.50 for the six furlongs, and the GIII Chick Lang S. on the Preakness undercard in 2020 which established him as the favorite for last year's Sprint at Keeneland. The athletic dark bay bounced back from a trip to Dubai for the G1 Golden Shaheen in March with a 1 3/4-length success in Pimlico's Lite the Fuse S. July 4 prior to the Forego, his first try over seven furlongs.

At Spendthrift, Yaupon is slated to stand alongside the Heiligbrodts' champion sprinter Mitole (Eskendereya).

“We are thrilled to continue our partnership with Bill and Corinne [Heiligbrodt] on their newest Grade I winner, Yaupon,” said Spendthrift General Manager Ned Toffey. “Obviously, the last time they won the Forego at Saratoga it was with Mitole, so we are hopeful Yaupon can close out his racing career in similar fashion. Aside from being extremely fast, Yaupon is one of the best-looking sons of Uncle Mo you will find anywhere. When breeders come out to the farm and see a fast Saratoga Grade I winner by Uncle Mo that is as beautiful as he is on the end of a lead shank, we believe we will get a lot of 'yeses'.”

Added Heiligbrodt: “Yaupon is an absolutely stunning physical with an unbelievable pedigree, and he might have been one of the fastest horses we have ever seen at a 2-year-old-in-training sales,” said Bill Heiligbrodt. “Last year, after four straight wins and two graded stakes, we thought he had a very good chance to win the Breeders' Cup, and he ended up being the favorite in the race. But a very rough trip nullified any chance. After his most recent victory in the Forego, we look forward to returning to the Breeders' Cup at Del Mar. Corinne and I have been racing horses since the 1980s and have been lucky to be represented by a lot of nice horses. Yaupon is our best ever when you combine speed, pedigree and conformation.”