'X' Marks the Spot for Gelfenstein 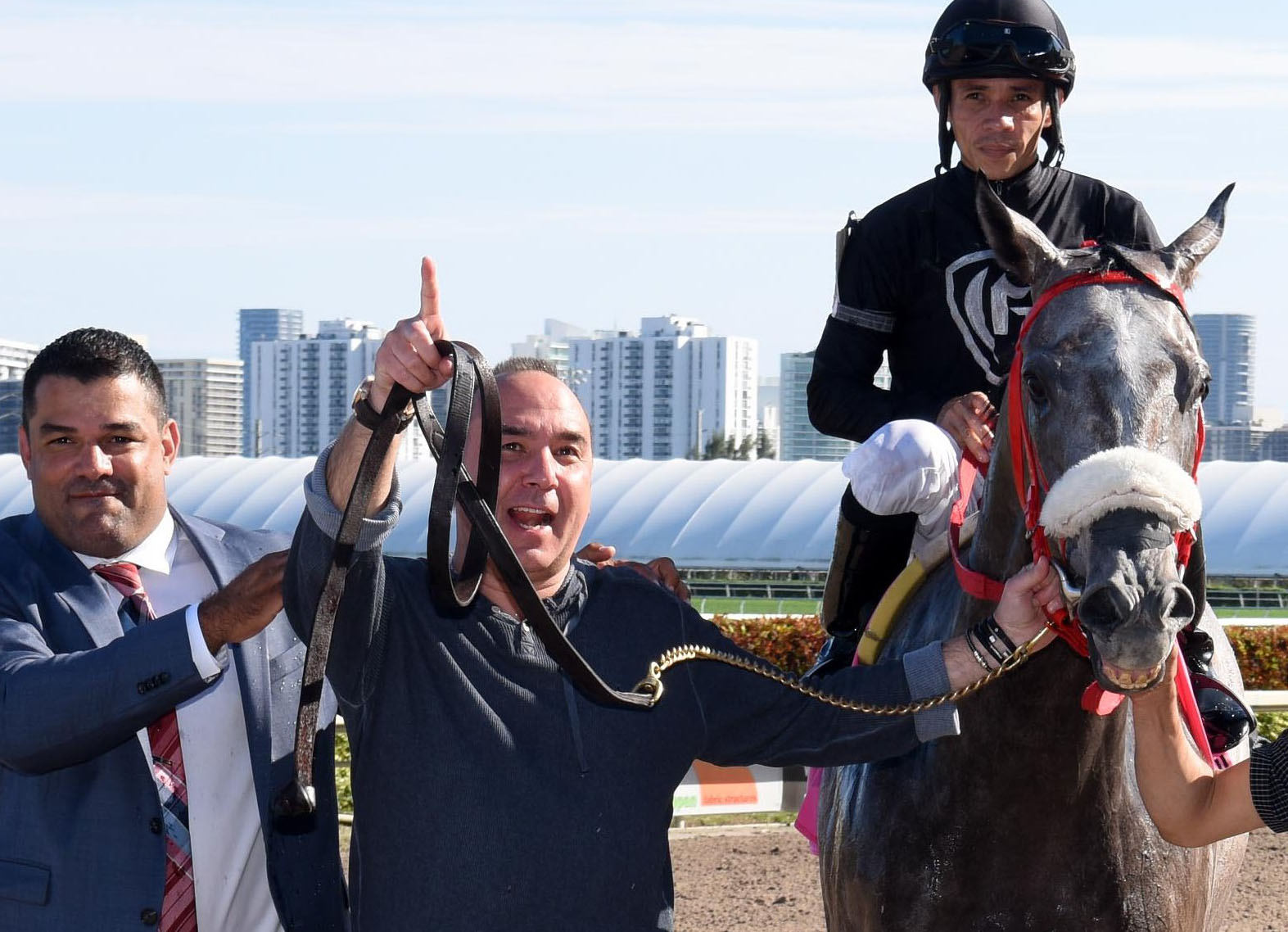 “My dream and goal is to race my horses at the best racetracks in America and produce some Triple Crown horses,” Gelfenstein commented.

The 51-year-old native of Venezuela purchased the 165-acre Gelfenstein Farm in Ocala, Florida, three years ago. Along with his 25 horses in training, the farm boasts 76 stalls, 22 paddocks, a half-mile training track, a training pool and a mechanical treadmill. Breaking, training and rehabilitation are among the many services provided at the farm. The international businessman's interests include the food industry and his burgeoning racing operation, which accumulated earnings just a shade under $500,000 in 2015.

“I love the races for the adrenaline of the competition,” said Gelfenstein, adding that his uncle was involved in racing in Chile while he was growing up. “The farm was always my childhood dream.”

Currently on a four-race winning streak, X Y Jet romped by 9 1/4 lengths in the GIII Mr. Prospector S. at Gulfstream Dec. 19, good for a 108 Beyer. The gray followed suit with another tour de force in the Sunshine Millions Sprint in Hallandale Jan. 16.

The current plan is for X Y Jet to have a prep race in Hallandale–possibly the Feb. 27 GIII Gulfstream Park Sprint S.–for the G1 Dubai Golden Shaheen at Meydan Mar. 26 with a long-term eye on the GI Breeders' Cup Sprint at Santa Anita in the fall.

“The horse is already nominated for the Golden Shaheen in Dubai,” Gelfenstein confirmed. “We intend to participate and are currently awaiting the invitation from the sponsors.”

Bred in Florida by Didier Plasencia, X Y Jet was produced by the Lost Soldier mare Soldiersingsblues. The $56,000 OBSAUG yearling purchase is a half-brother to the stakes-placed Woman Soldier (Werblin). X Y Jet is from the first crop of Ocala Stud's promising young sire Kantharos.

“We did a study on Kantharos–we analyze stallion careers, pedigree, phenotypic characteristics and attitude of the foal,” Gelfenstein explained. “The result of all these studies and foal characteristics indicated that we could have a great champion right in front of us.”

X Y Jet graduated versus state-breds at fifth asking for former trainer Antonio Sano at Gulfstream West during his 2-year-old campaign. Transferred to Navarro after a fourth-place finish in the Buffalo Man S. that November, he immediately elevated his game with a pair of promising runner-up efforts in the Pasco S. at Tampa and the GIII Hutcheson S. at Gulfstream. Sidelined after having a small knee chip removed after getting eased in the GII Swale S. at Gulfstream last March, X Y Jet has been unbeatable since. A pair of optional claiming wins at Monmouth last September and Gulfstream West in November preceded his aforementioned runaway stakes victories.