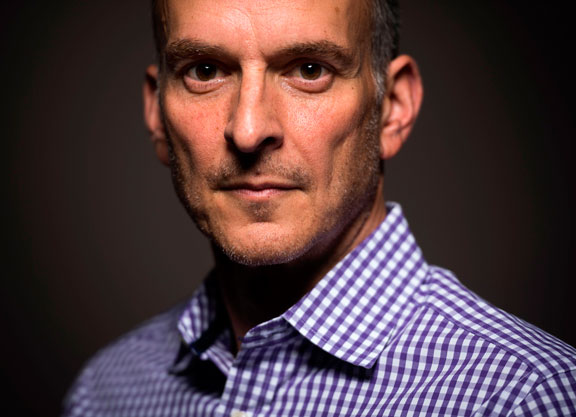 Not too long ago, Lance Armstrong was revered as an American hero. The winner of seven straight Tour de France titles, Armstrong brought the sport of cycling into the mainstream and the story of his unprecedented success after recovering from testicular cancer inspired athletes everywhere. But, as the public later found out, it was all built on a lie.

Armstrong was a cheater, and his extensive involvement in an explosive doping scandal tarnished his legacy forever, stripping him of nearly all of his fraudulently-gained athletic accomplishments. The revelations from that scandal rocked the sports world and marked one of the most staggering falls from grace in recent memory. And it likely wouldn't have happened without the United States Anti-Doping Agency and its CEO, Travis Tygart.

Racing has suffered a fall from grace of its own in the past few years. Once a staple of American culture, the game's public support has steadily waned since its peak in the mid-20th century. But two massive scandals, one involving the spate of fatal breakdowns at Santa Anita in 2019, the other a bombshell series of FBI indictments alleging reprehensible and widespread drugging of horses that came out last March, plunged the sport into an existential crisis. These tragic public relations nightmares finally shook racing out of the inert fog it had operated under for far too long, and presented a crossroads: either clean up your business, or have it all come crashing down once and for all.

Late last year, the United States Congress, within an omnibus spending bill that included aid for coronavirus relief, passed the Horseracing Integrity and Safety Act. It is a plainly groundbreaking piece of legislation for racing, but its most notable provision is that drug enforcement, which has frankly been a running joke in the sport for decades, will soon fall under the purview of USADA and Tygart, arguably the most respected anti-doping authorities in the world.

So what, exactly, does that mean for the future of racing and how it will operate in the new HISA era? In his first public interview since USADA was tasked with an entirely new sport to regulate, Tygart sat down with the crew of the TDN Writers' Room podcast presented by Keeneland Wednesday. Calling in via Zoom as the Green Group Guest of the Week, Tygart participated in an expansive, candid, illuminating discussion on the transformation we should expect to see in the coming years as he and his crew take the regulatory reins.

“It's obviously a huge responsibility, but one that we're fully ready to embrace to learn the nuts and bolts of the industry that we don't know,” Tygart, who grew up near Ocala, said about USADA entering a new domain in racing. “We're honored to be part of it. We feel like it's a tremendous privilege. We recognize that we're going to have to work every day and every night to prove that we're the right organization for this. Cheating, honesty, ethics, and the rule of sport are the same across all sports. So while some might want to say there's a difference between equine anti-doping and medication control programs and what happens in humans, the mentality of cheating and trying to get an advantage against the rules, is the same. So we're really looking forward to putting in a gold standard program that people in the industry can have a lot of satisfaction and pride in, that it's being done at the highest levels, with an equal opportunity to win playing by the rules, which is all any athlete–whether you're a trainer, owner of a horse or a human athlete–can ask for.”

Tygart was invited to speak at the 2012 The Jockey Club Round Table, soon after the Armstrong scandal broke, where he was first introduced to the flimsy anti-doping rules that have proved so inefficient for the sport in America.

“I really started looking at the policies around anti-doping and medication control within the industry and they were just completely antiquated,” he recalled. “They were years behind what the human world, as well as the equine and Thoroughbred horse racing industry around the world had done as far as uniform policies. Other places don't have 38 different racing jurisdictions run by the states, with frequently conflicted people that have an interest in the outcome without transparency, without good quality testing, without laboratory accreditation that is uniform. It actually reminded me of, and I drew the comparison to, what the Olympic world looked like prior to us coming into existence. So having a uniform policy, where you can have confidence that when a horse runs in California, it's going to be running under the same rules and allowances and free of drugs as in Kentucky and in New York too, is going to be a game changer I think, right out of the gate.”

Tygart then explained in detail the process that USADA has put in place for human sports, which it will try to replicate in racing. He outlined two keys to its efficacy in particular: getting ahead of new drugs so that trainers can't just move from doping agent to doping agent before regulators catch up, and a tip line from affected parties in the industry.

“I think it's really important that we begin the education with the industry on this, and I always get the question,'Well, how's the testing going to be different?'” he said. “Just to look at testing is, again, an antiquated, old way of looking at modern anti-doping. How you professionalize and ensure that the athletes' rights and their health and safety are going to be protected, it has to start with education. That's going to be uniform, education about the rules across the country. It's going to have to have a research component involved to ensure that things that might not be tested for today in a robust way can be tested for. Any new drugs that are coming out that would tempt trainers or owners to give their horses, for example, are going to also be able to be detected. Then you also have to have a results management process, because we know the science is limited. It's a complex matrix looking at some of these drugs, some that are endogenous or natural to a human body or a horse body. So, distinguishing what's synthetic versus what's endogenous, is sometimes a difficult thing. You have to get that right from a scientific standpoint. That means you have to also have an investigative and an intelligence gathering model.

“We have a whistleblower line. We're the first to say it takes a team to be successful. So, make the call. Last year in our human world, we had close to 500 tips to our whistleblower line. We have a robust internal process where we investigate each and every one of those. When we direct tests off of that information, we have close to a 22% positivity return, clearly indicating that when the information comes in, it's handled appropriately, it leads to detection and that feeds what we're ultimately after, which is deterrence. We don't want people to cheat, but if it's too easy to get away with, and there's no consequence if you get caught, then people will take advantage of that. That's what we have to stop.”

Tygart undoubtedly faced an avalanche of institutional pushback from the cycling powers that be when he and USADA were working to uncover Armstrong's doping. He reportedly received death threats during the investigation and had to have additional security provided for him by the FBI. Asked about what kind of resistance he expects from people in racing, he said he has been encouraged by the industry's response thus far, and noted that there will be an adjustment period for those currently breaking the rules to fall in line.

“We've had a lot of interaction over the last eight-plus years with wonderful people in the industry, trainers, owners, breeders, all sides of it, who have asked really tough questions and really good questions, who have embraced the effort,” he said. “The deaths out in California, and then the indictments, I think created this perfect storm that finally loosened some of the entrenched positions, so I think we feel very good that the industry wants this to happen for the most part. There will obviously be those who like the status quo, because it's been very profitable for them. They're eventually going to either be weeded out, or change their behavior. They'll be given a fair opportunity. The rules will change and the enforcement is going to change, but you'll be given adequate time to change behavior in order to comply with those new rules and prove that you can win the right way.”

Elsewhere on Wednesday's podcast, the writers previewed a strong holiday weekend racing lineup. Then, in the West Point Thoroughbreds news segment, they analyzed the continuing positive handle trends and the passage of a historical horse racing reinstatement bill in the Kentucky Senate. Click here to watch the podcast; click here for the audio-only version.