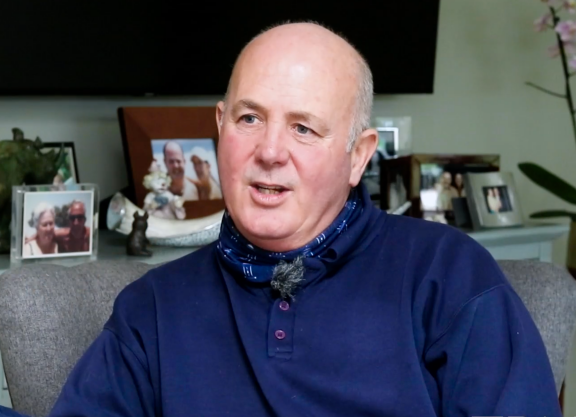 In straitened times for British racing's finances, there has already been one trainer leave Newmarket for Kentucky, but the balance has been restored somewhat by the return to the town of Sean Woods, some 20 years after relinquishing his licence in the UK.

The trainer bought the historic La Grange Stables at the age of just 26 and, 10 years later in 2002, left British racing's headquarters to train in Hong Kong where, among his rival trainers, was his cousin Caspar Fownes. There he remained until 2016, but in the intervening years Woods has been planning his return.

It's a homecoming of sorts, except that Woods and his elder brothers and fellow former jockeys, Dwayne and Wendyll, grew up in India, where their father Barney was a leading Flat jockey and their maternal grandfather Eric Fownes was the champion trainer.

Woods himself took to National Hunt racing for the first stage of his career in the saddle, riding more than 80 winners over jumps before turning his hand to training. If his own pedigree already had strong racing links on both the top and bottom line, so does that of his son Max, as the trainer's wife Lucy is the daughter of former trainer Tony Hide and niece of Derby-winning jockey Edward Hide. Her brother Philip is the former jockey and trainer who is now clerk of the course at Fontwell and Brighton, while another brother, Tim, is assistant trainer to Chris Dwyer in Newmarket.

Racing is most certainly etched in the Woods family DNA and it is clear from the way the trainer bounds around his new premises at Shalfleet Stables, bought last year from Jeremy Noseda, that he is relishing the chance to get back to doing what he knows and loves best.

“To train here, I see it as an honour rather than a pleasure,” he says of his operation on Newmarket's Bury Road, nestling alongside Godolphin's Stanley House Stables. In the game of Newmarket Monopoly, Woods has certainly landed on a valuable square.

He is effortlessly cheerful and is one of the few people to have relished the imposed lockdown last spring as it gave him the opportunity to undertake some extensive renovations at Shalfleet, the yard from which its former incumbent sent out the Classic winners Sixties Icon (GB) and Araafa (Ire) and Breeders' Cup victor Wilko among a host of high-profile winners.

Woods continues, “I walk 10 yards and I'm on the Heath. I have every facility I want. To be able to do that within the eight months of when there were no horses here, was fantastic. [Lockdown] was the best thing that could have happened. It was the best therapy I could have had, because I had 16, 17 years in Hong Kong, which was full-on pressure of producing what I needed to produce. To come back and just be myself, put a pair of shorts on and paint for 10 hours or 12 hours a day, steam clean, take fences down, take trees down and put something back and rebuild, it was amazing. It was family around me, because we were in lockdown, and it has been the most phenomenal therapy.”

During his first training stint in Newmarket, Woods saddled Mistle Cat (Storm Cat) to win the G1 Premio Vittorio di Capua, and in his final year before Hong Kong beckoned had Lucayan Stud's talented juvenile Atlantis Prince (GB) (Tagula {Ire}), who provided  Frankie Dettori with his first ride and first winner following the plane crash which nearly claimed his life. Less than two months later, the colt rounded off his unbeaten juvenile season with victory in the G2 Royal Lodge Stakes, his final run for the trainer before he joined Godolphin, and Woods joined the training ranks in Hong Kong. During his time there, he trained 279 winners and garnered prize-money just shy of £25 million, but his licence was not renewed by the HKJC when the tally of winners he saddled in his final season did not meet the club's performance target.

“What we've got now is everything, every tool I need to train a horse,” he says of Shalfleet, which has 93 stables, two new walkers, turn-out pens and Equilux lighting among its refreshed facilities.

He continues, “I owned La Grange at a very young age and I had the best 10 years of my life here [in Newmarket]. We were very fortunate, very successful, in a very short period of time. It goes without saying that it was everybody around me that allowed that to happen. I was fortunate enough to train a Royal Lodge winner. I was fortunate enough to train for people that I really appreciated training for. With La Grange as our base, it was a stepping stone to what I wanted to achieve, and I was very excited about it. I had probably 50 per cent of my owners based in Hong Kong. The offer came from Hong Kong and at that time I was flattered to be offered this job that everybody else was cutting their hands off for, and I went.”

He adds, “I had got to the stage where I was having to sell horses, really good horses, and advising my owners to sell them to other people, whereas we should have been keeping them and making them stallions and making broodmares. We should have seen the bigger picture. That forced my hand into going to Hong Kong at the time.”

Through the prism of hindsight, greater maturity and perhaps relentless optimism, he now views that decision as both good and bad. On one hand it interrupted a career on the up in Britain, and on the other, the sale of La Grange and his parents' Thormanby Stud, along with the more lucrative returns on offer abroad, brought some financial stability that can often elude trainers. It also allowed Woods and his family to purchase Brook Stud just outside Newmarket, which is run successfully by Dwayne and Wendyll, the latter having retired from a successful riding career in Hong Kong in 2006.

“When Brook came up, and I was leaving for Hong Kong, I sold La Grange. We sold [Thormanby] stud and we amalgamated,” he says. “That goes back to a history of being born and brought up in India. You have that family push rather than individually pushing. We were fortunate to buy a stud farm like that, which is 200 acres of the most beautiful land in the middle of Cheveley, three miles outside Newmarket.”

Woods adds, “We were able to work as brothers. Wendyll came back and retired there. He runs the stud on a day-to-day basis. Dwayne does all the managerial side of it and the matings. We have a great working relationship. Dwayne and myself always looked at the horses together. We always did everything that we could together.

“While they have their own business to run, Dwayne is also very much instrumental in what I buy at the sales, because he works for me as an agent. We are brothers and we are of the age now where we appreciate it much more.”

The brothers were back in action together through last season's yearling sales, gathering together the team of 30 horses with which Woods has restarted his training career. And, as an indication of the regard in which he was held by his former Newmarket staff, several members of that team have returned to work for him two decades on.

“It was fantastic to be back with Dwayne and Wendyll,” he says of his return to the British sales scene. “It was like we hadn't left, because that's what I missed for the last 20 years. That's what you get up to work for. Now we only have 30 horses in, and 23 of them are babies, 2-year-olds, and hopefully one of them might be alright. I have phenomenal support from people that haven't had to support me for a long, long time because I've been in Hong Kong and I've been completely away from it. I specifically set out to only have a small team, so that I could then pick my staff. I haven't gone out and tried to sell everything. I haven't done anything. I've just sat quietly and built a team of people first, then horses.”

He adds, “It's taken me three, four years to be back full time, just helping on the stud and enjoying my life, and reconnecting with my friends and family, then to be able to find this place.”

At 55, Woods claims to have “fifteen good years of work, then I'm buggered”, but it is a line delivered with a large grin, and the relish with which he discusses his return is akin to the legion of his fellow trainers who are just starting out.

“I don't recognise probably 30 new trainers here,” he admits. “They're young and they have the dream. That's fantastic to see. There are so many new trainers and new people which can only say that it's good for racing, good for the environment, and good for the hub of what we have. It is an absolute honour to be back where I know, and where I cut my teeth.”

He may now be slightly longer in the tooth than some of his colleagues who have recently embarked on their training careers, but harnessing his experience to his enthusiasm will give Woods every chance of a successful Newmarket relaunch.