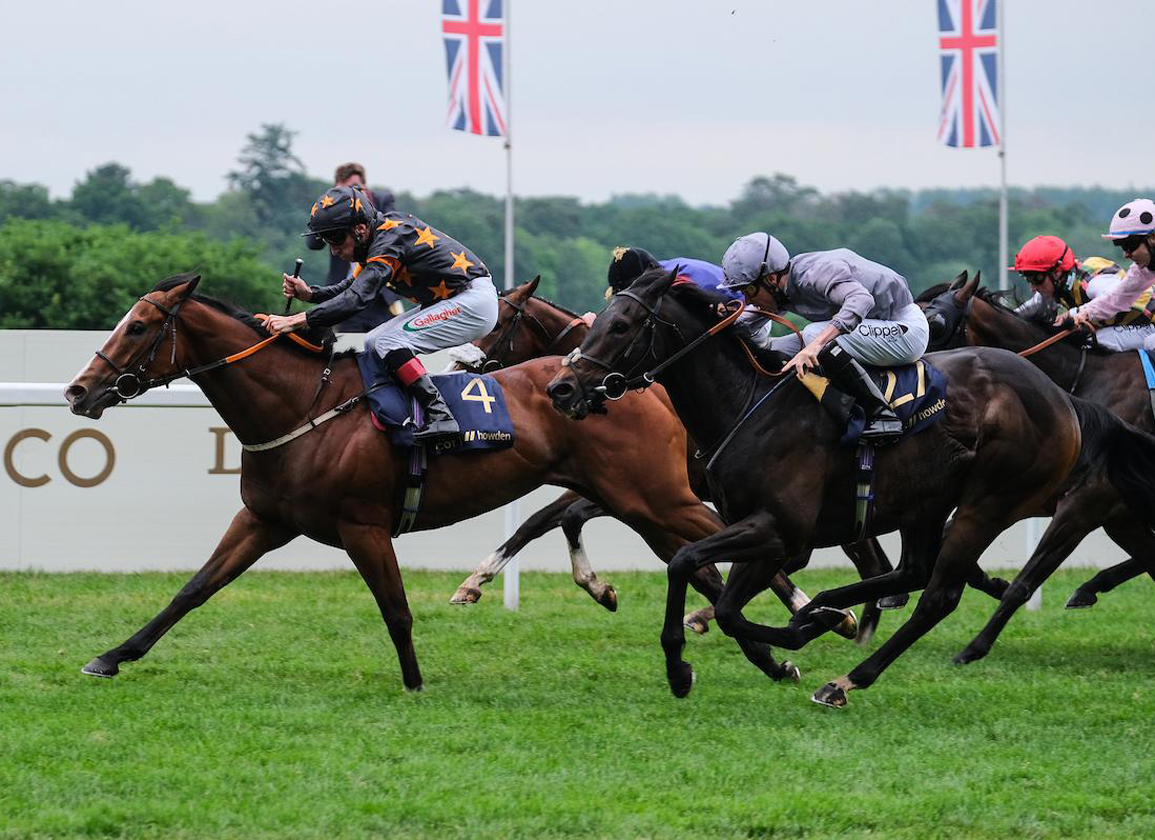 Rohaan (Ire) (Mayson {GB}), winner of the Wokingham S. at Royal Ascot June 19, will be supplemented to the July 10 G1 Darley July Cup at Newmarket. The 3-year-old was precluded from running in the G1 Commonwealth Cup during the Royal meeting since the event precludes geldings from competing. In the Wokingham, the Irish-bred closed from last to defeat 20 rivals.

“He was unbelievable in the Wokingham with top-weight [9st 8lb], said trainer David Evans. “Rohaan is fine, he's very well.    The plan is to supplement for the July Cup, especially if they get a bit of rain, which they might.”

He added, “There's still more to come from him, I think. He's the horse of a lifetime, I'm lucky to have him.”

Prior to his Wokingham victory, Rohaan edged out Dragon Symbol (GB) (Cable Bay {Ire})–first across the wire but demoted to second in his latest start in the Commonwealth–in the G2 Sandy Lane S. at Haydock May 22.