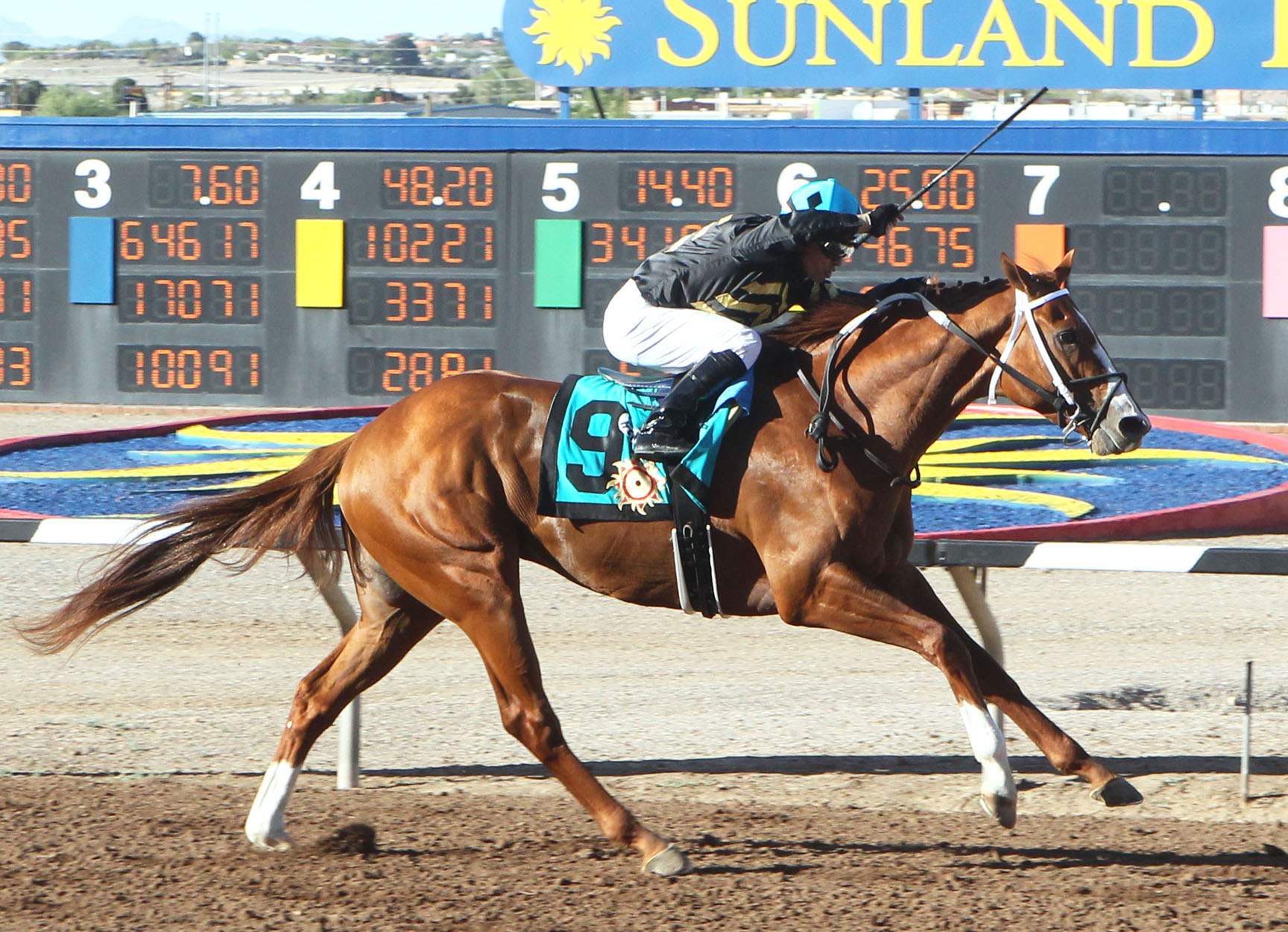 There hasn't been any racing in New Mexico since Dec. 23, but trainer Lynette Baldwin stayed behind, setting up shop at a training center and waiting for good news. For the longest time, there has been none.

“I kept hoping for a light at the end of the tunnel,” Baldwin said. “That's all we asked. Just give us a chance.”

On Thursday, Baldwin's situation went from bad to worse. She turned down stalls at Turf Paradise hoping that Sunland Park would eventually open. Instead, a ruling issued by the New Mexico Racing Commission allowed the track to cancel its entire 2021 meet, which was scheduled to run through Mar. 30. That also meant that the GIII Sunland Derby would not be run for the second consecutive year.

“This was a devastating decision for the horsemen,” said New Mexico Horsemen's Association Executive Director Richard Erhard. “We had no inkling that they would out and out cancel the meet. This is another nail in the coffin of New Mexico racing.”

As has been the case in many states, the New Mexico tracks went dark last March because of the coronavirus. But New Mexico Governor Michelle Lujan Grisham eventually allowed them to reopen without spectators. After a two-month absence, racing returned to New Mexico on May 22 at Ruidoso Downs.

The problem for racing was that the governor has yet to give the green light for the casinos in the state to open up. With the casino monies no longer available to fund purses, Sunland management has argued that it cannot run.

Baldwin is among the trainers who opted to keep their horses in New Mexico. Others have scattered, some landing at Turf Paradise, others at Sam Houston. Dick Cappellucci is enjoying a solid meet at Turf Paradise with 14 winners, but he'd rather be in Mew Mexico.

“We're from New Mexico and that's the only place we've ever raced,” he said. “My grandfather started there and then my dad. raced there. I've been around the New Mexico tracks all my life and that's where I'd rather be. The problem is that we depend on the money from the slot machines for our purses. It accounts for about 85 to 90% of our revenues.”

After Sunland, in a normal year, New Mexico racing would move to SunRay Park, but it doesn't appear that they will be opening either. The commission has allowed them to delay issuing schedules for their overnight races and stakes and management at that track has given no indication that they are ready to open.

The best thing for racing in the state would be for Grisham to allow the casinos to reopen. New Mexico is the only state in the country that has yet to give permission for its commercial casinos to open. (Tribal casinos in the state are operating). But Grisham has given no indication that she is about to change her mind.

“It's pretty sad,” said trainer Todd Fincher, who has relocated to Sam Houston. “I'm not God and I can't make any of these decisions but these people don't understand the impact this is having. It's a really bad deal for New Mexico.”

According to Erhard, the New Mexico tracks have the option of opening, but they could only do so if they drastically reduced purses. Instead, they have stayed shut since the Zia Park meet ended late last year, and the racing commission has supported their decisions. Erhard said the consensus among his membership would be to run, no matter what the purse schedule looks like.

“If people want to run for $12 and a ham sandwich, let them,” Baldwin said. “It should be up to them, not the tracks.”

“I don't know why they didn't open Sunland and give people a choice,” he said. “I would have still left, but even if they were running for $4,000 or $5,000 a race that would have given people an opportunity to run and I'm sure a lot of people would have done so.”

Fincher said that the racing commission has allowed the tracks to skirt New Mexico's statutes regarding gambling. The tracks are required to conduct racing in order to operate a casino. He believes that their failure to do so should be dealt with harshly by regulators.

“If we had a real commission, which we don't, every track that refuses to run would be lose their casino license,” he said.

After the news broke Thursday that Sunland would stay closed, Baldwin called the racing office at Turf Paradise and told them she wanted those stalls after all. Eventually, the casinos will open and New Mexico racing can return to a sense of normalcy. When that happens, Baldwin will come back. As for other trainers who have left the state, she's not sure what they will do.

“It seems like a zillion trainers have left the state and I don't know if they're coming back or not,” she said. “There's going to be a tremendous trickle down effect before this is all over.”

Erhard said that management at Ruidoso Downs is more racing friendly than the other tracks in the state and he remained optimistic that they will race when their meet is scheduled to begin on May 21. After Ruidoso, New Mexico racing is scheduled to move on to the Downs at Albuquerque before closing out the year at Zia Park.

Zia's meet is scheduled to begin Sept. 27. Perhaps by then, Grisham will have allowed the casinos to open, but no one can be sure. In the meantime, everyone is just waiting, hoping for some better news.

“This is just a lousy situation,” Erhard said. “Really lousy.”