With Legalization of Sports Wagering, Renewed Hope That Racing Will Return to Massachusetts 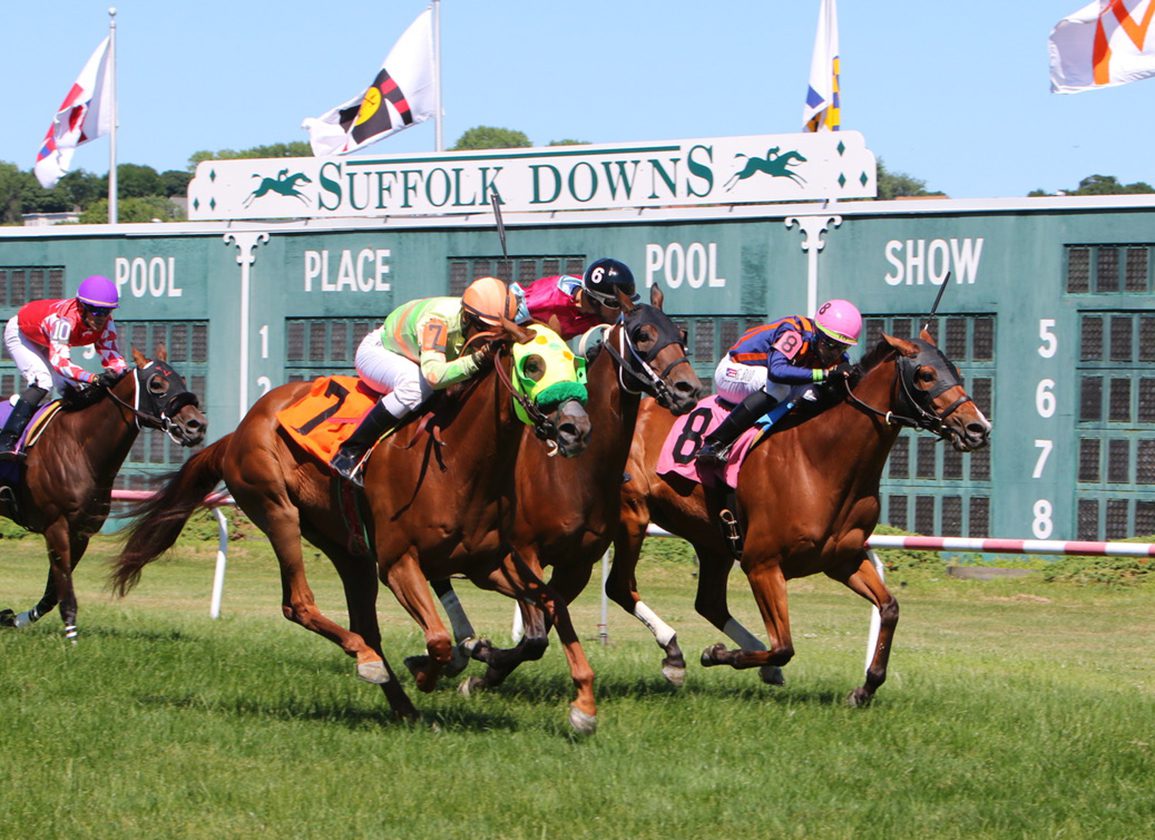 A compromise agreement on a bill authorizing sports betting in Massachusetts was reached Monday, which could be the final piece of the puzzle when it comes to horse racing returning to the Bay State. Behind the scenes, a group of investors has been working to open a new track in the state ever since Suffolk Downs closed its doors in 2019, but understood that their plans would not be practical without there being a source of revenue beyond what can be made off of selling bets. With sports betting about to become a reality in the state and with the bill granting sports betting licenses to anyone operating a racetrack, the group is prepared to move forward and plans to apply to the Massachusetts Racing Commission for a racing license some time this fall.

“When it comes to the project, sports betting has been the catalyst all along because there has to be some sort or of revenue source,” said Lou Raffetto, the former vice president of racing at Suffolk Downs who is advising the group, which calls itself Commonwealth Racing. “We all understand it's not going to come from just racing itself. They are very serious about this and the intent will be that by October we need to apply for a racing license.”

Suffolk Downs' days were numbered in 2014 when the track lost out on a bid to get a casino license. It remained open over the next five years, running short meets that were a requirement to retain its simulcast license. In 2017, the property was sold to HYM Investment Group, which is in the process of converting the land into a mixed-use neighborhood that will include 10,000 housing units.

Without any realistic hope that a Massachusetts Thoroughbred track could cash in on a casino, the sport appeared to be dead in the state, where racing dates back to 1935 when Suffolk first ran. But the principals behind Commonwealth Racing, Armand Janjigian, his wife Robin, and former Suffolk Downs owner Richard Fields, believed they could make this work. While having a sports betting license may not be as a lucrative as operating a casino, it could prove to be enough to make operating a track in the state feasible.

Raffetto said the investors are well beyond the kicking-the-tires stage.

“I've been working for them for well over a year and this is nothing new,” he said. “If you had any idea how much money they have already spent on architects and engineers you'd shake your head and you'd see that they are very serious. They wouldn't be going down this road if they didn't think it was a good business decision. They understand there will be a lot of competition in the sports betting market but they've already spent a lot of money. That's how I know this isn't pie in the sky. They are a lot of smarter than I am and they know what they are doling when it comes to a running a business.”

Their task has been made easier by the fact that the state is holding on to about $22 million that is earmarked for Thoroughbred purses, meaning track owners, at least initially, may not have to contribute much to the purse account. Even though there has not been Thoroughbred racing in the state for more than three years, the industry still receives a cut from slot revenues from Plainridge Park, a Standardbred track. The money keeps piling up.

“The money is there to at least get things going,” Raffetto said. “I am imagining a meet where purses will be similar to what we had at Suffolk toward the end for the festivals. I think we could easily be giving out a half-million dollars each racing day.” 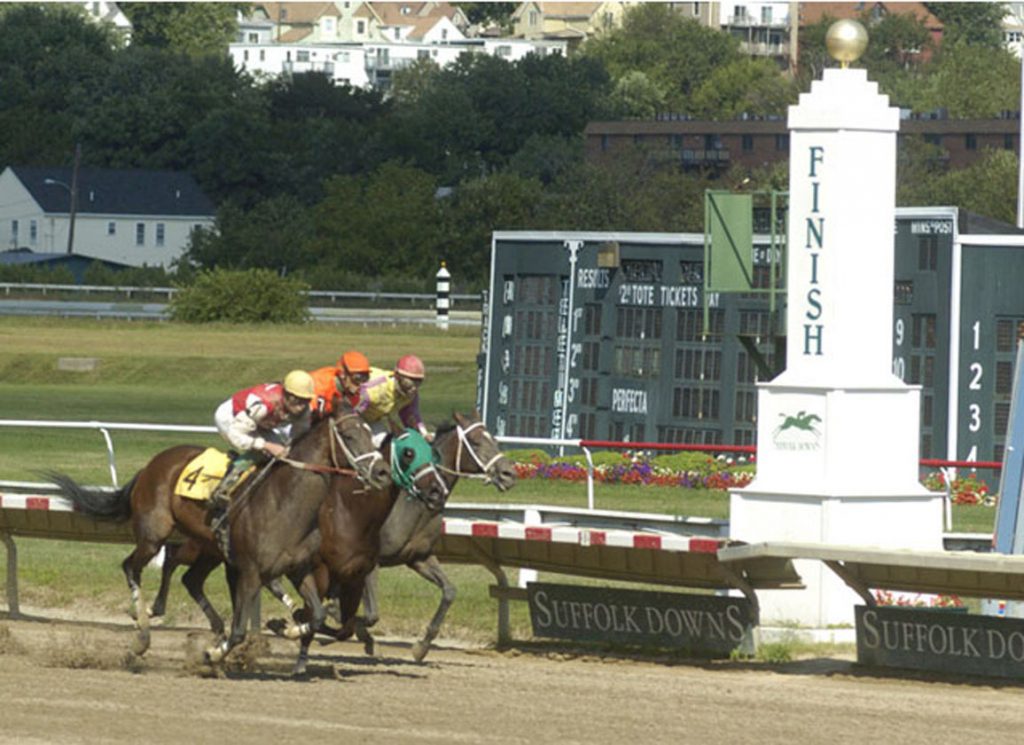 Raffetto said the group has yet to decide where to build a track, but said two locations are under consideration, both in the western part of the state. Finding a municipality that will allow a racetrack to be built within its borders has been an issue. Commonwealth Racing thought it had found its home when putting forth a proposal to build a track in Sturbridge. Zoning changes were needed to approve an agriculture and zoning overlay district to move the project forward, but, last October, Sturbridge voters rejected a proposal that called for the building of a track and a community center.

“A month from now we will be ready to release the site,” Raffetto said. “We have found two places. Now it's matter of seeing what makes most sense. There are pros and cons to each one.”

The plan is to build a small facility that can comfortably hold 3,000 to 4,000 fans. Raffetto said building the track may cost about $60 million.

“A lot depends on the nature of the facility,” he said. “How big and ornate do you want the facility to be? Are you building permanent barns, are you bringing in barns that would be temporary structures set up just for the meet? If you are going to build a track from scratch, the building, the barns and everything else that goes with it, it probably would end up costing you $60 million for a simple structure. Does it mean that's what we will spend? It could be. Some of the estimates we've gotten have been greater than that. It really depends on the location. It could be $50 million, it could be $90 million. We want a first-class facility, don't get me wrong. But we want something that makes sense in this day and age.”

There is a glut of racing already operating in the Northeast and the horse population shrinks every year, which could make it hard for a new Massachusetts track to find enough horses to put on a show. With that in mind, Raffetto said the plan is to run a short meet, most likely in the fall. In addition, there will be just one racing surface–a grass course.

“Racing the way we knew it, with a track running for 100 or more days, well, the horse flesh is just not there to do that,” he said. “You have to keep it special. Those festival meets we did at Suffolk worked. We're trying to make this more of a festival-type thing rather than an everyday humdrum-type operation. We will have one course–a wide turf course where we can have two or three positions for the rail. Trainers want to run on the grass.”

As far as when the proposed track, which does not yet have a name, might open, Raffetto said it will happen “sooner than a lot of people might expect.” One possibility, he said, is that racing could get underway before the stands are built.

“It wouldn't be something like three years out,” he said. “Who knows? It could wind up being next year.”

Racing isn't expanding. It is contracting. Just last year alone the sport lost Arlington Park and Calder and several tracks are being kept alive only so that their owners can keep their casinos. Can a new track, far removed from a major city, one where the owners have no expectations of profiting from a casino, make it? It won't be easy, but in Massachusetts they appear ready to give it a try.