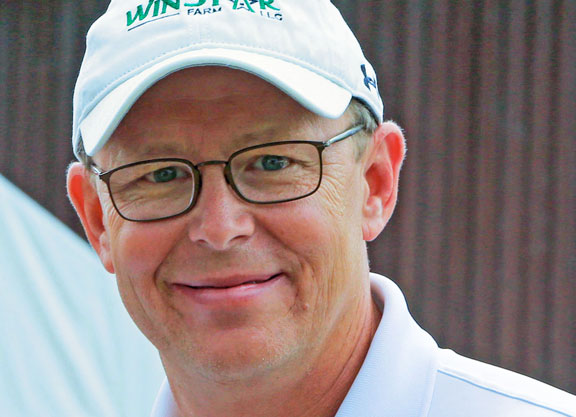 WinStar Farm has promoted Liam O’Rourke as its new Director of Stallion Sales, and has hired Chris Knehr to join its Stallion Season Sales team.

“I am really excited about our Bloodstock Team,” said Elliott Walden, president and CEO of WinStar Farm. “Liam deserves the opportunity, and as our clients have gotten to know him, they have appreciated his professionalism and knowledge. Chris is a key hire because of his commercial background and his knowledge of regional markets.”

O’Rourke, originally from Toronto, Ontario, developed a keen interest in racing from an early age and began working at Woodbine racetrack while in high school. After completing the Irish National Stud Course in 2008, O’Rourke spent four years in season sales for Adena Springs and held the position of Stallion Services Manager at Millennium Farms prior to joining the WinStar Bloodstock Team in 2016.

“WinStar Farm is an innovative and dynamic organization that strives to serve its customers with the highest standard of horsemanship and world-class service,” O’Rourke said. “I am excited to grow and be part of a great team at WinStar. I look forward to this opportunity and sharing future success with our shareholders and customers.”

Knehr, originally from New Jersey, pursued his business degree at Virginia Tech. Upon graduation, he completed an internship at Overbook Farm during the breeding season. Knehr returned to Overbrook Farm following graduate school to pursue his passion in the Thoroughbred industry, working as the farm’s Assistant Stallion Manager. He transitioned into sales, working for several consignors, and gaining experience in sales prep, private/public sales, market analysis, and mating recommendations, which ultimately led in 2010 to his own consignment and bloodstock agency, Catalyst Bloodstock. Knehr is a supporter of the Thoroughbred Aftercare Alliance and the Retired Racehorse Project and he resides on a small farm in Midway, Ky., with his wife, Erin, and daughters.

“I am very excited to be joining the WinStar team,” Knehr said. “I look forward to utilizing my previous experiences in order to contribute to the continued successes at WinStar Farm.”