Wide Spectrum of Sporting Art Under the Hammer 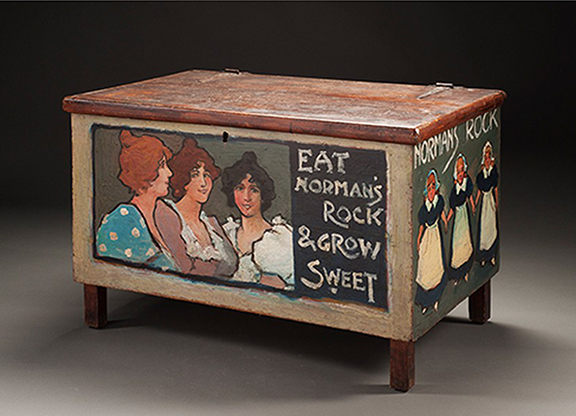 The professionals assessing possible purchases in the surrounding barns know all about the mysteries to be read in the head of a horse. In the eye, most obviously, but also the set of the jawbone or the shape and movement of the ears: an anatomical ensemble that can, many claim, condense much of the disposition and outlook and even, ultimately, the quality of a Thoroughbred. But they won't ever have seen one quite like that guarding the entrance to the lobby of the sales pavilion.

The bronze Still Water III, one of an edition of three by the British sculptor Nic Fiddian-Green, is one of the highlights of a sporting art auction that will on Sunday week handsomely extend the one currently taking place in the adjacent ring. For many wealthy patrons, no doubt, the uncertainties of their investment in mares and weanlings will present an alarming contrast to the fixed and tangible glory of the lots exhibited along the walls of the auditorium corridor.

Fiddian-Green's international reputation is such that Lot 97 carries an authentic “Book 1” estimate of $200,000 to $250,000. It is a characteristic piece, albeit at six feet scarcely on the scale of the gargantuan equine heads that have made his name in such noble settings as Goodwood racecourse, Daylesford and Marble Arch. Outsized as it is, it is a fragment: a Fiddian-Green trademark, tracing to his obsession with one of the Elgin marbles, the Selene Horse, since a visit to the British Museum as a student at the Chelsea School of Art in 1983. Yet it has a stark, strange wholeness; and in the same way, the streaks of verdigris bleeding from the neck are confounded by the stillness and peace rooted in the sleepily half-closed eye. Another triumphant contradiction is the lightness and delicacy achieved in what is, foremost, a great big piece of heavy metal.

But the catalogue also embraces many masterly works of an older school-including another precious item that very much focuses on calm and serenity in the horse. For a long time, of course, painters struggled to depict the racehorse at the gallop as its locomotion had not yet been broken down by freeze photography. And if there were additional reasons to recommend the conformation portrait, as an anatomical document, then John E Ferneley Sr's charming Lord Robert Grosvenor's Hunters at Moor Park, Rickmansworth, shows another dimension of a relatively “still life” with four horses at pasture. It is offered as Lot 40.

An estimate of $125,000 to $150,000 actually compares favourably with the painting's last appearance at auction and Ferneley remains esteemed as perhaps second only to Stubbs in the classic school of equine art. This particular work, moreover, has a resonant provenance in having been commissioned for the collection of Grosvenor-created first Duke of Westminster a few years after completion of this painting, dated 1853, and one of the Turf's most important patrons. His stud was a wellspring of some of the great Victorian champions, some of whom can be credited as linchpins of the dominant sire-lines of today.

Sir Alfred Munnings is represented by one of the more unique offerings in the catalogue, with lot 60, Norman's Rock, a pineboard box he painted for a friend, James Norman, a toffeemaker who sold his wares under the name of Norman's Rock. On Saturday afternoons, Norman would wheel an old pine box fixed onto the wheels of a pram into town to sell the toffee. “One day he brought this vehicle to the studio, and I painted three pretty girls' faces on one side with the lettered advertisement thus: `Eat Norman's Rock and Grow Sweet,'” wrote Munnings in his autobiography. “On the other side I painted three old maids with sour faces and wrote: `Norman's Rock Cures Sour People.'”

The full catalogue can be accessed at thesportingartauction.com. The sixth Keeneland auction of Sporting Art takes place at the sales pavilion at 2 p.m. on November 18.