Who's Your Pick? Andrew Cary 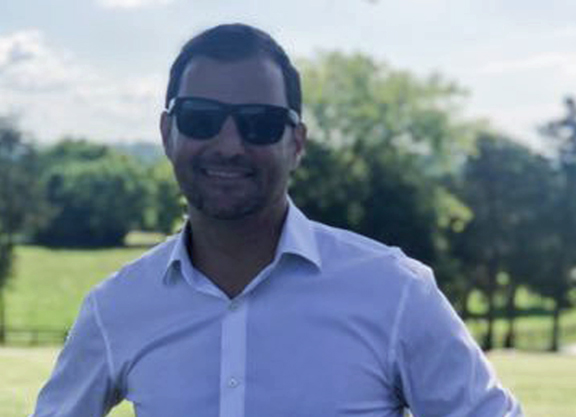 As we approach the end of the calendar, we turn our attention to the incoming sire class of 2021. We asked several judges who their favorite incoming sire is for next year and if there are any other stallions, new or otherwise, that have caught their eye as under-the-radar picks.

This is a very strong group of incoming freshman sires and it's very hard to just pick one, but I am a huge fan of McKinzie. I think had he retired in a “normal” year, he would have stood for more.

When he was at the top of his game in the summer of 2019, he was the best horse in the country. He was incredibly unlucky not to win the GI Met Mile (where he only got to run for about a sixteenth of a mile) and he galloped to a very easy win in the GI Whitney S. against a strong field and in fast time.

Any horse who can compete at the highest level from ages two through five and run first or second in 14 graded stakes has to be immensely respected.

In addition, he's got the strong physical and pedigree that the market requires. Street Sense is a tremendous sire who still has plenty of years of production left, and his dam Runway Model (Petionville) was an elite runner herself. Bob Baffert was always very high on this horse from the moment he entered his shedrow. I think Gainesway did a great job pricing him where they did and my clients are breeding five mares to him.

I think Instagrand is the potential home run horse of this whole crop, especially at his stud fee. He is a tremendous physical by the hottest sire on the planet, was a $1.2 million 2-year-old and flashed top level ability from the get go. He did train on as a 3-year-old to place in the GI Santa Anita Derby against the previous year's champion 2-year-old Game Winner (Candy Ride {Arg}) and Roadster (Quality Road).

Unfortunately he never got to truly fulfill all of his potential on the racetrack, but his profile matches up with many top stallions who began their careers standing for under $15,000 (including his own sire Into Mischief, as well as Distorted Humor, Mr. Prospector, Danzig, War Front, etc).

I encourage people to go back and watch Instagrand's first two races–his maiden win and the GII Best Pal S., both of which he won by over 10 lengths. They are jaw-dropping. Mr. Larry Best (leading buyer at Keeneland November Sale) has made a huge commitment to the horse and my clients will be supporting him strongly as well.

This story was posted in Shared News and tagged Andrew Cary, Cary Bloodstock, Gainesway, Instagrand, Into Mischief, McKinzie, Street Sense, Taylor Made, Who's Your Pick? 2021 Sires.