Who's Your Pick? Aidan O'Meara 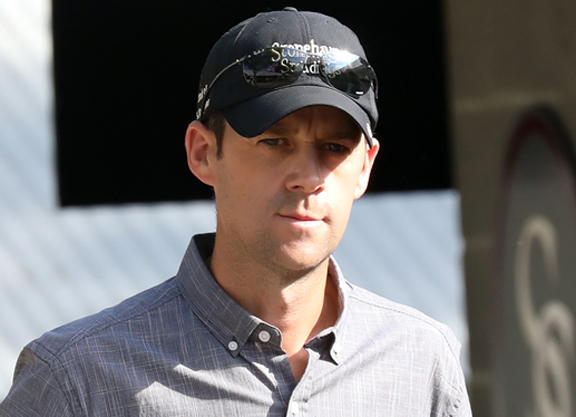 As we approach the end of the calendar, we turn our attention to the incoming sire class of 2021. We asked several judges who their favorite incoming sire is for next year and if there are any other stallions, new or otherwise, that have caught their eye as under-the-radar picks.

The horse we're most excited about this year is a bit of an obvious one, but it has to be Authentic. His sire has developed into the preeminent sire of this past five years and has set himself up to carry that status well into the next decade and beyond.

When a sire hits that stratosphere and puts himself out of reach of most of your broodmare band, you hope that a significant son of his shows up to give you a viable alternative and thankfully, Authentic is that and more. A horse that showed raw brilliance from day one, he is one of the more exciting prospects to retire in recent years and a stand-out in a group of young horses that is arguably one of the stronger incoming classes in the last decade.

What I consider to be one of the more significant things to do as a racehorse to showcase your potential future abilities as a stallion is to win the Breeders' Cup Classic as a 3-year-old. Only a handful of horses have been able to do it and most of them have gone on to be significant sires- Sunday Silence, Unbridled, A.P. Indy, Tiznow, Curlin and most recently American Pharoah. Authentic's win this year in the Classic and the manner and time in which he did it coupled with wins in the GI Kentucky Derby and GI Haskell S. gives me a lot of confidence that we may have something potentially special on our hands with him.

He was picked out as a yearling by one of the sharpest teams in the business [SF Bloodstock, Starlight West] and that will tell you a lot about his physique. He is somewhat atypical of the sire line in that he has a larger frame and stretch than what normally is seen and has a body that will only be further complimented as he matures.

I was fortunate enough to see him a couple of mornings on the run up to the Breeders' Cup and he's a horse that just exuded class as he cruised around Keeneland. We will be breeding a couple of A-team mares to him, the dam of Shanghai Bobby (Harlan's Holiday) being one of them.

There are plenty of value sires in the 'breed to race' sphere. Paynter, Midnight Lute, Lookin at Lucky, etc. have consistently delivered at the racetrack but have been held back commercially for different reasons and make for limited commercial plays. Any proven sire that has shown commercial appeal to go along with racetrack success has sky rocketed in the other direction to where it only makes sense for a handful of breeders.

Despite what was a very difficult year for most farms trying to sell yearlings, the stud fee market has not been very reflective of that and just about all stud fees for established sires with any commercial appeal and all of the incoming freshman sires are about what they would have been at this time last year.

That being said though, the one young sire that I thought jumped out from a value standpoint was War of Will at $25,000. He's a very attractive horse that gets your attention two steps out of his stall. He carries more size than expected from the sire line and has a classy yet masculine look that we like to see in young prospects. He's a Grade I winner on dirt and turf and has a big pedigree to back it all up.

Claiborne has traditionally been very selective in their young stallion acquisitions and has developed young stallions who have been commercially successful in the all-important first few years of their careers, as evidenced by Mastery (Candy Ride {Arg}) again last year.

We think War of Will has a big shot to develop into one of the talking horses at the weanlings and yearling sales the next couple of years and offers breeders a great opportunity of commercial success without being over exposed on the stud fee.

Do you have a favorite incoming sire pick for 2021 or a stallion that you think might be under-the-radar next year? Email the TDN's Katie Ritz at [email protected] to give your response.

This story was posted in Shared News and tagged Aidan O'Meara, Authentic, Claiborne Farm, Into Mischief, Spendthrift, Stonehaven Steadings, War Front, War of Will, Who's Your Pick? 2021 Sires.