Who's Your Pick? Adrian Regan 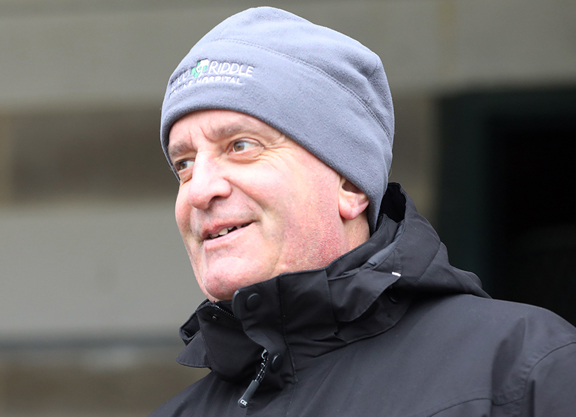 As we approach the end of the calendar, we turn our attention to the incoming sire class of 2021. We asked several judges who their favorite incoming sire is for next year and if there are any other stallions, new or otherwise, that have caught their eye as under-the-radar picks

I hate singling just one, but War of Will made a lot of sense for me. I was very impressed with his physical appearance when we went to see him at the farm. With his performance on the track, he was pretty durable on both dirt and turf which I'm a big fan of. There's not too many horses like that.

For under-the-radar incoming stallions, I was very impressed with Complexity. I thought he was a super physical. He's got a beautiful frame and is an athletic, correct horse. He also was able to carry his speed on the track, which was a big plus. I thought he was good value.

Caravaggio (Scat Daddy, $25,000, Ashford Stud) and Laoban (Uncle Mo, $25,000, WinStar Farm) also both impressed me when seeing them for the first time. I thought they were both very good physicals.