Who's Your Favorite Horse? with Julien Leparoux and John Fulton 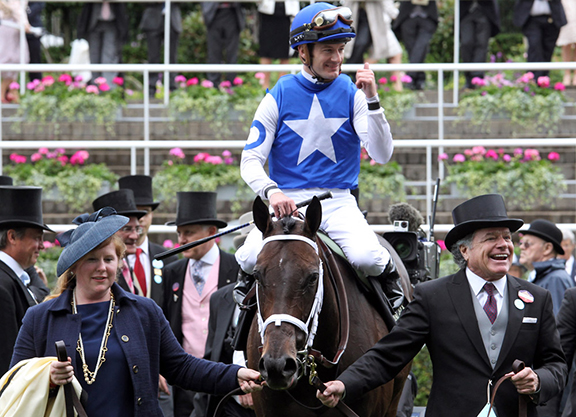 Favorite: My favorite racehorse is Tepin (Bernstein). What she accomplished in her career was amazing and it was an honor to be a part of it. She was also a sweet filly to be around, very playful. She loved to play with my whip when I put it in my back pocket, taking it from me and chewing it.

Best: The best horse for me that I watched was Frankel (GB) (Galileo {Ire}). The way he won his races against very good fields was just amazing.

Favorite: Forego (Forli {Arg}). I shipped into Sherrill Ward's barn at Belmont when Forego was a 3-year-old. He had unsightly ankles already and Mr. Ward said that he would retire when Forego does. Well, he couldn't wait that long as the old warrior kept going until he turned eight. He didn't dodge anyone and almost always gave weight to his competition. He won 34 of 57 starts with 50 in the first three. Consider these three races in a row, as a 4-year-old, all of which he won: 9/28/74 Belmont G1 1 1/2 miles, 10/19/74 Aqueduct G2 7 furlongs, 11/9/74 G1 2 miles. You just don't see horses do those kind of things unless they are really special and have a lot of heart.

Best: I think that we all tend to favor horses from our region and from our time frame. I'm no exception. Bill Shoemaker told me that he thought that Citation (Bull Lea) was the best and Bill was a bit older than me. For me the best was Secretariat (Bold Ruler). What he did in the Triple Crown is well documented but he also impressed on turf in has last two starts. I remember entering the track early at Hialeah on my pony and saw this monster coming around the turn into the stretch. It was Secretariat working seven furlongs before making his first start as a 3-year-old. He went in 1:22 and change and looked like he was in an open gallop. He broke the track record for one mile at Saratoga in a workout going in 1:34. I haven't seen a horse that can compare to him.