Who's Your Favorite Horse 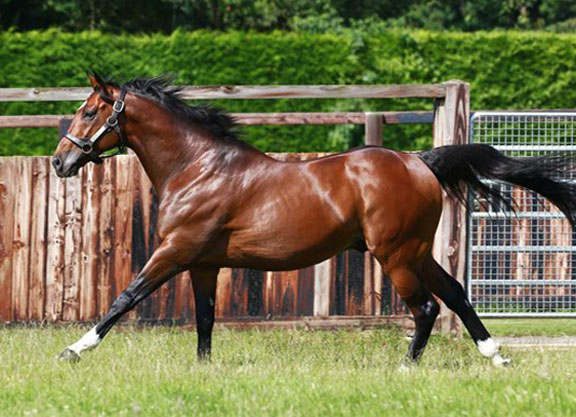 TOM MORLEY, TRAINER
Favorite:  It's very rare that your family own, breed and train the winner of a Group 1 at Royal Ascot. But when Celeric (GB) (Mtoto {GB}) won the 1997 Ascot Gold Cup having been bred by my Uncle Christopher Spence, owned by he and my father, and trained by my uncle David Morley then to me there can be no bigger favourite. He was the horse that got me hooked, the best day out from school in the world was being able to go to Ascot that day. There have been countless that I have trained, not all fast ones either, winning small races with hard trying slow horses is always very gratifying.

Best: The best horse during my lifetime, in my opinion, was Frankel (GB) (Galileo {Ire}) but only by a neck from Sea The Stars (Ire) (Cape Cross {Ire}). To put together three seasons like Sir Henry Cecil did was astonishing, but he kept getting better and better. Sea The Stars came at a tough time, when he reeled off his unbeaten 3-year-old season. I never thought I would see the likes again, the way he won the Arc having been on the go since the 2000 Guineas was astonishing. But he came as a prelude to the greatest of all time.

GEOFFREY RUSSELL, KEENELAND
Favorite & Best: Mill Reef (Never Bend) was the first horse that really got me interested in racing, breeding and pedigrees so he is my favorite and best racehorse. He won 12 of his 14 starts and was only beaten by champions, My Swallow and Brigadier Gerard. The first race I remember seeing him win was the Gimcrack S. at York when he won by many lengths. The following year, the 2,000 Guineas had a small but select field. In a thrilling race, Brigadier Gerard came up the rail and beat Mill Reef with My Swallow third. Considering, he was beaten by Brigadier Gerard, who was unbeaten at the time and is remembered as one of the best milers of the 20th Century, in hindsight, it was not a bad run. It would be the last time Mill Reef would lose. He won his next six races, all Group 1s and that record he held for 30 years.

Mr. Paul Mellon's silks in England were black with a large yellow cross, which were difficult colors to follow on a small black and white TV but, luckily, he always wore that distinctive shadow roll which made him easy to follow. The first time in the Epsom Derby I could see him was when he came cantering around Tattenham Corner. I do not think Geoff Lewis asked Mill Reef to run until the furlong pole and he won by three or four lengths.

Mill Reef then took on older horses in the Eclipse S. and the King George VI and Queen Elizabeth S. at Ascot, which he won easily. His final race of the year was the Prix de l'Arc de Triomphe, the most prestigious race of the year in Europe, which he won in record time beating the top French 3-year-old Pistol Packer, who was also a U.S. bred.

Mr. Mellon kept Mill Reef in training as a 4-year-old. He won the Prix Ganay and the Coronation Cup. The highlight of the summer was to be the rematch with Brigadier Gerard in the inaugural running of the Benson and Hedges Gold Cup at York, now known as the Juddmonte International S., but it was not to be. He shattered his cannon bone on the gallops at Kingsclere, but thanks to Mr. Mellon, innovative veterinary science and wonderful care his leg and his life were saved.

Mill Reef is still the only horse to win the Epsom Derby, Eclipse S., King George VI and Queen Elizabeth S. and the Prix de l'Arc de Triomphe in the same year.
Mill Reef will always be my favorite racehorse and best racehorse.