Home » Archive » Shared News » Who Will Be This Year's Leading Freshman Sire?

Who Will Be This Year's Leading Freshman Sire? 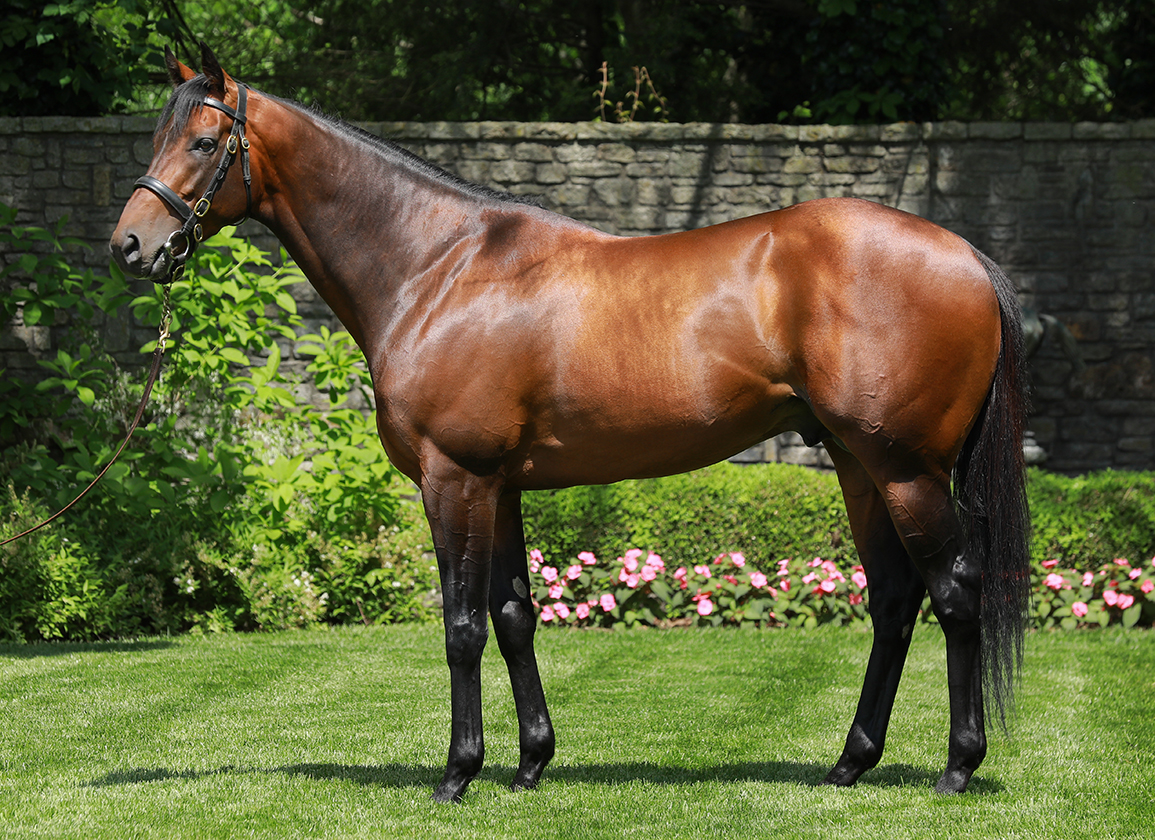 From a stellar class, which freshman sire will emerge on top? And what sire currently flying under the radar will be the year's biggest surprise? With the first 2-year-old sale of the season, OBS March, now in the books, we thought it would be a good time to ask the experts:

JUSTIN CASSE
Top pick: Mendelssohn (Scat Daddy–Leslie's Lady, by Tricky Creek). 2022 fee: $35,000, Coolmore America.
“I saw some very athletic two-turn horses by Mendelssohn with size, scope, strength, and balance. They were very athletic types and they breezed fast. I didn't imagine some of them putting in as quick a breeze time as they did, but the fact that they did and are bred and built to go two turns, that would make me excited. They were attractive, athletic types that were scopey. Not all horses built like that have speed, but they showed speed. It was impressive to see what they were capable of.”

Under-the-radar pick: Cloud Computing (Maclean's Music–Quick Temper, by A.P. Indy). 2022 fee: $5,000, Spendthrift Farm
“I think they were well-balanced, solid, with good bone, good substance, size scope and strength. I vetted three or four of them, and they were typically good-moving horses, with little wasted action, and very good walkers. I think what you're seeing is that the yearling market was so strong last year that most of the pinhookers probably needed to step down their choice of the desired freshman sires. They probably couldn't afford most of the ones that everybody wanted, so you had a horse like this who was throwing quality individuals and they were falling into those pinhookers price bracket at the yearling sale. They were a pleasant surprise at the sale. These horses looked more like milers–precocious with a good walk. I'm sure there's a lot of Maclean's Music coming through there.”

DAVID INGORDO
Top Pick: Bolt d'Oro (Medaglia d'Oro-Globe Trot, by A.P. Indy). 2022 fee: $20,000, Spendthrift Farm.
“I thought Bolt d'Oro was an immensely talented horse. I saw him training in California and always got really good reports on the horse. When I saw his offspring , I thought they were nice horses and very athletic. Then I watched them develop from yearlings into two-year-olds and they all came forward really nicely. We have some going into training that we bought as yearlings that we are pretty high on. Then seeing his sales horses kind of put the exclamation point on it.”

Under-the-radar pick: Accelerate (Lookin at Lucky-Issues, by Awesome Again). 2022 fee: $15,000, Lane's End.
“Disclaimer, I was intimately involved with Accelerate. We bought him as a yearling and we broke him at the Mayberry's. We sent him to John Sadler and he stands at Lane's End. I've been watching him since his yearling year. That's how long he's been part of my life. He's never let us down and he improved from year to year. I'm very high on the ones we have in training and we bought a few more at the sales because we didn't have enough. He's never missed a mark. He's done everything right for us. These ones at the two-year-old sale are showing some speed, which he himself had. The criticism is that he didn't start running until later on. He was a May foal and we took our time with him and let him grow up. The ones with earlier foaling dates are showing precocity and speed. I've been happy with the ones we have at the farm and the ones I've seen at the sale.”

LAUREN CARLISLE
Top Pick: Mendelssohn.
“They have size, scope and the ability to run on turf or dirt.”

MIKE RYAN
Top Pick: Good Magic (Curlin-Glinda the Good, by Hard Spun). 2022 fee: $30,000, Hill 'n' Dale Farms.
“It's a very strong crop this year. You have the five main sires-Justify, City of Light, Mendelssohn, Good Magic and Bolt d'Oro. It's a loaded generation. Some people will say I am biased, but my pick is Good Magic. People might say he's picking him because he's his own horse. I have seen quite a few training at Stonestreet and at Niall Brennan's and some other places and I was very impressed with what I saw. They are very much like him. Great attitudes. Great demeanors. Great appetite for training and they enjoy what they are doing. They are focused and committed, a trainer's dream. He was like that himself. I like Mendelssohn quite a bit, too. It might be a flip of the coin between Mendelssohn and Good Magic.”

Under-the-radar pick: Cloud Computing.
“Niall Brennan has a couple that I have seen train and I was most impressed by them. He reminded me a little bit of Upstart from a few years ago. I didn't give Upstart a whole lot of recognition at the yearling sales. But when I saw them train as two-year-olds I was very impressed with them. I think Cloud Computing will prove to be a good value. They're well grown. They've got speed. But I don't think they'll be limited to one turn. ”

LIZ CROW
Top Pick: Bolt d'Oro.
“I have been really impressed with the Bolts overall physically. A bunch of them breezed well at OBS. They were quick and precocious.”

Under-the-radar pick: Cloud Computing.
“We had the Cloud Computing that we sold for $560,000. We bought him as a yearling and he just improved every day since we bought him. We have another one that is going to the April sale that we like as well. The ones I've been around have been really nice horses.”

JARED HUGHES
Top Pick: Good Magic.
“He was a good two-year-old and his offspring have a lot of quality to them. They are very classy. I think they will be forward enough to be around for the big fall races. I don't expect them to be early. I more expect them to start winning in the two-turns races. Like the Connect model.”

Under-the-radar pick: Accelerate.
“They have the right shape and they seem to have really good attitudes. They seem like they could be forward, even though he, as a racehorse, wasn't that forward.”