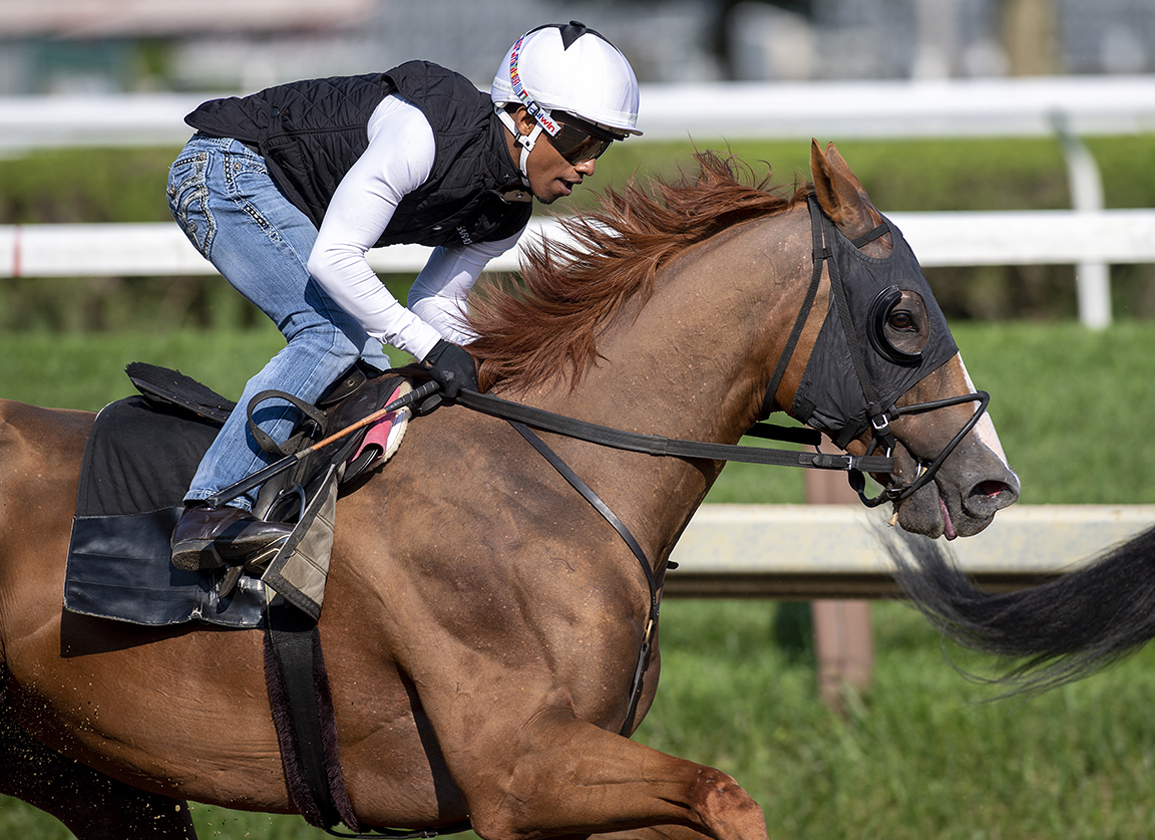 Reigning champion sprinter Whitmore (Pleasantly Perfect), third in his latest start in the May 1 GI Churchill Downs S., recorded his final serious breeze Friday in preparation for the GI Alfred G. Vanderbilt H. July 31 at Saratoga. The 8-year-old, who won the GI Breeders' Cup Sprint in November at Keeneland, went a half-mile in :48.78 seconds over a fast main track, 12 days after completing the same distance in a swift :47.21 seconds. Trained by Ron Moquett, the gelding has amassed more than $4.4 million in lifetime earnings through a record of 41-15-13-4, which includes seven graded stakes victories at four different racetracks. His only prior victory at the highest level was registered in the 2018 GI Forego S. at Saratoga.

Whitmore was second in last year's Vanderbilt, finishing 1 1/4 lengths behind Volatile prior to a seventh in the 2020 renewal of the Forego, contested over a sloppy track.

“He went very well this morning,” Moquett said. “I told the rider I wanted :48 or :49 and he did it, and did it the right way so I'm very pleased. He's training well, doing well, and I like the way he's running. I couldn't be more pleased with how everything is right now. He likes the surface at Saratoga. It's a good track and it seems like he's settled right in.”

Moquett indicated the Breeders' Cup Sprint is the main objective with the possibility of using the GII Phoenix S. Oct. 8 at Keeneland will serve as a springboard. Whitmore captured the 2017 Phoenix. Jockey Ricardo Santana, Jr., who has piloted Whitmore 17 times, including his last three starts, and will have the call for the Vanderbilt.

August Dawn's Three Technique (Mr Speaker) is also on target to contest the Vanderbilt. He finished third most recently in the seven-panel GII John A. Nerud S. at Belmont July 4.

“We've made the commitment to see how he handles sprinting and concentrate on the races that fit that category for him,” said trainer Jeremiah Englehart. “He's always trained fairly well up here. Since he came in during the spring, he's been training forwardly and doing very well.”