Home » Archive » Shared News » Where Are They Now: Zenyatta's Sons, Cozmic One and Ziconic

Where Are They Now: Zenyatta's Sons, Cozmic One and Ziconic 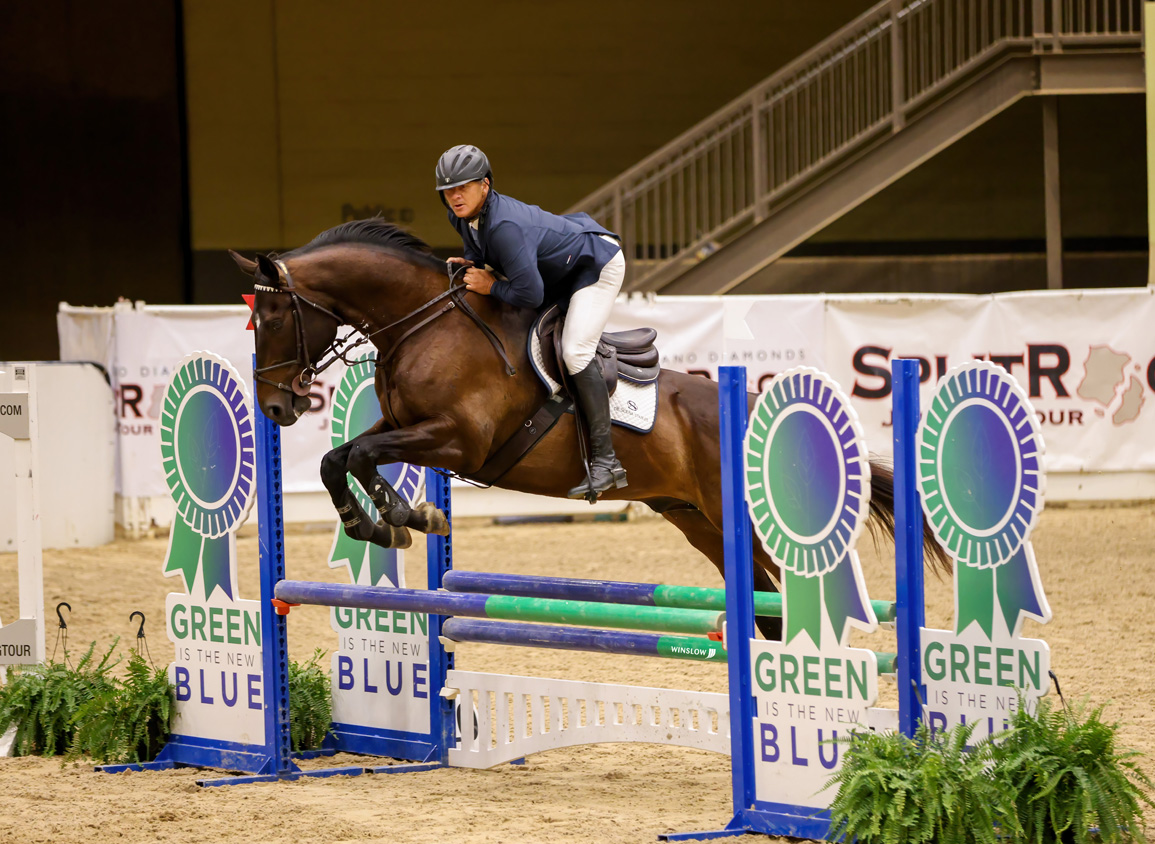 In this new TDN column, Christie DeBernardis will tell the stories of popular and/or accomplished former racehorses who are now enjoying second careers as show horses, track ponies, etc.

The first two foals out of the mighty Zenyatta, Cozmic One (Bernardini) and Ziconic (Tapit), never reached the winner's circle during their brief careers on the racetrack, but they are both thriving in their second careers as jumpers and ambassadors for off-track Thoroughbreds.

The elder brother, Cozmic One's second career has been well documented in these pages (Cozmic One: Shining New Light on OTTBs and Checking in on Cozmic One) in the past, but we checked in with Hidden Brook Farm's Sergio de Sousa and his daughter Isabela for the latest update.

When Cozmic One first came to the de Sousas, he was Isabela's charge. An accomplished equestrian, Isabela was consistently in the blue ribbons with her OTTBs at the annual Thoroughbred Makeover, which was her first goal with “Coz” back in 2018.

When Isabela started traveling to pursue her career as a professional equestrian, Sergio took over the reins on Cozmic One. The two have been competing in jumper shows, focusing on the Take2 program, which partners with United States Equestrian Federation-rated horse shows that offer C-rated Thoroughbred hunter and jumper divisions, which are restricted to Thoroughbreds registered with The Jockey Club. They will also be competing in the Real Rider Cup for the second time this year in their new Kentucky-based event July 9.

“Isabela is around this summer, so if she wants to jump him she can, but he is basically my fun horse now,” Sergio said. “I just want to continue having fun with him and doing things like the Real Rider Cup. We did the .85 [meter jumpers] last week at the [Kentucky] Horse Park. I hope to qualify for the Take2 finals with him at the Horse Park in September.”

Cozmic One is now 10, which is considered old for a racehorse, but is the prime age for show horses.

“He has really matured,” Sergio said. “He is a much stronger horse now and I have improved my riding. We are just having fun and enjoying each other.”

“Coz is doing great and him and my dad are developing a lovely partnership,” Isabela added. “They both are learning from one another and are enjoying themselves while doing it.”

While Cozmic One is enjoying the lush Kentucky bluegrass, his year-younger half-brother Ziconic remained on the West Coast when he left trainer John Shirreffs's barn three years ago. He was placed under the care of Linda Moss and her husband George Bedar, who already had a former Shirreffs trainee campaigned by Zenyatta's owners, Jerome and Ann Holbrook Moss, in her barn in Milyone (Maria's Mon).

Linda Moss became friends with Ann Holbrook Moss and Dottie Ingordo-Shirreffs back in 2011 when she honored Zenyatta at a local conference for women in business.

“I am a board advisor to the Professional Business Women of California and we have a conference every year,” Moss explained. “The theme for our conference in 2011 was connect, explore, inspire and I was responsible for producing the inspire section. I wanted a special woman to represent the inspired section and I chose Zenyatta to do that.”

The next thing Moss did was head to Hollywood Park to meet the queen herself.

“Shortly after the conference, I went down to the track and met Zenyatta,” said Moss, who had owned Arabs in the past, but always loved Thoroughbreds. “My older Thoroughbred Milyone was there, about three stalls down from Zenyatta. He just kept calling out to me as I was walking down the barn aisle. When I went up to his stall, he just put his head in my neck. John said, 'He has never done that with anyone before.' I jokingly said, 'Well if he ever needs a home, he has one.' A year and a half later, Dottie called me and said, 'Do you still want Milyone?'”

Of course, Moss said yes. Then, in June of 2019, she received another call from Ingordo-Shirreffs.

“When Ziconic was ready to be retired, Dottie called me and said John and I feel he should go to you,” Moss said. “We talked about it and that is how we got him exactly three years ago.”

According to Moss, Ziconic is well aware of his royal heritage and enjoys the attention that comes along with it.

“Ziconic is the type of horse who knows who he is and likes to be treated special,” she said. “He is extremely proud. He is probably the smartest horse I have ever been around. He is also very playful and loves an audience.”

Moss said Ziconic has taken to off-track life very well. He started his retraining as a jumper with trainer Sarah Pollock and the pair even won their first show together back in 2020. Unfortunately, Ziconic's show schedule was interrupted by the COVID-19 pandemic and an EHV outbreak in the state of California.

“He is really enjoying his off-track life,” Moss said. “We give him a lot of diversity. He is kind of the king of the farm he is at right now, Eclipse Equine Sports Therapy Center in the Santa Ynez Valley. He was originally at a sporthorse farm, training with an amazing trainer, Sarah Pollock. She did an amazing job transitioning him.”

She continued, “He really loves to jump and be in the arena, getting all the cheers and being photographed. It has been a very inconsistent show career for him because of COVID and the EHV outbreak. We gave him the winter off. He is back in a jumping program now with the goal of showing in the fall jumping circuit. We will probably start him back at the .80 or .85 [meter], but he was jumping a meter previously.”

Under the care of Moss and the de Sousas, both of Zenyatta's boys have found their callings. They have taken the athletic ability and winning attitude they inherited from their superstar dam to new venues, shining a brighter spotlight on off-track Thoroughbreds everywhere in the process.