What’s in a Name: Enola Gay 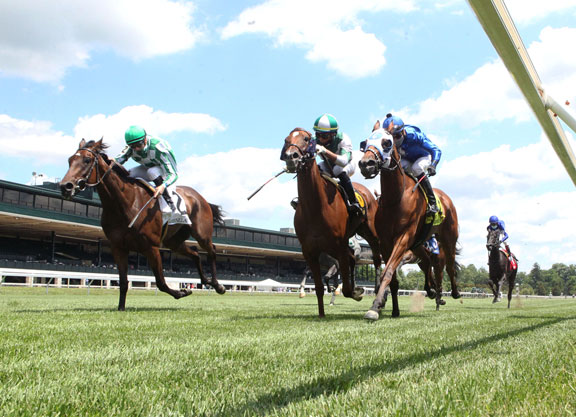 Saturday’s GII Appalachian S. winner Enola Gay and her dam Dakota Queen carry names of WW2 flying machines (with parallel connections to family females). Enola Gay is the world-famous nickname of the B-29 aircraft who dropped the first atomic bomb on Hiroshima in August 1945 (mother of the pilot, Paul Tibbets, was Enola Gay Tibbets), while Dakota Queen was the Italy-based B-24 bomber valiantly captained by George McGovern in WWII; he made a dangerous emergency landing, saving his crew aboard the badly damaged plane, which was named after his wife Eleanor. George McGovern was a long-serving senator for South Dakota and unsuccessful presidential candidate against Richard Nixon in 1972. Time is so kind to significant names.