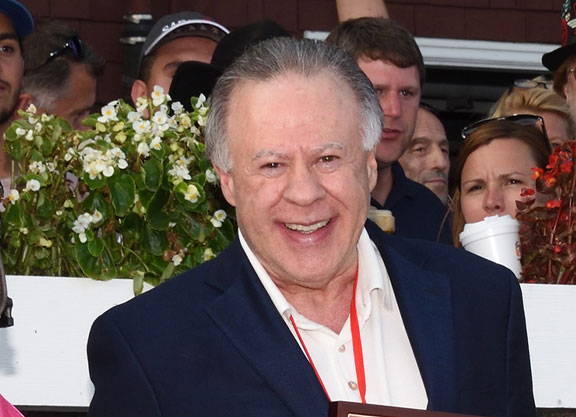 An attorney representing owners Gary and Mary West has reached out to the Kentucky Horse Racing Commission asking that it declare that their horse (Maximum Security) and Country House (Lookin at Lucky) both be considered winners of he GI Kentucky Derby until the dispute over Maximum Security's disqualification is resolved in the courts.

On May 14, the Wests officially filed their lawsuit in a federal court in Lexington contesting the Derby outcome. The Wests are arguing that the Churchill Downs stewards erred in disqualifying Maximum Security, who crossed the finish line first, but may have interfered with several horses, including eventual GI Preakness winner War of Will (War Front). Though not impacted by the chain of events that took place during the Derby stretch run, Country House crossed the wire second and was moved up due to the disqualification and declared the winner.

On Friday, the Wests's public relations team sent out a press release to inform the media that on May 23, the West's attorney Barry Stilz filed an affidavit to the Kentucky Racing Commission requesting that it follow its own rules and recognize Maximum Security as the co-winner of the Kentucky Derby pending final adjudication of the lawsuit.

On that date, the West's legal team wrote to Kentucky Horse Racing Commission General Counsel John Forgy stating that under its interpretation of Kentucky Horse Racing rules both horses must–for now–be declared the winner. The attorneys cite a Kentucky Administrative Regulation they claim specifies that since the outcome of the Derby is “in dispute,” that the purse money and the trophy must immediately be returned to the racing association by order of the stewards. They conclude: “Upon final adjudication of the dispute, the person deemed to be entitled to the purse money or trophy shall be entitled to an order of recovery from any person or association holding the same.”

The letter concludes with the following: “We hereby demand that (a) the Commission immediately and publicly declare both Maximum Security and Country House to be the winners of the 145th Kentucky Derby until the above action is 'finally adjudicated'; and (b) that the stewards order that any purse money previously distributed be returned 'immediately' to the Commission to be held in escrow until final adjudication of the matter.”

A spokesperson for the Kentucky Horse Racing Commission said that it would have no comment on the latest developments. Gary West, on the advice of his lawyers, declined to comment. Stilz declined to answer any questions and referred the TDN to the legal documents that were online and had already been filed.

In a separate filing, Dennis Drazin, an attorney who heads the management team that operates Monmouth Park, was officially added to a long list of lawyers representing the Wests. Maximum Security is stabled at Monmouth for trainer Jason Servis.

It is not immediately clear what the Wests hope to gain by having Maximum Security declared the temporary co-winner of the Derby. That title would be officially stripped away if they lose their court battle and if they are to succeed in court their horse would indeed be declared the 145th winner of the Kentucky Derby. That he was once determined a “co-winner” would bear no relevance on the court's verdict or who goes down in history as the official winner of the race.

West did confirm that the next major goal for Maximum Security is the July 20 GI Haskell at Monmouth and that a prep in the June 16 Pegasus Stakes at Monmouth is possible.