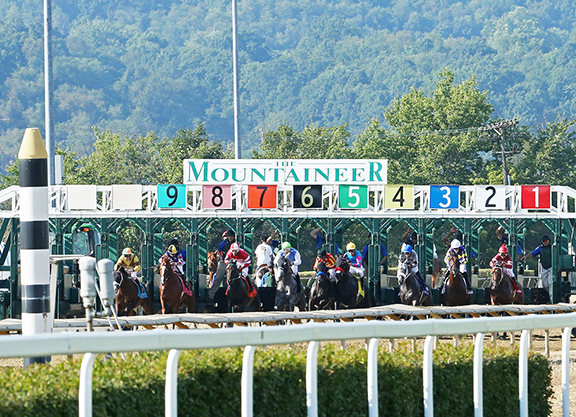 In an effort to play catch-up with other racing jurisdictions in the mid-Atlantic region that have already adopted or are in the process of implementing model rules regarding medication abuse and stepped-up penalty scales, the West Virginia Racing Commission (WVRC) voted to send four proposals backed by the Association of Racing Commissioners International (ARCI) out for a 30-day public commentary period during the board's May 18 meeting.

But when the WVRC meets again to vote on whether to adopt those rules at a yet-to-be-scheduled date, commission chairman Ken Lowe, Jr. said during Tuesday's tele-meeting he won't support the system of fines included within some of those ARCI model rules because he believes they are too onerous for West Virginia trainers to bear.

Lowe was specifically referencing an ARCI model rule that eliminates a previous multi-tiered penalty system for non-steroidal anti-inflammatory drug violations and replaces it with a minimum fine of $1,000 (absent mitigating circumstances), then scales upward for repeat violators by escalating the fine amounts and adding license suspensions.

The WVRC also advanced ARCI model rules that regulate clenbuterol usage, intra-articular injections, and the adoption of the most current Uniform Classification Guidelines for Foreign Substances list (the state currently abides by an outdated version of that list).

“I'm looking at the mid-Atlantic region-Virginia, New York, New Jersey, Delaware, Pennsylvania, Maryland and us,” Lowe said. “And we're the only state that's yet to adopt these rules. I want to tell you, I have been to each one of those racetracks. I have raced [as an owner] at most of those racetracks…. As much as I know [West Virginia] is similar, we are still different in some aspects, [and] everything is not the same here as it is there. It is not just the [six-furlong track at Charles Town]. There's more to it than that….

“I can listen to what California wants and what New York wants and what Kentucky says. But one size doesn't always fit all. So you're going to hear me on occasion-and you've heard me say-I can't agree with this [and] I'm going to continue to hold that position. [So] I think we have to be very careful what we agree to.

“I'm going to give you a couple of comments from commissioner Ken Lowe, okay?” the chairman said, referring to himself in the third person. “Number one, in my opinion, is we don't want to be an outlier. I understand that. But at the same time…I can't agree to do something just because everyone else has. I'm not geared that way…. If it's best for everybody, I'll go along with it. But I just can't let something happen that's not fair to the West Virginia horsemen at Mountaineer or Charles Town…

“I agree with the threshold idea. I really do. But on the other hand…the thousand-dollar [penalty] to a trainer in New York, Maryland, New Jersey, Delaware is a whole lot worse than a thousand dollars to a trainer in West Virginia. Big difference. Big, big, big difference. I can't agree to these amounts of money,” Lowe said.

“We can put it out there now and see what comments come back,” Lowe said prior to calling for a vote. “But I can tell you first thing I will do is probably slice all of those amounts, right off the top.”

Neither of the other two commissioners-J.B. Akers or Tony Figaretti-chose to address the subject, although both voted in favor of advancing the proposal to the public commentary phase.

It was unclear how or if Lowe voted because he did not appear to cast an audible voice vote. After the two other commissioners voted yes, Lowe asked if there was any opposition, then said, “Hearing none, the motion passes.”