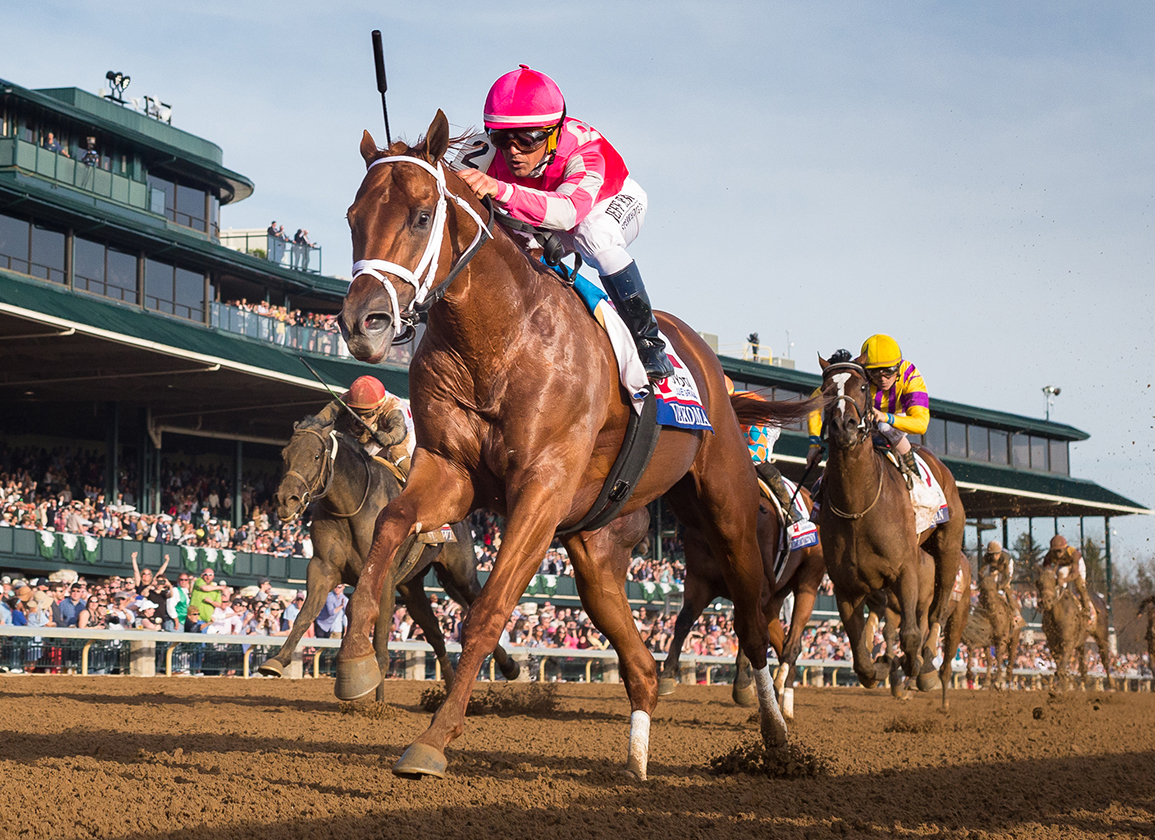 Every week, the TDN publishes a roundup of key official rulings from the primary tracks within the four major racing jurisdictions of California, New York, Florida and Kentucky.

Here's a primer on how each of these jurisdictions adjudicates different offenses, what they make public (or not) and where.

Track: Santa Anita
Date: 04/15/2022
Licensee: Ryan Curatolo, jockey
Penalty: Four-day suspension
Violation: Careless riding
Explainer: Jockey Ryan Curatolo, who rode Silent Beauty in the ninth race at Santa Anita Park on April 10, 2022, is suspended for 4 racing days (April 30, May 1, 6 and 7, 2022) for failure to make the proper effort to maintain a straight course in the stretch, causing interference which resulted in the disqualification of his mount from third to fourth place. This constitutes a violation of California Horse Racing Board rule #1699 (Riding Rules – Careless Riding). Pursuant to California Horse Racing Board rule #1766 (Designated Races), the term of suspension shall not prohibit participation in designated races.

Track: Santa Anita
Date: 04/16/2022
Licensee: Diego Herrera, jockey
Penalty: $750 fine
Violation: Excessive use of the whip
Explainer: Apprentice Jockey Diego Herrera is fined $750.00 for violation of California Horse Racing Board rule #1688(b)(8)(d) (Use of Riding Crop–more than six times–second offense in the past sixty days) during the fourth race at Santa Anita Park on April 15, 2022.

Track: Keeneland
Date: 04/13/2022
Licensee: Bob Hess, owner-trainer
Penalty: $1,000
Violation: Falsifying owner's signature to claim a horse
Explainer: After waiving his right to a formal hearing before the Board of Stewards, Robert B. Hess Jr is hereby fined $1,000 for violating the rules governing claiming by falsifying the owner's signature while attempting to claim “Malibu Marie” from the 4th race at Keeneland on April 8, 2022. Upon receipt of this ruling, the licensee is required within 30 days to pay any and all fines imposed to the Kentucky Horse Racing Commission. Failure to do so will subject the licensee to a summary suspension of licensee pursuant to 810 KAR 3:020 Section 15 (cc).

Track: Keeneland
Date: 04/13/2022
Licensee: Jack Gilligan, jockey
Penalty: Three-day suspension
Violation: Excessive use of the whip
Explainer: After a hearing before the Board of Stewards, Jack Gilligan, who rode Baytown Lovely in the first race at Keeneland on April 10, 2022 was found to have violated the crop regulation. This being his first offense, Mr. Gilligan was given the option and chose to serve a suspension. Jack Gilligan is hereby suspended 3 racing days, April 14 through April 16, 2022 (inclusive) for his improper use of the crop by exceeding the allowable use in the overhand manner.