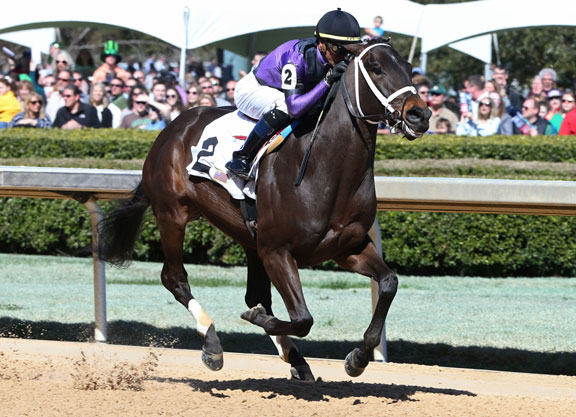 GIII Razorback H. victor Warrior’s Charge (Munnings) headlines a full field in Saturday’s GIII Ack Ack S. at Churchill Downs. Kicking off this term with his first black-type score in the Razorback, the dark bay was second to recent GII Alysheba S. winner By My Standards (Goldencents) in the GII Oaklawn H. May 2. Fourth in the GI Met Mile July 4, he crossed the line second in the GIII Phillip Iselin S. last time at Monmouth, but was promoted to first when the winner was DQ’d Aug. 22.

Ebben (Trappe Shot) takes a step back up to black-type company on a hot streak. Winning while in for a $50,000 tag at Churchill June 13, the gelding scored a decisive optional claimer score at Ellis July 19 and won over this track and trip Sept. 2.

American Anthem (Bodemeister) was purchased by Don Tiger for $145,000 last November at Keeneland and turned over to Danny Gargan. Fourth in the GIII Toboggan S. Jan. 18, he was second in the Stymie S. Mar. 7 and was third in the GI Carter H. June 6. The bay was transferred to Mike Maker, who tried him on turf and found out it was not his preferred surface as the 6-year-old never fired, finishing 11th in the GIII Kentucky Downs Turf Sprint S. Sept. 12.