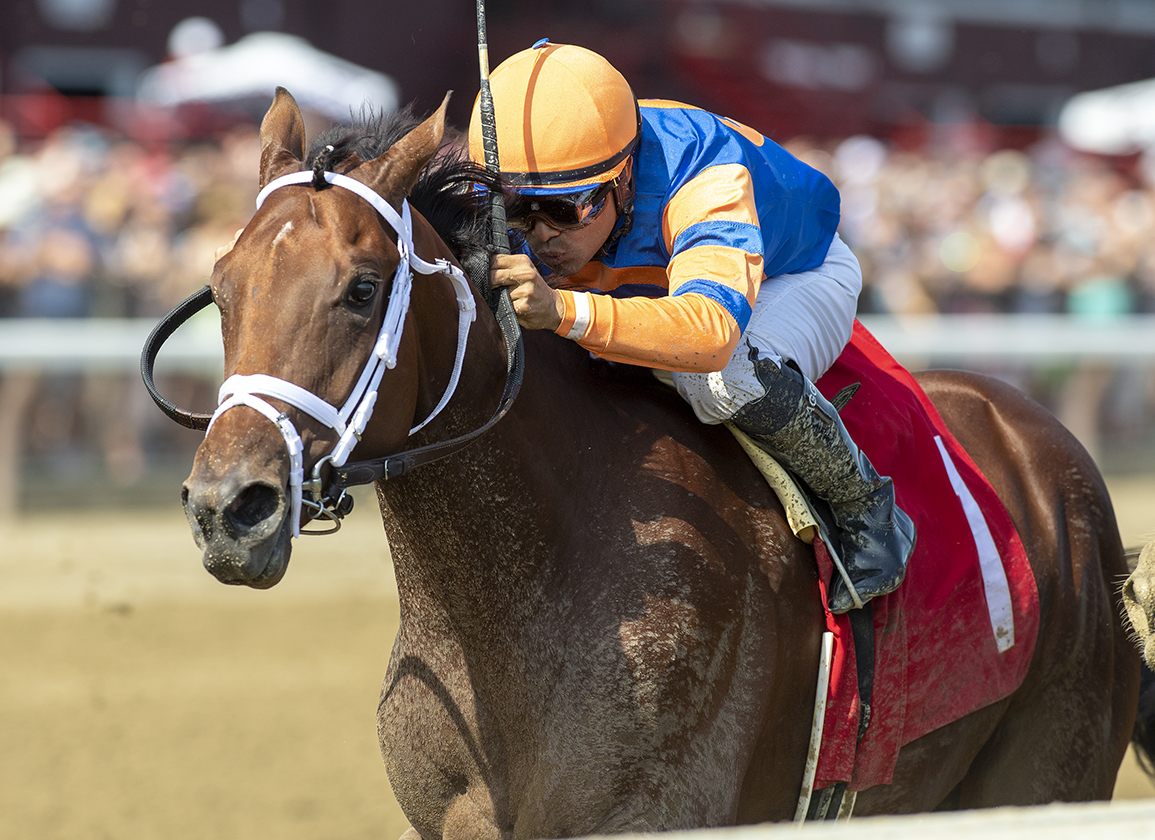 A spot in the starting gate for the GII Breeders' Cup Juvenile Turf Sprint will be on the line in Sunday's GIII Futurity S. at Belmont Park.

The Wesley Ward-trained duo of unbeaten Chi Town Lady (Verrazano) and Poppy Flower (Lea), both scratched out of Saturday's loaded GIII Matron S., are the top two choices on the morning-line while taking on the boys here.

Keeneland debut winner Chi Town Lady switched to turf following some time on the shelf to add Saratoga's Bolton Landing S. Aug. 18. Poppy Flower, in the money in all five of her career starts, followed a second behind her aforementioned stablemate in the Bolton Landing with a third-place finish in the Ainsworth S. at Kentucky Downs Sept. 12.

“I worked him a couple of times on the grass and he seemed to breeze pretty well over it, so hopefully he can step up,” trainer Todd Pletcher said. “It seems like the Outworks are pretty versatile. He's had some winners on both dirt and turf which gives you some options.”

Live Oak homebred Biz Biz Buzz (Fed Biz) graduated smartly after getting bumped at the start in his debut sprinting over the Laurel lawn Sept. 10 while Slipstream (More Than Ready) got it right at third asking with a sharp, front-running score over the Belmont lawn Sept. 18.