War of Will Syndicate Partners with UK Football's Will Levis 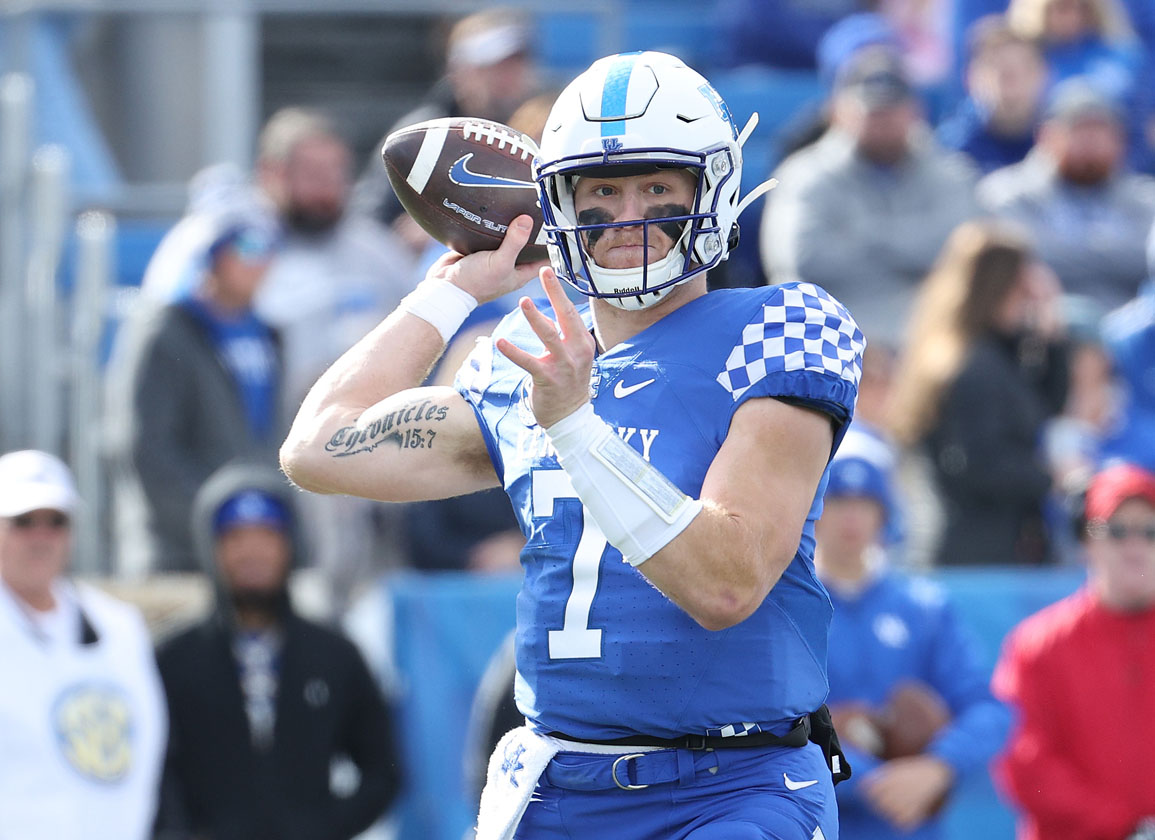 The syndicate that owns MGISW War of Will (War Front), who stands at Claiborne Farm and whose first foals are arriving this year, has entered into a partnership agreement with the University of Kentucky (UK)'s starting quarterback Will Levis. The agreement, which was announced by Sports Management Company Athlete Advantage, is an N.I.L. (Name, Image, and Likeness) deal.

“Will Levis loves racing,” said Claiborne's Walker Hancock. “He came out to the farm two weeks ago and he met War of Will. We filmed a commercial and that will be airing on FOX Sports this weekend on America's Day at the Races. He's going to do some social media posts and help promote the stallion. It's kind of a new approach. It's different. It's innovative. It's a different kind of way of looking at marketing. The name was obviously a big play as well. Kind of made perfect sense, with the University of Kentucky right here, and it has been a great partnership. He's awesome. He's a fierce competitor on the field, but in person, he's easy going, soft spoken, and nice to talk to.”

The agreement will consist of a multimedia advertising campaign that will center on the athleticism of both football players and racehorses. It represents the first N.I.L. deal for any collegiate student-athlete with a Thoroughbred syndicate.

Continued Hancock: “We are thrilled to be the first farm to partner with a Division I athlete in this newly created N.I.L. space. Having a star quarterback help promote one of our young and promising stallions is a new way of advertising that we think provides a perfect synergy of our brands. Will's athleticism and performance displayed on the football field mirrors what we saw with War of Will on the racetrack and the reason he is such an exciting stallion prospect.”

War of Will, best known for his GI Preakness S. win after being impeded with in the GI Kentucky Derby and praised for his athleticism for staying on his feet, also won a number of other graded races, including the GI Maker's Mark Mile on the turf.

From Connecticut, Levis threw for over 2,820 yards last year and is attributed with 24 touchdowns. He was part of UK's second win in the VRBO Citrus Bowl and one of the school's most successful seasons on record.

This story was posted in Top News and tagged Claiborne, NIL, Walker Hancock, War of Will, Will Levis.