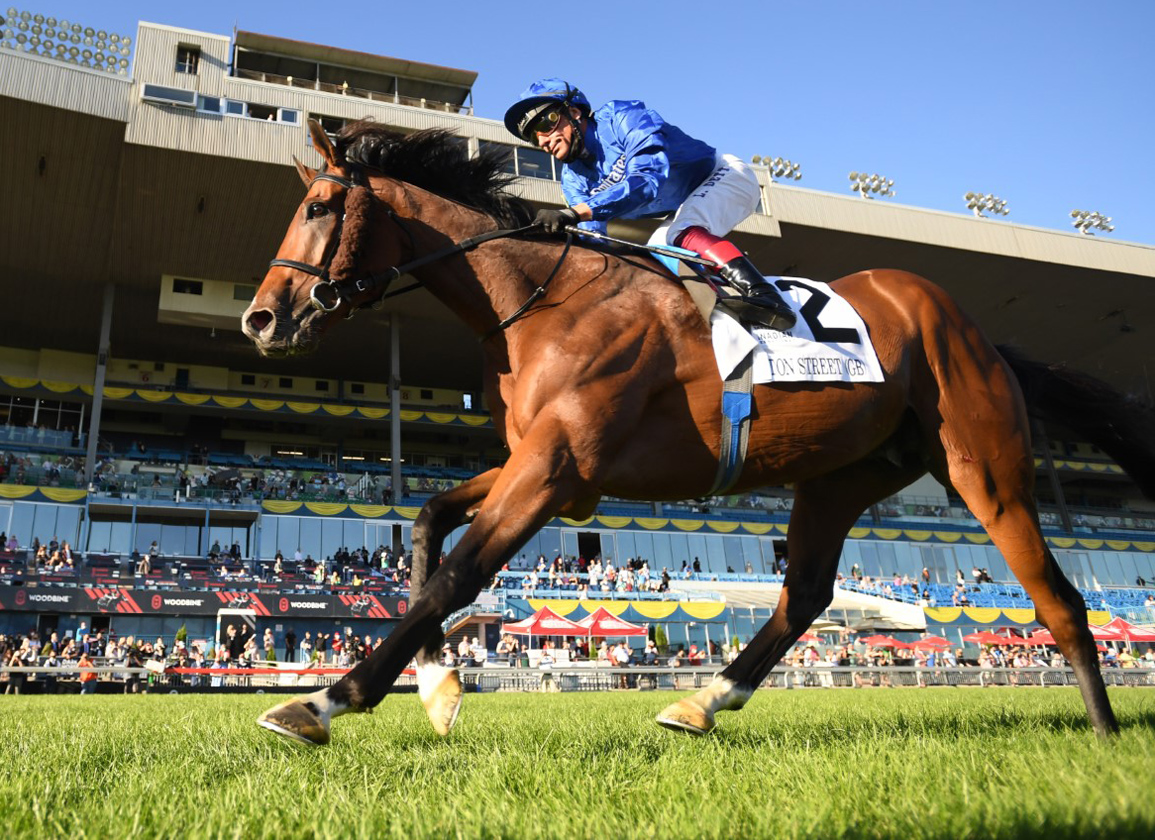 The lightly raced 7-year-old gelding recorded his breakthrough first group success in the G2 Dubai City of Gold S. at Meydan Mar. 6. He was freshened off a fourth-place finish, beaten 3 1/2 lengths, in the G1 Dubai Sheema Classic Mar. 27 and entered off a third-place finish in the G1 Longines Grosser Preis von Berlin at Hoppegarten Aug. 8. His resume also includes a close second, beaten just a neck, in the 2019 G3 Prix Valparaiso Sporting Club at Deauville and a third-place finish in the 2018 G3 Geoffrey Freer S. at Newbury. He was receiving first-time Lasix in the Canadian International.

“I think to be honest it worked out perfectly how we thought it would,” said Alex Merriman, assistant to trainer Charlie Appleby. “I thought he would go forward and slot in. Frankie has his game plan, and turning in he always knew he was gonna kick on and he's gone and seen the race on nicely.”

He added, “He was in great form in Dubai and he ran a great one in Germany last time and he's put in a good performance here today. He's been with us a long time. He's a favourite in the yard and it was nice to see. He's a lovely horse.”

Walton Street is 14th Grade/Group 1 winner for the high-class Cape Cross (Ire). He is the top performer out of the Australian G2 Matriarch S. winner Brom Felinity (Aus) (Encosta De Lago {Aus}), a sister to G1 Australian Guineas victor Delago Brom (Aus). The mare has to date produced four winners in Australia, Britain, Dubai and France, including the six-time scorer Macavity (Aus) (Street Cry {Ire}). Grandam Brompton Cross (Aus) (El Qahira {NZ}) was, like her daughter, a Group 2 winner at Flemington, her biggest success coming in the Edward Manifold S. Brom Felinity was sold by Godolphin in July 2016 for 15,000gns to Ebor Bloodstock. The mare's current yearling, a colt by Oasis Dream (GB), fetched 34,000gns at last year's Tattersalls December Sale. She had a filly by Oasis Dream this year.