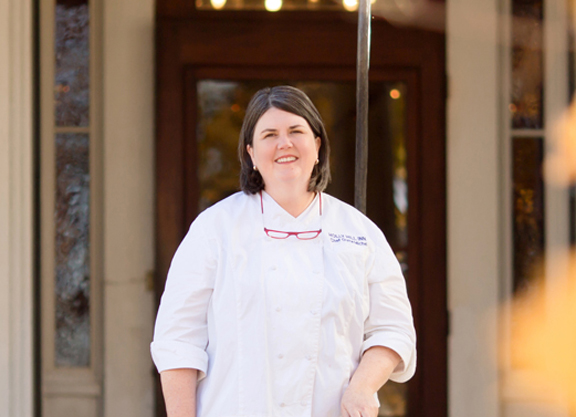 From the TDN Look

After following a roundabout encircling a giant bronze statue of Secretariat, a 16.9 mile historic road called Old Frankfort Pike twists and turns alongside ancient limestone rock walls and fenceline that holds some of the best Thoroughbred breeding stock in the country.

The byway connecting Lexington and Frankfort has been named one of 'America's Most Outstanding Scenic Byways' and is often referred to as 'Thoroughbred Alley'- a nod to the industry that has been a part of the area's history even before Kentucky was admitted to the Union in 1792. Three Chimneys, Darby Dan, Darley America, Lane's End, and Stonestreet are just a few of the imposing gates tourists often slow beside to take a snapshot, leaving the locals shaking their heads at the habitual delay.

About halfway between the two cities, just outside of Midway and past Three Chimneys Farm, sits an aged but well-preserved building, an antique in a postcard from a bygone century. For many that pass, it receives nothing more than a glance. But on a warm, sunny day, a line stretching out the door and around the corner indicates that the place is worth notice.

The building that is home to Wallace Station has received a spot on the National Register for Historic Places, but the restaurant itself has won the praise of both Lexington natives and world-renowned culinary professionals.

Wallace Station had its biggest claim-to-fame when it was featured on Guy Fieri's Diners, Drive-Ins, and Dives, but most days, guests include various staff from nearby farms relaxing on their lunch break.

Owner Ouita Michel is world-renowned for the family of restaurants she has built in Lexington over the past two decades. Her businesses have been featured in the New York Times, Southern Living, and the Food Network. But Michel said she believes that the horse racing community is the heartbeat of Wallace Station.

Michel was born and raised in Lexington, but she said that her true introduction to the world of Thoroughbreds didn't happen until she moved back to the heart of horse country after a stint in New York City and was introduced to a certain horse racing ambassador upon her return.

“To be honest, I didn't know much about the Thoroughbred industry until I moved to Midway about 20 years ago,” Michel said. “I started learning the history from Michael Blowen, who owns Old Friends (equine retirement farm). Michael and his wife Diane moved to Midway the same year as my husband and I. They were some of our very first customers, and Michael gave me an education in Thoroughbred history. It was amazing to know right where we were living was where it all started.”

Michel grew up downtown on State Street. Her father was a professor at the University of Kentucky's medical school. Michel would grow up to become a Kentucky Wildcat, making a name for herself on campus by winning the National Debate Tournament her senior year. From there, she made the move to New York City.

“My family really wanted me to go to law school,” she recalled. “But I got my first restaurant job in New York City, and the rest is history.”Michel honed her new trade for several years in Manhattan, working at various restaurants and attending the Culinary Institute of America. While there, she met her husband Chris.

“I came back to Kentucky to plan my wedding. My mom was so worried we were going to have a New York wedding. She begged me to come home,” Michel said with a laugh.

Upon her return, Michel said she knew immediately that Kentucky was where she belonged.

“Once I got back to Lexington, I just really loved it,” she said. “I loved how accessible everything was. I also had a strong feeling that when I owned a restaurant, I wanted to cook for people that I knew and loved, for my family and my friends.”

To read the rest of this story at the TDN Look, or to watch the video or hear it as a podcast, click here.