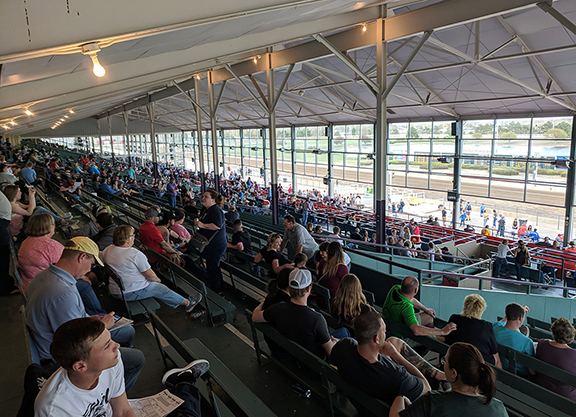 The Nebraska horse racing industry, which has struggled for years to offer competitive purses, got a major boost Tuesday when voters overwhelmingly approved three constitutional amendments that legalize casinos at the state's racetracks.

In order for casinos to pass in Nebraska, voters had to approve three initiatives. All three passed with nearly two out of every three voters voting in favor of the gambling expansion. Proponents of the initiatives argued that Nebraska was losing out because residents were traveling across state lines to gamble at casinos in Iowa, Kansas, South Dakota and Missouri. Supporters of the initiatives have said that the state will take in $65 million annually from taxes on the casino revenue. Money from the casinos will be used to reduce property taxes.

There are several racetracks in the state, a list that includes Lincoln Race Course, Horsemen's Park, Fonner Park, Columbus, Atokad and Fair Play Park. Some of the tracks have been reduced to running one race a year, which is required to maintain a license. At Lincoln, the entire 2020 meet consisted of racing last Sunday and Monday, with each program consisting of one one-furlong race for Nebraska breds.

“We're overwhelmingly thrilled and I couldn't be happier,” said Lynne McNally, the executive vice president of the Nebraska HBPA. “This was a long time in the works. And what makes me even happier is that there was a clear mandate that people wanted casinos here and wanted the money to stay in the state to lower their property taxes. There are still a lot of moving parts, but once this is fully operational we will be seeing a very healthy increase in purses.”

McNally said that under current rules the Nebraska tracks are required to offer a combined 53 days of racing. She speculated that that number could double once the casino money begins to come in.