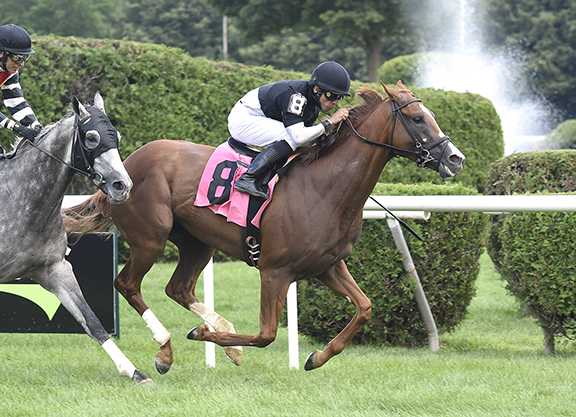 “There's been a lot of great horses who have raced at Saratoga over the years, but if he can win six races in a row up here in two years, I've never heard of anything like that, except for Native Dancer [a Hall of Famer who won four races there in 1952 and was 6-for-6 at the Spa from 1952-54],” said Barry Schwartz. “You breed a lot of horses, and with each crop you hope you have a good one. It's not that you're surprised to get a good one. You're thrilled that he's grown into the kind of horse you can get excited about.”

During his sophomore season, the New York-bred defeated eventual 2019 Horse of the Year Bricks and Mortar in the GIII Saranac S. and was runner up in the GIII Commonwealth Derby at Laurel.