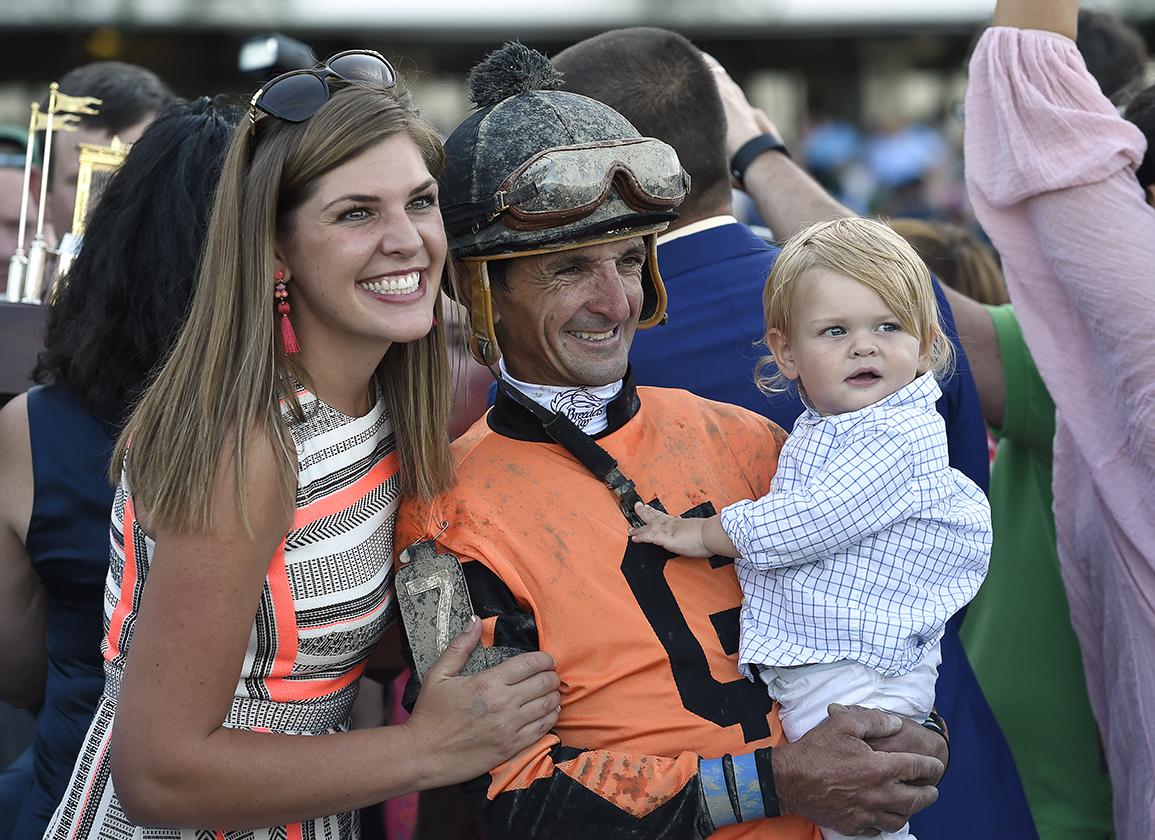 Jockey Robby Albarado, a winner of more than 5,000 races and the regular rider of Hall of Famer Curlin, has decided to retire. The 48-year-old rider will end his career Saturday at Turfway Park, where he has a mount in the seventh race.

The news of his retirement was first reported by Daily Racing Form's Marty McGee.

“It's time,” Albarado told DRF. “I've been thinking about this for quite a while now.”

Albarado told McGee that he plans on becoming a jockey agent next year.

Albarado started out at the bush tracks in his native Louisiana and earned his first official win in 1990 at Evangeline Downs. He continued to ride in Louisiana, Arkansas and Illinois before becoming a regular on the Kentucky circuit in 1996. By the mid-nineties, he had established himself as one of the leading riders in the Midwest. In 1998, he won 269 races with earnings of $9,366,585. That same year, he won his first two Grade I races, winning the Three Chimneys Spinster and the Turf Classic at Churchill Downs.

Albarado had his share of injuries and twice fractured his skull, but didn't allow that to slow him down. In 2003, he picked up the mount on Mineshaft and won four graded stakes on him on his way to the Horse of the Year title.
He won his first Triple Crown race in the 2007 GI Preakness aboard Curlin. He rode Curlin in all but one of his 16 career starts, which included wins in the G1 Dubai World Cup and the GI Breeders' Cup Classic. Curlin was named Horse of the Year in 2007 and 2008.

In 2011, he was slated to ride Animal Kingdom in the Derby but suffered a minor injury the week of the race, which cost him the mount. With John Velazquez aboard, Animal Kingdom won the first leg of the Triple Crown.

Albarado was convicted in 2012 of assaulting a former girlfriend, but, on appeal, the charges were overturned. In 2011, he faced similar charges when charged with three counts related to a domestic dispute with his wife. Those charges were later dropped.

Starting in 2019, his business began to slow down. He won just 24 races that year and won 24 again in 2020. But his 2020 season was not without its highlights. He picked up the mount on 3-year-old filly star Swiss Skydiver (Daredevil) and rode her to wins in the 2020 Preakness and, this year, in the GI Beholder Mile. In 2021, he has had just two winners from 93 mounts.