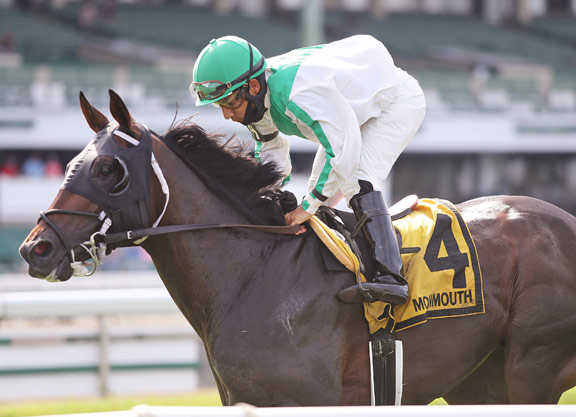 Three-time stakes winner Vanzzy (Verrazano) looks to take his game to the next level Saturday in Saratoga's GIII Saranac S. Capturing the Display S. last term, the bay won this year's Rushaway S. in March on the Turfway synthetic and was fourth next out when trying grass for the first time in Belmont's GII Pennine Ridge S. June 20. Third in the GIII Kent S. on the Delaware lawn July 4, he scored a decisive victory in the Jersey Derby last time at Monmouth July 26.

“His last race was his best, and he's just getting better,” trainer Michael Pino said. “I think he fits, his last race was good he tucked in saved some ground and pushed away that's a better trip. It looked like he had a good finish. Where he sits early on depends on how the race goes. He can do either, but I would rather sit a little off it.”

Chad Brown can never be overlooked in a grass stakes and he sends out French import L'Imperator (Fr) (Holy Roman Emperor {Ire}). The bay won three of his four starts overseas for his previous connections and was privately purchased by Madaket Stables, Robert LaPenta and Wonder Stables and sent to Brown. L'Imperator receives Lasix for the first time in this event.

Don Juan Kitten (Kitten's Joy) seeks his first black-type victory Saturday. Missing by a neck in a June 7 allowance at Belmont, the gray scored a decisive win in a one-mile test at the Spa July 25.