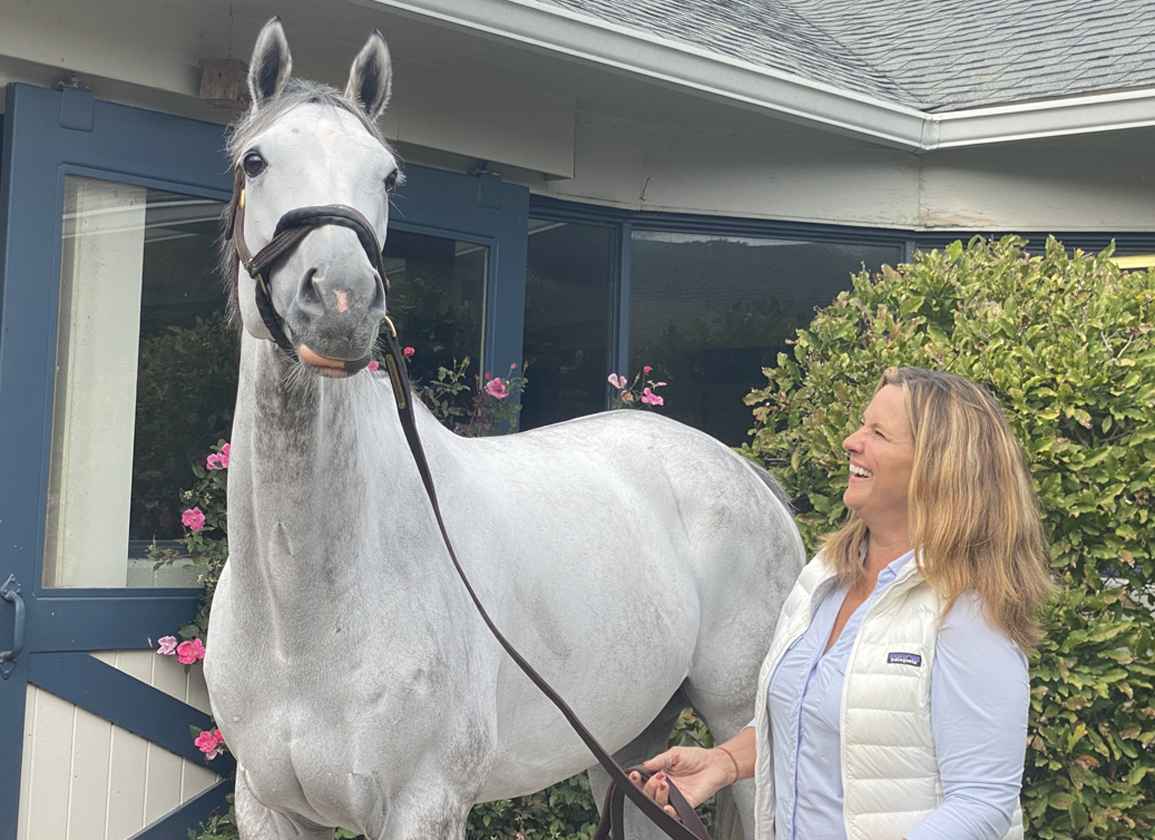 Valiance sells as Hip 251 with Bluewater Sales on Fasig-Tipton's Night of the Stars.

Valiance may be one of several Grade I winners cataloged for the Fasig-Tipton November Sale, but the statuesque gray is a rare find in the sales ring as a third-generation Grade I winner in her female line. By Tapit, Valiance is out of GI Madison S. winner Last Full Measure (Empire Maker) and is the granddaughter of dual GISW Lazy Slusan (Slewvescent) .

“Valiance is a no-brainer,” said Fasig-Tipton's Boyd Browning. “You've got three generations of Grade I winners in her pedigree. She's a beautiful mare and had a great deal of talent as a very successful racehorse. As an added bonus, she's a stakes winner on the turf as well.”

Valiance will sell as Hip 251 with the Bluewater Sales consignment on the 'Night of the Stars.'

“Anybody who has been in the business for any time at all dreams about a horse like this that comes from a filly family with so much opportunity for her family to fill in,” Bluewater's Meg Levy said. “That Grade I is just an absolute stamp. Everybody wants a Grade I winner. They want that collector's item for their portfolio. She has elegance, beauty, balance and bone. Plus, she's a good size. I'm a big believer in mares raising their foals to be winners and I think that will also come with her.”

Levy has been closely associated with the talented 5-year-old mare throughout her racing career. The homebred for China Horse Club went through Bluewater's yearling sales prep program.

“She did have a little bit of a tough personality,” Levy admitted of a young Valiance. “She took on everything she was supposed to do. Every time you asked her a new question she took a step forward, but she did ask you first if you were sure you meant it. I think that part of her personality served her well.”

Valiance flourished during her summer at Bluewater and captured buyers' attention at the 2017 Fasig-Tipton Saratoga Sale.

“I can still remember her in Saratoga when she came out of the stall,” Browning recalled. “She was a beautiful yearling and one where you just kind of grinned when you saw her thinking, 'We're going to have some fun selling a filly like her.'”

“She was really meant to be the star of our show, being by Tapit and out of a Grade I winner,” Levy explained. “She was a gorgeous filly. She was very athletic with big bone and was almost masculine in the way she moved and how she dealt with things.” 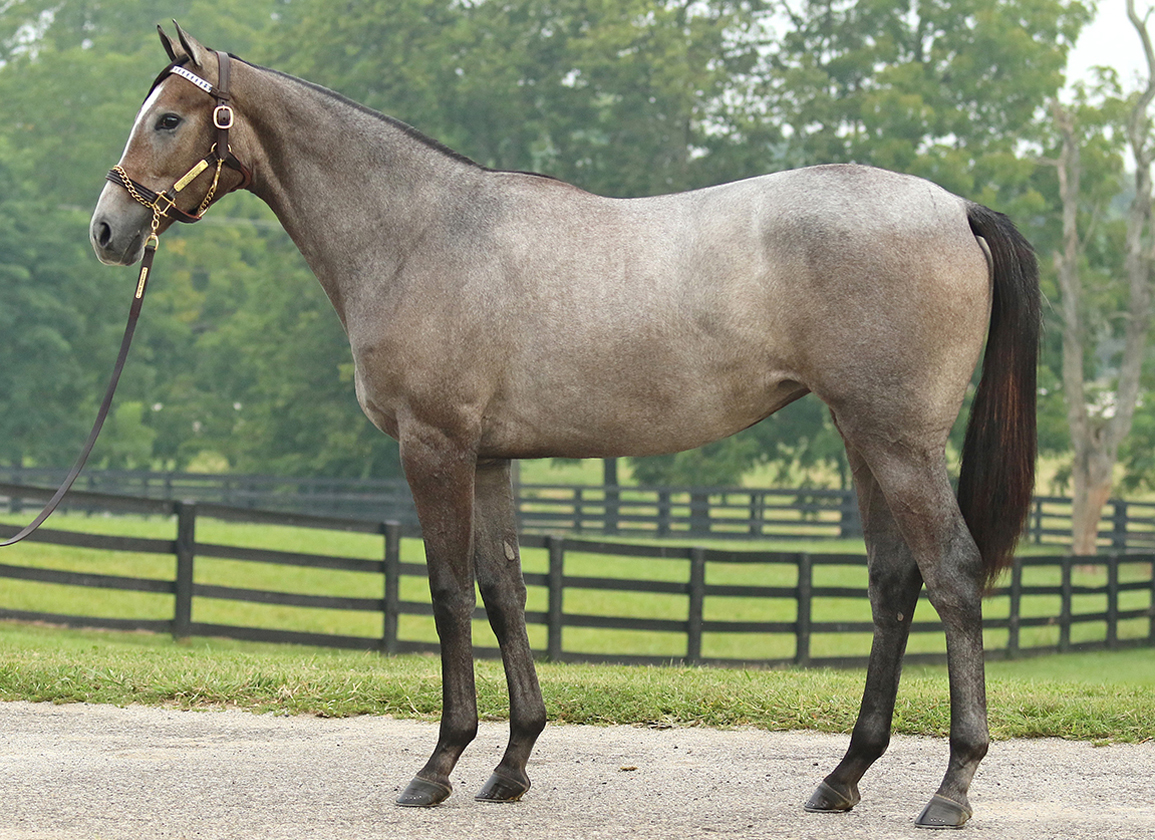 Lev recalled Brian Spearman, then a relatively new partner with Eclipse Thoroughbreds, approaching her at the sale and inquiring about the filly.

Eclipse Thoroughbreds partnered with Martin Schwartz along with breeder China Horse Club to purchase the filly for $650,000.

“Sometimes you're a little bit nervous putting people together because you don't how it's going to work out,” Levy admitted. “But in her case, with bringing all these people together and putting her under the right management, she fulfilled her potential. The really special thing about Valiance is that not very often does the page and the expectations and the physical get together and really tell the story and fulfill the prophecy.”

Valiance was sent to Todd Pletcher and made her winning debut early in her 3-year-old season going a mile and a sixteenth on the turf at Gulfstream.

“Valiance is a filly who showed a lot of talent from early on,” Pletcher said. “She showed quality from the day she walked into the barn. For her to win her debut first time out, going long on the turf, that's a difficult task.”

From there, Valiance remained undefeated in her next two starts, making her stakes debut in the Open Mind S. As a 4-year-old, she returned to the winner's circle in her first try on the main track in the off-the-turf Eatontown S. at Monmouth.

“As Valiance got older, she got stronger,” Pletcher said. “I think she was a filly that was capable of running on any surface but as she matured, she got better and better on dirt. That's what convinced us to try the race at Monmouth when it came off the turf. You have to watch that race to appreciate how easily she won that day. She was hardly ridden at all.”

Pletcher said as the filly's breezes became more impressive following her stakes win on dirt, she convinced her Hall of Fame trainer of her Grade I quality and Pletcher decided to run her in the GI Spinster S.

Stalking the favored Shedaresthedevil (Daredevil) for much of the mile and an eighth contest, Valiance surged past the GI Kentucky Oaks winner in the stretch and fended off GISW Ollie's Candy (Candy Ride {Arg}) late to win by almost two lengths.

Levy remembers that weekend at Keeneland well. Two days before the Spinster, she celebrated as Simply Ravishing (Laoban), a 2-year-old filly she bred, raced to Grade I stardom in the Darley Alcibiades  S.

“When Valiance ran in the Spinster, it was a magical weekend for us,” she said. “I remember taking a video of her as we ran to winner's circle. There's nothing like it in racing-that moment, with the heart and the pedigree, when they lay it on the line and leave it on the track. That's all you're looking for.”

“The Spinster was a breakthrough performance for her,” Pletcher added. “It was a very satisfying win for the whole team to take a filly with her pedigree, quality and conformation and win a Grade I, especially at a prestigious track like Keeneland.” 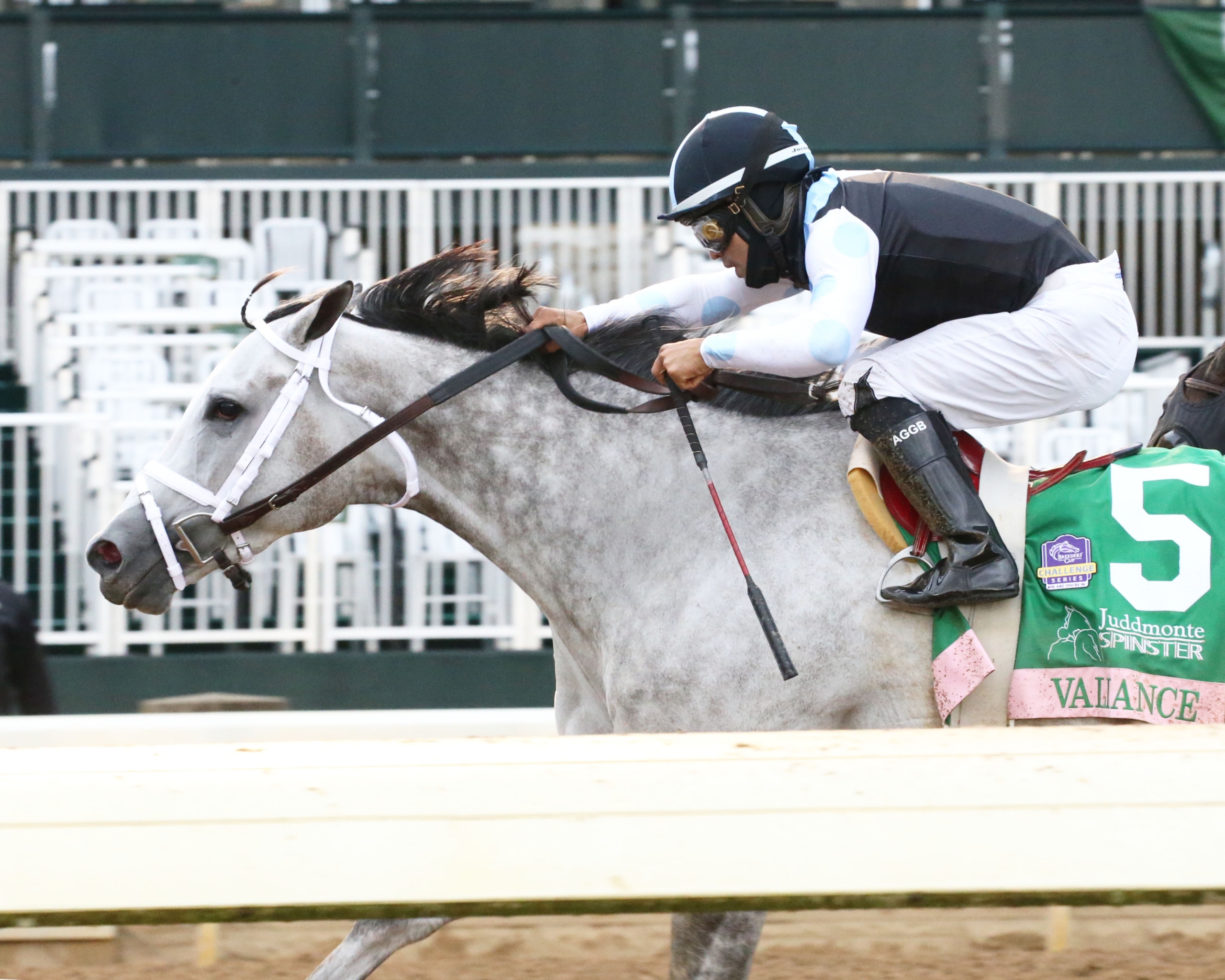 “She put in a tremendous effort in the Breeders' Cup,” Browning said. “She paired those two races back to back with really meaningful performances, demonstrating an enormous amount of talent and really showing everybody what an exceptional racehorse she was.”

Browning said he thinks of Valiance's successful career as an example of why buyers return to the yearling marketplace every year.

“Valiance helps everyone have confidence in the auction ring to bid on a yearling like her,” he explained. “As a buyer, you say that's the kind that I ought to be pursuing. Fillies like Valiance who go on and justify their sale price and validate their pedigree give us all hope at the yearling sales.”

“Any time you invest in a filly with this type of conformation and pedigree, you have high hopes, ” Pletcher said. “But then to have one fulfill those hopes and win a Grade I, that's something every owner dreams of. That's what everyone's trying to achieve in this business.”

“The great thing about Valiance is that she was ultra-consistent,” he continued, reflecting on his trainee who made it to the winner's circle in all but three of her career starts. “She had the right combination of speed and the ability to carry it over a route of ground. She was very competitive and she liked her job. Anytime you take a mare with her conformation, her pedigree and her racetrack ability on multiple surfaces, it gives you a horse that you think would be a slam dunk as a broodmare prospect.”

“You take pride when you sell quality horses at a yearling sale that go on to achieve success and then you take pride in having the opportunity to sell them at the conclusion of their career,” Browning said. “Her ownership group is all folks who we have a relationship with and think highly of, so it's an honor to have an opportunity to sell a filly of this quality.”