Vadeni Camp Full Of Confidence Ahead Of Eclipse Bid 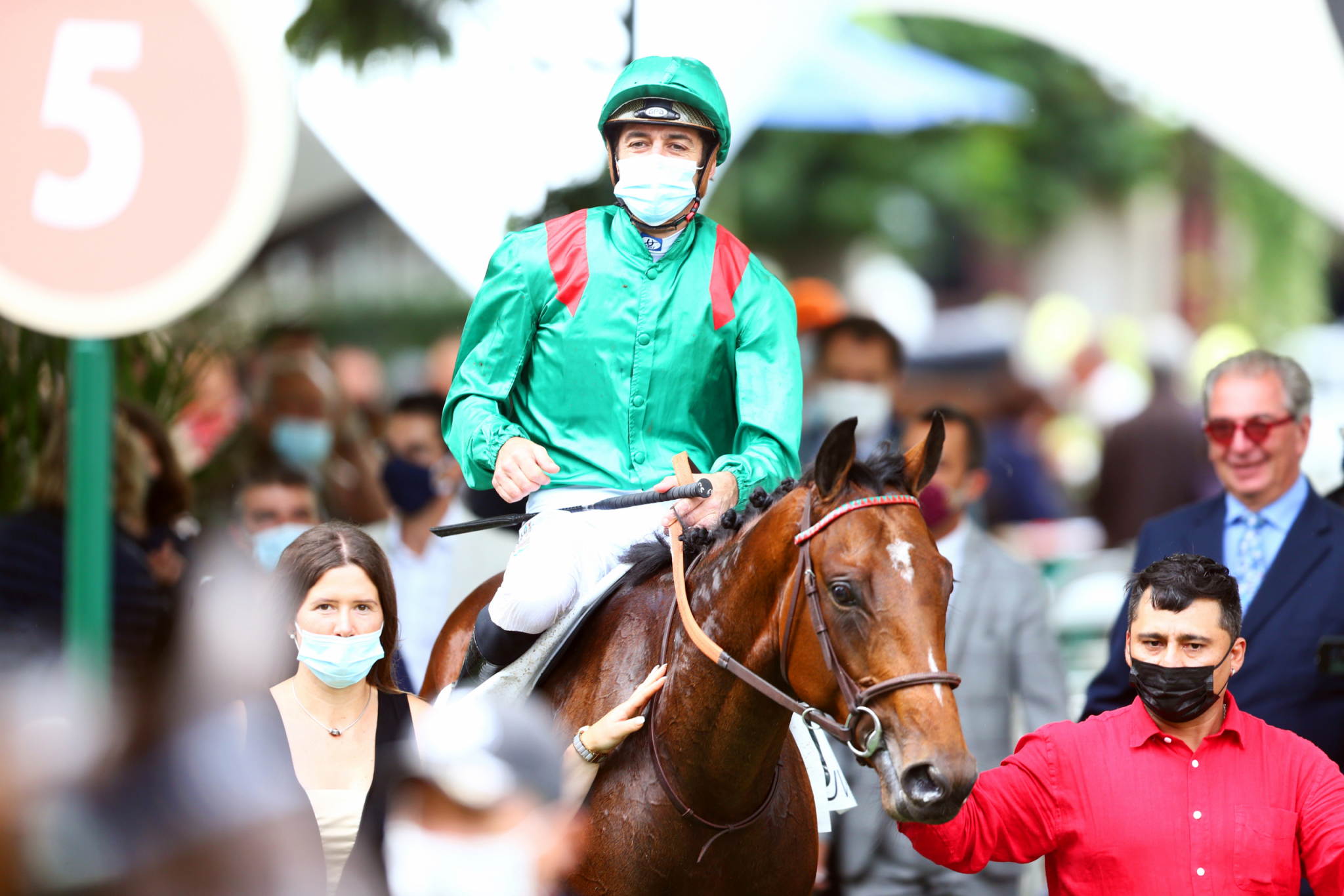 One of the most exciting horses in France, Vadeni (Fr) (Churchill {Ire}) is set to take his chance in the G1 Coral-Eclipse at Sandown on Saturday, and connections are expecting a massive performance.

Vadeni, trained by Jean-Claude Rouget, was supplemented at a cost of £50,000 for the race on Monday. A hugely impressive winner of the G1 Qatar Prix du Jockey Club at Chantilly when last seen, the French raider is a general 2-1 favourite to follow up on that success at Sandown.

Georges Rimaud, the Aga Khan's racing manager, said, “We liked Vadeni's performance in the French Derby, when he showed a very decisive turn of foot. Personally, that did not surprise me because I knew he had that gear change based on his prior race in the G3 Prix Fontainebleau over a mile where his acceleration drew the best sectional times.”

Vadeni will be bidding to bridge a gap that extends back to 1959 to the last French-trained winner of the Eclipse, Alec Head's Prince Aly Khan-owned Saint Crespin III (GB), however, not many have tried since.

Rimaud thinks that Vadeni could be up to the task and added, “Obviously, when you have a horse winning the Prix du Jockey Club by a record five lengths it's very satisfying. Going in against the older horses is a task, but it's an interesting one –it's time for him to show us what he can do.

“We'll know more on Saturday evening about his autumn campaign, but it's the only race at the distance at this time which is a Group 1. It will be a challenge, but it's one we are ready to take on.”

Vadeni was put through his paces at Deauville on Monday morning and is reported to be in rude health ahead of his trip to Britain.

Rimaud said, “I sent a message after seeing the horse work on Monday that all the lights were green. He wasn't asked to do very much, but he did work well and showed a nice action on ground that we would call good, so we decided to go ahead and supplement him as planned.”

He added, “There seemed to be an assumption after Chantilly that we were perhaps going to go for the G2 Prix Guillaume d'Ornano as a route to the Arc, but we don't know if he's made for 1m4f. He has a lot of speed, so we're sticking to just short of that.”

“Sandown is a different profile of track and we don't know if he will manage it, but we certainly expect him to handle it as he's a very well-balanced horse. He has always had a lovely action and doesn't get concerned by the ground being soft or fast. There is a 10-metre rise from the home turn to the winning post at Chantilly, so hopefully that will help.”