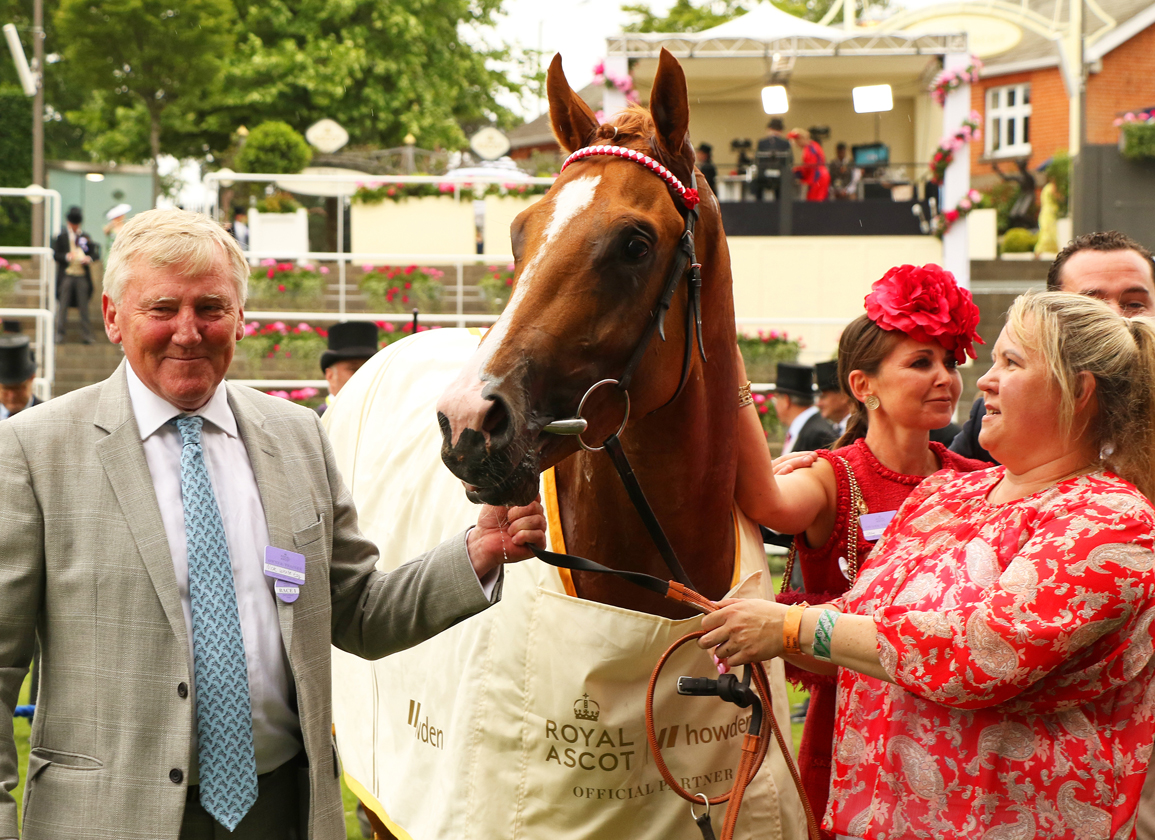 There was a shock in the opening Listed Chesham S. on Royal Ascot Saturday, as the race's only newcomer Holloway Boy (GB) (Ulysses {Ire}) came through to land the spoils at 40-1. Anchored in rear early by Danny Tudhope, the Karl Burke-trained chestnut stayed on strongly to overhaul the 80-1 shot Pearling Path (Fr) (Holy Roman Emperor {Ire}) in the last 50 yards and gain a length success, with Lakota Sioux (Ire) (Sioux Nation) 1 1/2 lengths away in third. The 11-8 favourite Alfred Munnings (Ire) (Dubawi {Ire}) was a disappointing sixth as the race that has been so predictable in recent times imploded. “Time will tell how strong the form is, but to do that first time out is a bit special,” trainer Karl Burke said. “He's a lovely horse, but he has been slightly backward and is a horse for the future.”

Debutante winners at Royal Ascot are understandably rare, but there was precedent as Dazzle (GB) (Gone West) did win the Windsor Castle in 1996 and Shamikh (GB) (Unfuwain) in this race in the same year. “We were going to go to Musselburgh for one of the Sunday Series races a couple of weeks ago, but he tweaked a muscle,” Burke added. “[Owner] Nick [White] rang me and said he had been let down for a box here on Saturday, so I said, 'we will enter the horse and use the tickets for that!' He worked well at home, so we thought we'd let him take his chance and give the owners a nice day out. I think we have achieved that!”

“He is the first horse and first runner that Nick has ever had in his own colours. It is a great story. We were always going to ride him that way and Danny rides this track brilliantly. He is hardly blowing there. I saw him as a yearling with the Cheveley Park draft and they have been very good to us in the past. I like to try and buy one off them every year–I'll buy a few more now.” Tudhope, who was bringing his total of winners to four this week, added, “We liked him, but we didn't think he would go out and do that so I'd say he is very good. He gave me a great feel. He is a fine big horse and I'm pretty sure he will improve on that.”

John O'Donoghue said of Pearling Path, “I think with a stronger pace, we would have won. He's just got there too soon, idled, and got caught. We'll probably geld him–we are frustrated with him, because he isn't coltish at home at all but he's real macho coming into the ring. I think he could be a serious horse with the gelding operation. The strength of Irish maidens these days–it's so hard to win one and we had Jessie [Harrington] and Ger [Lyons] behind us that day. This is my second runner in England and my first season training.”