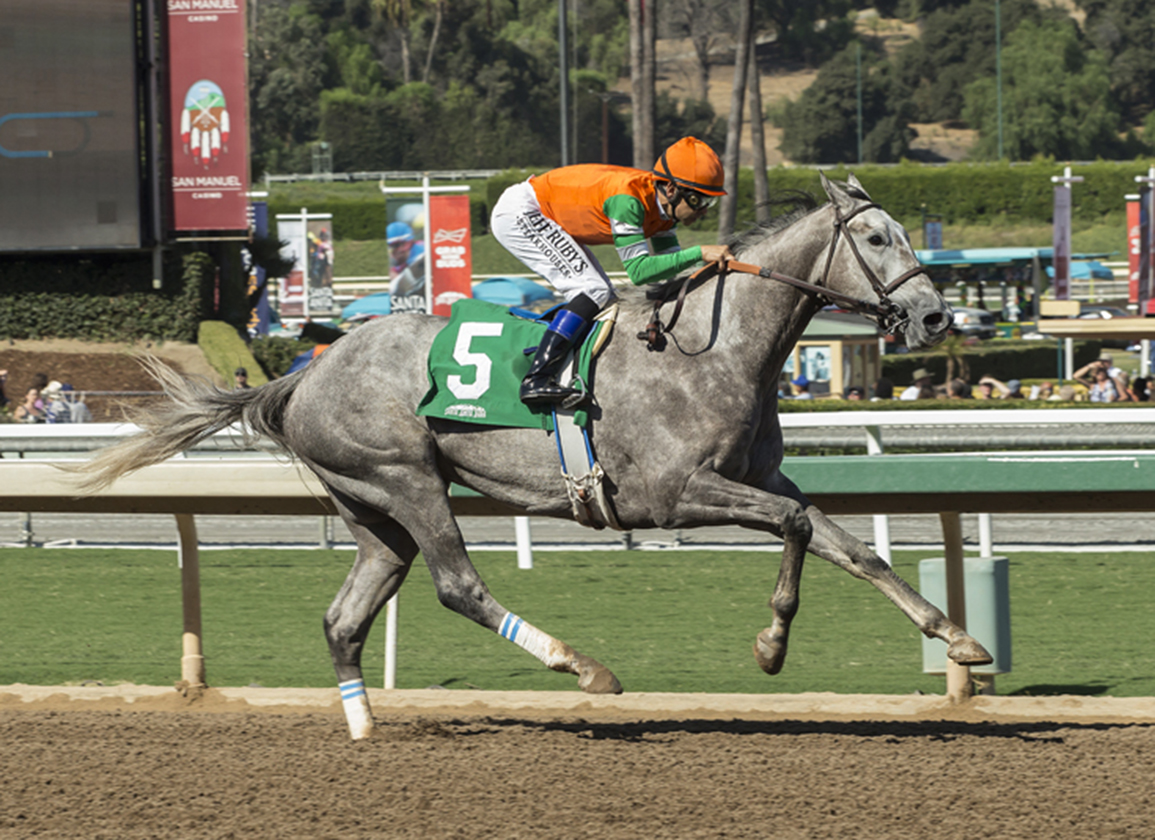 Don Alberto Stable's 'TDN Rising Star' Unique Bella (Tapit) returned from a seven-month layoff in style, easily annexing Sunday's GIII L.A. Woman S. with the greatest of ease and stamping herself as the likely clear favorite for the Nov. 4 GI Breeders' Cup Filly and Mare Sprint at Del Mar. Kept out of trouble by Hall of Fame pilot Mike Smith, Unique Bella swallowed her rivals up entering the lane and bounded away to score by 3 1/2 lengths.

“We've talked about [the Breeders' Cup] for a long time,” said Hall of Famer Jerry Hollendorfer, who conditions Unique Bella for the Solari family's Don Alberto Stable. “We thought if we could get her back to this race and get a good race in her that we could probably do that.”

Guided to the far outside and allowed to sit off the pace behind a quarter-mile in :22,32, the heavy favorite gathered steam and began to pick off rivals readily on the far turn. Entering the stretch on even terms with pacesetting Princess Karen (Stay Thirsty), she easily drew clear under minimal encouragement and came home as much the best.

“What I found interesting today was that she settled really nicely,” Smith said. “In the past I don't think she would have done that. She would have just run on by and opened up by five, six or seven and coasted on home. Today she rated nicely and I had horse left. When I picked her up at the eighth pole she really got into the bridle. I got after her one time just to run through the wire. The next race is seven-eighths and she needs to be ready.”

The win was the fourth graded stakes success for Unique Bella, who was tabbed a 'Rising Star' after romping at second asking in a Del Mar maiden race last November. She easily dispatched stablemate and subsequent GI Cotillion S. heroine It Tiz Well (Arch) in the GII Santa Ynez S. at Santa Anita Jan. 8 and stretched her speed around two turns with a tally in the one-mile GII Las Virgenes S. there Feb. 5. She continued to give her Southern California-based sophomore rivals fits with another easy win in the GIII Santa Ysabel S. Mar. 4, but was sidelined with a shin injury that forced her to miss many of the premier races in her division–namely the GI Kentucky Oaks.

“Everybody said we had the horse to beat [in the Kentucky Oaks],” commented Fernando Diaz, who was representing Don Alberto in the winner's circle. “It was painful, to be honest, but you have to do what's best for the horse. She's sound now and the future looks bright. It's great to have her back.”