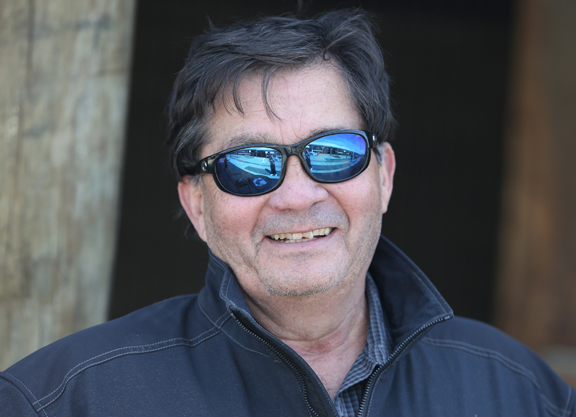 “He stood out physically more than anything,” consignor Terry Gabriel said of the colt. “He’s a grand-looking horse with a big eye and a pretty walk. He was all that.”

Of the April foal’s placement in the OBS sale, Gabriel added, “He was one that was really far behind early on and we decided just to wait on him. He came around and was ready. [OBS Sales Coordinator] Chad Johnson saw him up in Kentucky 90 days ago and said, ‘You know, you should bring him here because they’re going to like him a lot.’ So he convinced me that that was the right avenue.”

Ralph M. Evans purchased the highest-priced offering in the Horses of Racing Age section, going to $125,000 to acquire Summer at the Spa (Summer Front) (hip 219) from the Niall Brennan Stables consignment. The 3-year-old filly is a winner in one start for Mike Ryan and trainer Jimmy Toner after closing stoutly to take her debut over the Aqueduct turf last November. A $60,000 Fasig-Tipton New York-bred Yearling purchase in 2018, she sold for $55,000 at last year’s OBS April Sale.

“We were really busy all of the way through with every horse,” Gabriel said. “They were pretty particular about what they were looking for. Like any other sale anymore, they were kind of settling on the top. So you get a pile of people on the Union Rags and you don’t get anybody on anybody else. It’s kind of the trend.”

The OBS Winter Sale continues with an open session beginning at 11 a.m. Wednesday.