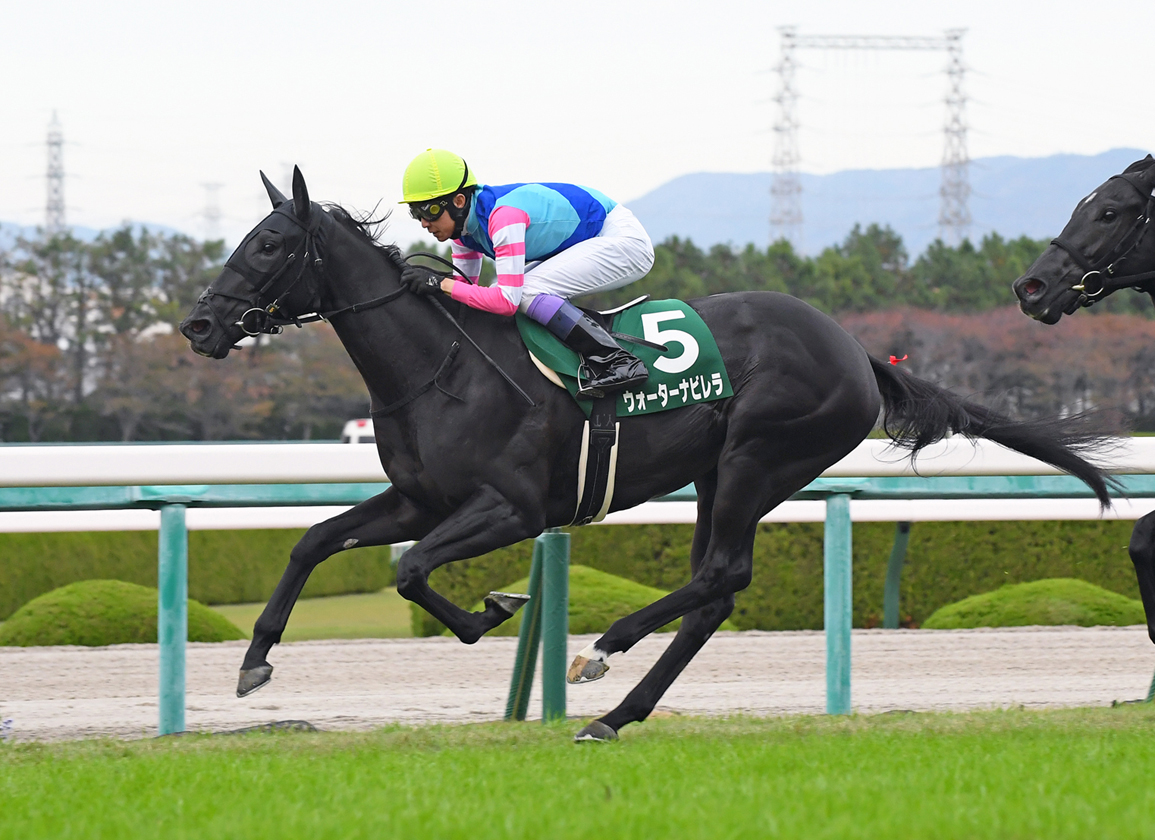 In the hunt for a first Group 1 badge, a robust field of juveniles line up for the 73rd running of the G1 Hanshin Juvenile Fillies Sunday. The field includes a quartet of group scorers, headed by Water Navillera (Jpn) (Silver State), undefeated in three starts at three different racecourses, including her latest win in the Nov. 6 G3 Kyoto Sho Fantasy S. It was the first graded victory by the progeny of Silver State, whose short but successful career (four wins from five starts) ended early due to tendonitis.

Trained at Ritto by former jockey Koshiro Take and pegged to be ridden by elder brother Yutaka, success Sunday would bring Koshiro his first Group 1 victory since opening his stable in 2018. Yutaka has (from 21 bids) only one win of the race, back in 1994 with Yamanin Paradise when the race was known as the Hanshin Sansai Himba S.

Looking to turn the tables on the likely favorite is Namura Clair (Jpn) (Mikki Isle {Jpn}), winner of the Group III Kokura Nisai S. before following up with a second behind winner Water Navillera last out in the Nov. 6 G3 Fantasy S. Trainer Kodai Hasegawa said, “She can react rather strongly to horses coming up from behind, so I've had her wear a hood to calm her. She has let off steam, is looking good, and she improves with a race. I don't think the mile is out of reach. How well she can settle will be key.”

Third in her career bow at Niigata in August, Circle of Life (Jpn) (Epihaneia {Jpn}) broke through with a solid win at Nakayama Sept. 20 before stepping up successfully in Tokyo's G3 Artemis S. Oct. 30.

“Her workout on Dec. 2 was a hard one and since then she's only been breezed,” said trainer Sakae Kunieda. “I'd like her to have a bit more distance but with the long stretch of the Hanshin outer course, there shouldn't be any problems.”