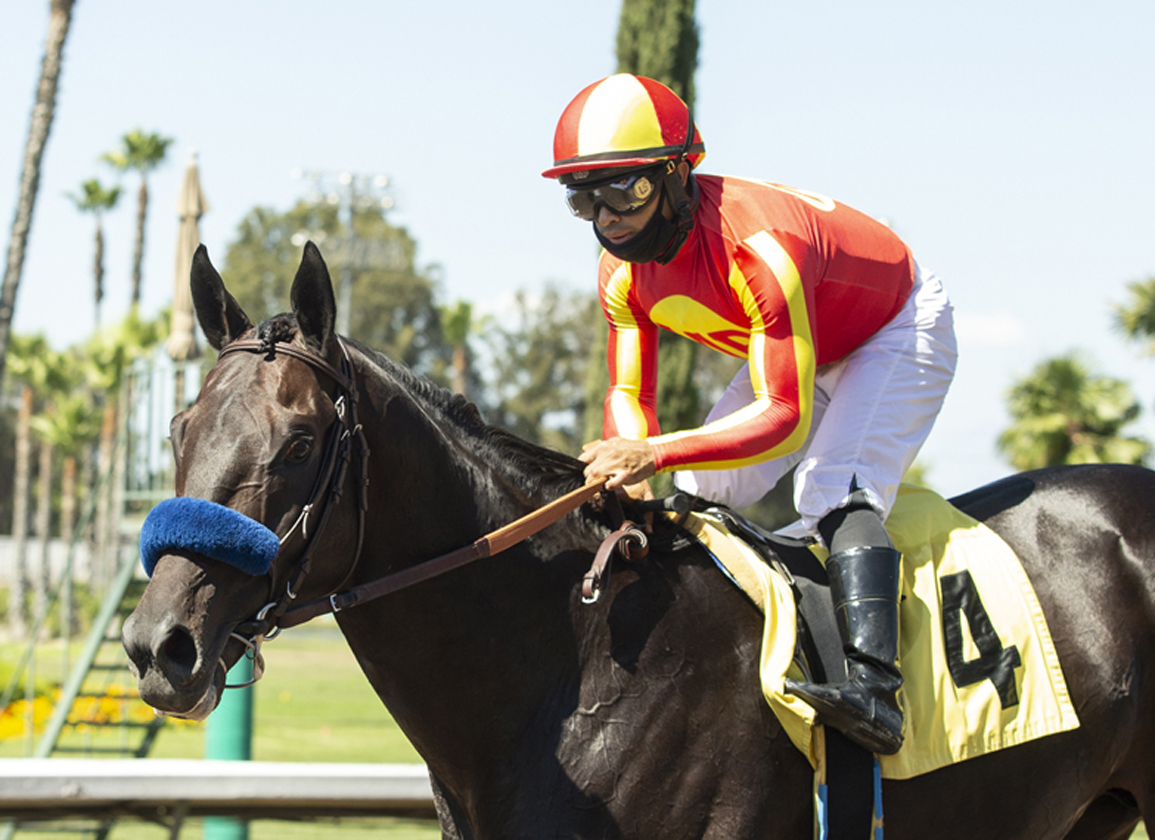 Uncle Chuck (Uncle Mo–Forest Music, by Unbridled's Song), romping winner of last year's GIII Los Alamitos Derby, has been retired to Brent and Crystal Fernung's Journeyman Stud near Ocala, FL and will stand the 2022 season there for $6,500, LFSN.

Campaigned by Michael Pegram, Karl Watson and Paul Weitman and trainer by Bob Baffert, the $250,000 KEESEP yearling is out of MGSW/MGISP Forest Music (Unbridled's Song), making him a half to successful Kentucky-based sire Maclean's Music (Distorted Humor) and GSWs Kentuckian (Tiznow) and Electric Forest (Curlin).

“I've seen Uncle Chuck referred to as brilliant by his connections, he was certainly that,” said Brent Fergnung. “Uncle Chuck is royally bred, an exceptional physical, and had unlimited potential as a racehorse. He is everything I look for in a stallion prospect. His abbreviated racing career, shortened by injury, is the only reason he isn't in Kentucky commanding a much larger fee.”

The handsome dark bay won his debut at Santa Anita by seven lengths. He has last seen finishing sixth as the second choice in the 2020 GI Runhappy Travers S.

“Uncle Chuck was special from day one,” Baffert said. “Assistant trainer Mike Marlow, who is a very good judge of talent, spoke about Uncle Chuck in the same terms as he did [Triple Crown winners] American Pharoah and Justify. Uncle Chuck had great athleticism and showed his sire's brilliance on the track. His potential was unlimited.”

Uncle Chuck is currently being syndicated by Journeyman and Taylor Made Farm.