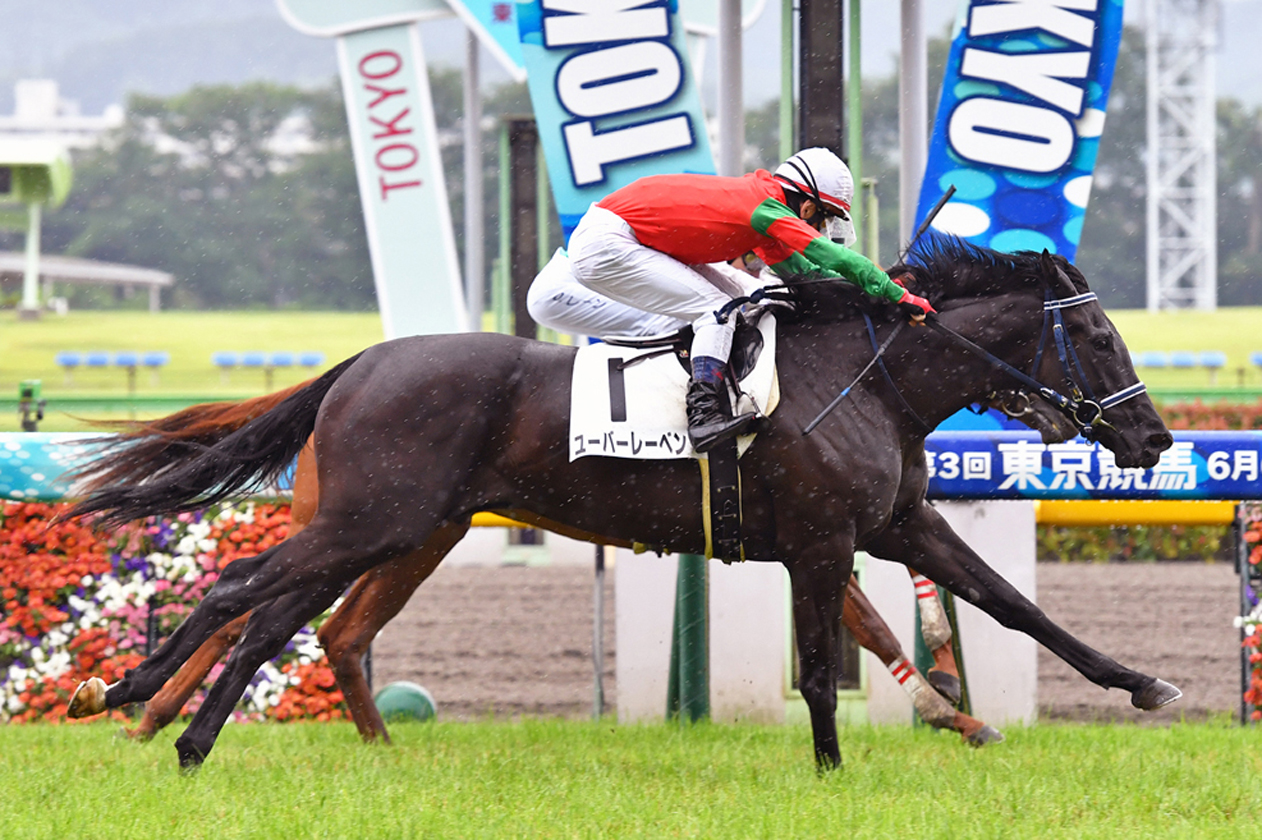 While all eyes were on 2-year-old champion and G1 Oka Sho victress Sodashi (Jpn) (Kurofune) heading into Sunday's G1 Yushun Himba (Japanese Oaks), it was the punters' third choice Uberleben (Jpn) (Gold Ship {Jpn}) who handed the white Sodashi her first defeat, while in the process earning her first stakes win and providing her sire, the six-time Group 1 winner Gold Ship, with his first Group 1 winner.

Uberleben was out early for a Japanese 2-year-old, breaking her maiden at first asking last June before finishing a neck second to Sodashi in the G3 Sapporo Nisai S. after a three-month rest. After dropping to ninth behind that rival in the G3 Artemis S., Uberleben was third behind Sodashi in the G1 Hanshin Juvenile Fillies S.

Jockey Mirco Demuro noted in the aftermath of Sunday's race that Uberleben had suffered a bout of colic in February, and she returned with a pair of third-place finishes in the lead-up to the Yushun Himba: in the G3 Flower Cup and the G3 Sankei Sports Sho Flora S. over 2000 metres. Upped to 2400 meters for the first time on Sunday, Uberleben broke on terms from gate nine and settled midpack while Sodashi stalked the pace racing keenly. Moving wide rounding the turn while looking for running room, Uberleben saw daylight down the middle of the course upon straightening and put in a sustained rally down the lane, getting to the lead inside the final furlong and holding on to win by a comfortable length despite switching leads late on. Sodashi faded late on to be eighth.

The fifth foal out of the winning Meine Theresia (Jpn) (Roses In May), Uberleben is a half-sister to the dual group-placed Meiner Fanrong (Jpn), who is by Gold Ship's sire Stay Gold (Jpn). Their second dam, Meine Nouvelle (Jpn) (Brian's Time), won the Flower Cup when it was a listed race and is a full-sister to stakes winners Meiner Hourglass (Jpn) and Meiner Charles (Jpn).