TwinSpires.com Road to the Triple Crown Throwdown: Fountain of Youth 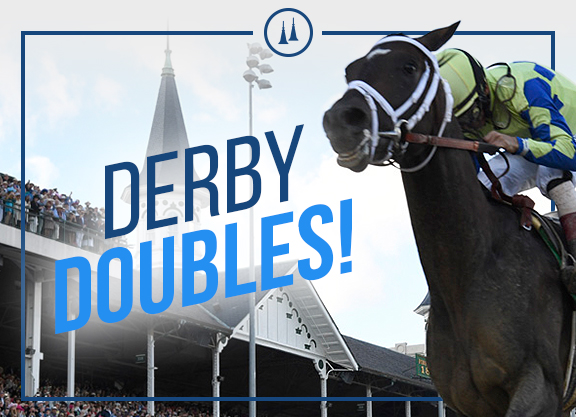 Ed DeRosa of TwinSpires.com takes on TDN's Steve Sherack and Brian DiDonato as they handicap each prep race leading up to the GI Kentucky Derby. The three will make $100 Win/Place bets – highest bankroll after the Lexington S. wins.

DeRosa: GIII Southwest S. – Hoping that Mourinho will be my worst pick of the year because if I have a worse one than that, then I should probably give up playing the horses. Bankroll: $770.

GII Fountain of Youth S. – We'll look to exacta our revenge on the Fountain of Youth S. where Good Magic is a much more formidable favorite than Mourinho was, but looks opposable at the price given the layoff and that he lost his career debut at 4-5. Storm Runner is the play here off a flashy allowance win over the respectable Mississippi. There's some concern of too-much-too-soon, but the 15-1 price compensates that concern. Of the “sexy” alternatives to Good Magic, I'm most against Strike Power, who took a big step back figures wise off his maiden win and had distance questions before even stretching out. Selection: #5 Storm Runner (15-1).

Sherack: GIII Southwest S. – Was counting my money once Combatant started winding up with that sweeping move. Then the golden rail opened for My Boy Jack and it was quickly over. Still a nice effort, however, and at least grabbed some place money. Time to make my move. Bankroll: $1050.

GII Fountain of Youth S. – I've been on Free Drop Billy since day one and I'm not turning my back on him now. He couldn't match strides with the ultra-impressive Audible in the Holy Bull (not sure who really could've that day), but I'm perfectly fine with that. There's every chance that he needed some seasoning while making his first attempt from his very disappointing run in the Breeders' Cup Juvenile and he was also much closer to the early pace than he probably wants to be, too. There's much more speed signed on here and that should allow him his ideal trip of sitting back and making one big run. Selection: #2 Free Drop Billy (9-2).

GII Fountain of Youth S. – I attempted to make a case for pretty much every other horse in this race before deciding that Good Magic was just too good for them. Nobody figures to run a race fast enough to beat him if he shows up, and given that he's been easily handling last week's GIII Hal's Hope winner Economic Model in the mornings, he seems plenty to ready to kick off his sophomore season. He's got the tactical speed to work out a perfect trip, and I'm hoping others fall into the trap I fall into the other 99% of the time and try to beat a horse like him just to beat him. Selection: #6 Good Magic (7/5).