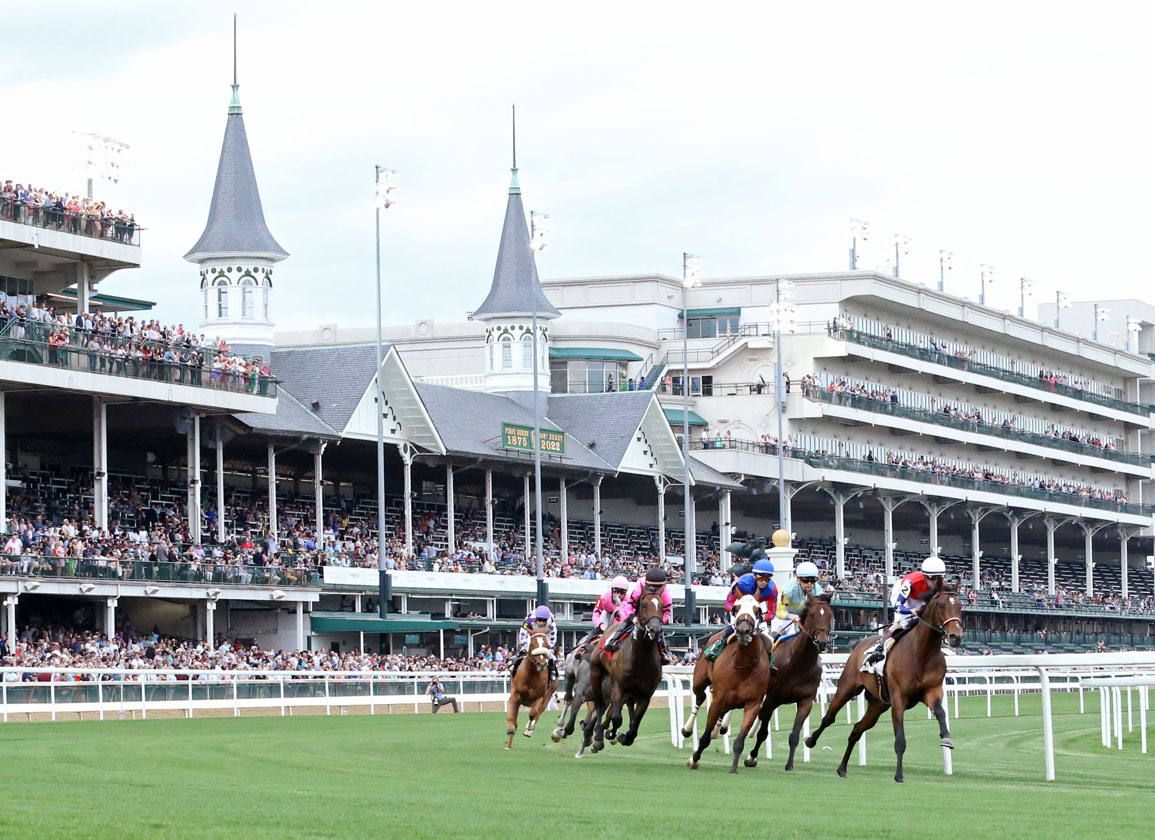 Churchill Downs Racetrack has suspended racing over its Matt Winn Turf Course for at least two weeks, according to a release from the track. The move comes five days after they announced that they would limit usage of the course to two races per day, and a day after Gingrich, the 9-5 second choice in Friday's second race, was vanned off after he “went wrong” according to the Equibase chart. He was subsequently euthanized.

The Matt Winn Course was newly installed for the current meeting which opened April 30.

“In order to allow our new turf course to continue to develop its root system, we have suspended turf racing for the next two weeks,” said Churchill Downs President Mike Anderson. “The new Bermuda-hybrid grass was installed last fall and will continue to mature during the very warm days and weeks ahead. We've made a long-term investment in our turf course, and we're confident this brief pause will allow it to become more robust.”

Earlier this week in the TDN, T. D. Thornton detailed some of the issues the course has had, and some of the efforts made to ameliorate those issues.

“We've decided it's best to limit turf racing to two races per day for the remainder of the Spring Meet (starting June 11) to allow the new turf course to continue to mature and become more robust,” Churchill's Senior Director of Communications Darren Rogers wrote at the time. “We've had good, open dialogue with the riders. The grass has been cut short to promote the continued root growth. We've had the flexibility to adjust the temporary rail positions to four different lanes. We have complete confidence it'll be more robust for additional turf racing later this year with just a little more time.”