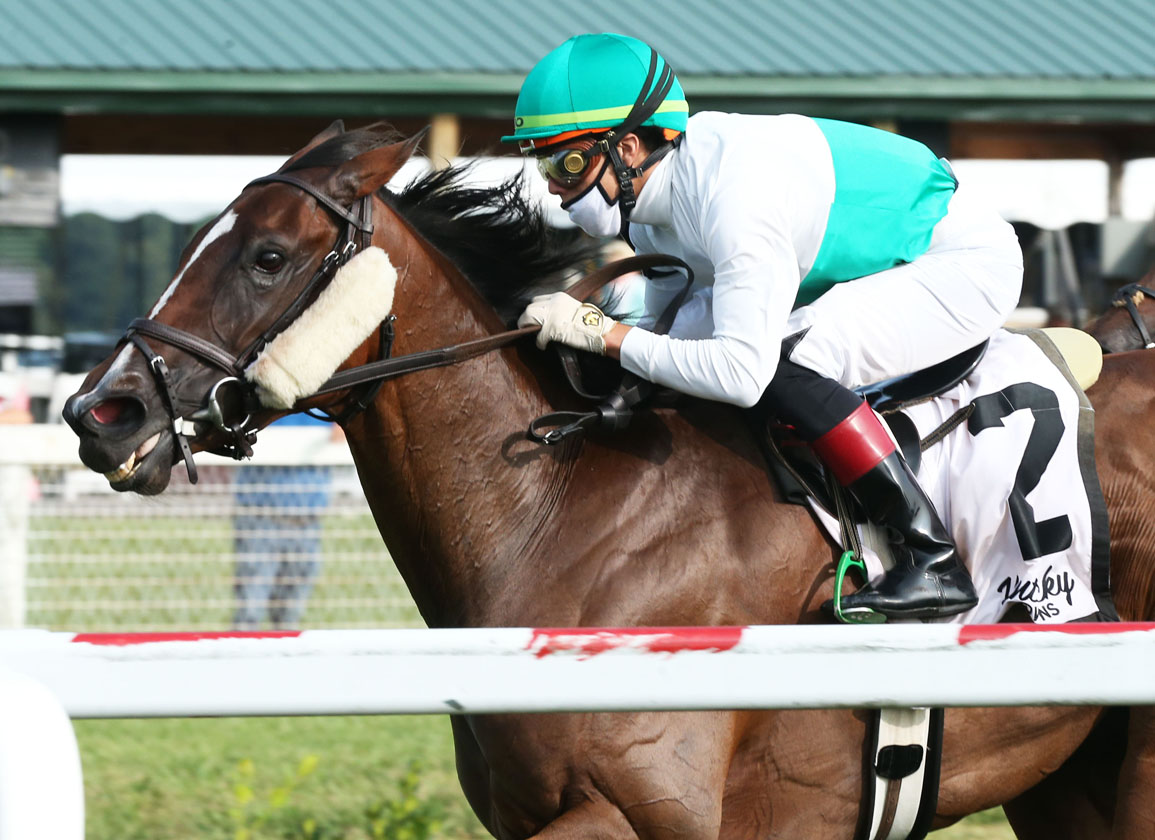 The top three finishers in this summer’s GII Dance Smartly S. regroup in Sunday’s GI E.P. Taylor S. at Woodbine. Leading the fray in the Aug. 15 event, Augustin Stable’s Theodora B. (Ghostzapper) used the 10-furlong test as a stepping stone to a front-running victory in the 10 1/2-panel TVG S. at Kentucky Downs Sept. 15. Three for four this season–the sole off-the-board finish was registered on Woodbine’s synthetic surface–the 5-year-old is trained Michael Dickinson.

Peter Brant, Mrs. M V Magnier and Mrs. Paul Shanahan’s Etoile (Fr) (Siyouni {Fr}) finished only 3/4 of a length a drift of Theodora B. in the aforementioned Dance Smartly in only her second start in the U.S. for trainer Chad Brown. Victorious in Saint-Cloud’s G3 Prix Cleopatre while under the guidance of Jean-Claude Rouget at three, the French-bred closed to finish eighth-beaten 4 1/2 lengths-in her U.S. and sophomore debut in the GI Gamely S. at Santa Anita in May. Rafael Hernandez, aboard in the Dance Smartly, reunites with the 4-year-old for her Grade I unveiling.

Rounding out the triumvirate is John McCormack’s Elizabeth Way (Ire) (Frankel {GB}), trained by Canadian Hall of Famer Roger Attfield. On the board in one of five starts in her native Ireland, the chestnut reeled off two straight wins for her new connections at Gulfstream this winner–including the 9 1/2-furlong GIII The Very One S.–before finishing third in the GIII Orchid S. over 11 panels in March. A well-beaten 13th in Churchill’s GIII Mint Julep S. May 30, the daughter of graded winner Maid’s Causeway (Giant’s Causeway) bounced back to annex the one-mile GII Nassau S. June 27. Following her Dance Smartly third, she ran an even fourth behind the re-opposing Ridefourthecause (Candy Ride {Arg}) in the Sept. 12 GII Canadian S. The latter steps up to Grade I competition off of a two-race win skein for trainer Gail Cox and Sam-Son Farms.