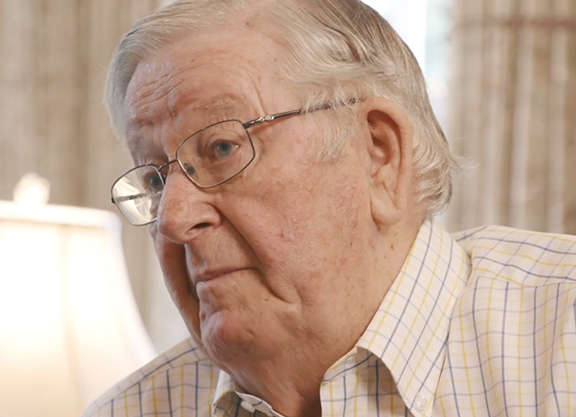 Tributes continue to pour in following the death of noted veterinarian Gary Lavin, who passed away Saturday at the age of 83. Lavin is a past president of the American Association of Equine Practitioners, the Kentucky Thoroughbred Association, Steward of The Jockey Club, trustee of the Thoroughbred Owners and Breeders Association and the Breeders' Cup, director at Keeneland, and vice-chairman of the Grayson-Jockey Club Research Foundation.

“Oh, Gosh!” Not only was that Doc's favorite expression, but my response when asked for memories of him.

When I began at Hermitage on Nov. 1, 1977, the first person Warner Jones insisted I meet was Doc. Thank goodness for that advice for that led to a lifetime of Doc's counsel, information and friendship.

So many afternoons from 1977 to 1992, Doc returned from his Churchill vet practice to spend time in Mr. Jones's Hermitage office. He always brought with him a Racing Form for Jones,  gossip and news from the Churchill Downs' backside, and usually some advice as to what changes were needed at Churchill. Sometimes Mr. Jones would heed that advice.

I know Doc identified Shug McGaughey as a young trainer to watch. Jones did heed that advice and he eventually forged a long professional and personal relationship with Shug.

A memorable day was the afternoon when Doc proudly told Mr. Jones he had bought neighboring Lasater Farm and was renaming it Longfield. I'll never forget Mr. Jones's response  “Doc, now that we're neighbors, remember, 'Neither a borrower (Jones pronounced it borryer) nor lender be!'”

Life lessons I gleaned from Doc were: Despite a perceived 502/606 (Louisville/Lexington) rivalry, cultivate close relationships with Lexington competitors and friends. It served him well and has done the same for me. He also created mutually respectful friendships with both the small and the mighty. He got on with everyone.

A better example of a husband, father, grandfather, and friend can not be identified. I'll miss him.

'One horse wins and the rest should've.' Dr. A Gary Lavin's withering assessment of turf racing in the 1990s. Slow forward to 2017–Dockie didn't do fast–and I get a call from Kevin. Doc wants to buy a share in this new syndicate you have set up. 'Kevin, there is no dirt racing here in Ireland.' So began three years of reconnecting to a true gentleman.

A born raconteur, his stories didn't really need a beginning or end, just an audience. Time spent with the Doc was just one of life's great pleasures. We had what proved a final lunch in the sunshine on the banks of the Ohio last November. Three hours with Gary and Family Lavin talking horses and nonsense. To Betsy, Allan and Kevin, keep the table. We might not be able to talk to him any more, but we sure as hell can talk about him.