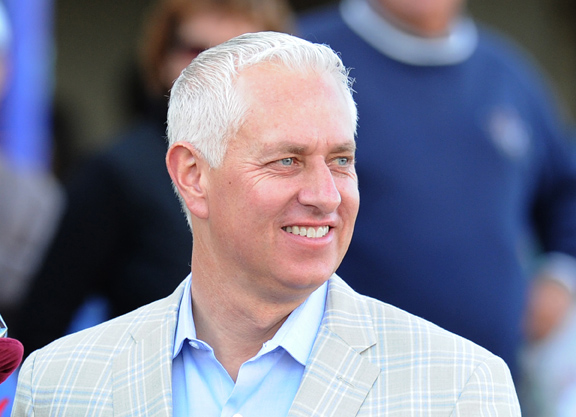 Todd Pletcher, one of a host of big names who signed Friday's letter | Adam Coglianese

“Horse racing is at a pivotal moment in its long history in the United States. The past six months presented a string of events at venerable Santa Anita Park that have shaken public confidence in our sport and led to calls from the public and government authorities for major reform.

Each of us loves the majestic animal at the heart of our sport and wants it to flourish, and within that context we offer our support as horsemen for two watershed initiatives to enhance the integrity and safety of horse racing.

We voice our support for the Horseracing Integrity Act of 2019 (HIA), introduced on a bipartisan basis in the House of Representatives and the Senate. The HIA puts the entire regimen and apparatus for Thoroughbred drug testing in the very capable hands of an independent board composed of non-conflicted equine experts and representatives of the United States Anti-Doping Agency and creates a framework for uniform testing, regulations, and sanctions nationwide to best protect the integrity of our sport and vouchsafe the health and well-being of racehorses.

We understand the HIA is not without controversy among some of our colleagues, specifically regarding concerns of increased cost and regulation. But the sport finds itself amid an ongoing crisis of confidence and the need to reform and restore public trust more than justifies the necessary sacrifices. We are ready for change and will embrace it for the greater good.

Medication reform is not the only path to safe racing. We also support initiatives to standardize and improve the quality and consistency of racing surfaces and urge the allocation of more resources by racetracks and other stakeholders for the Racing Surfaces Testing Laboratory and related research projects, headed by Dr. Mick Peterson, formerly of University of Maine and now associated with University of Kentucky. For too long this critical piece of competition and safety has been maintained with inconsistent methods, techniques, and measurements. Technology, science, and human endeavor must marry their resources to achieve this goal, and we call for the industry to bring to bear the necessary human and capital resources to make this a reality.

Once again, we urge our colleagues to join us in supporting this vital work.

None of us takes this stance lightly, but we believe we are at a precipitous moment at which the industry must act to revive public trust in our sport and to protect our most cherished possession, our racehorses.”