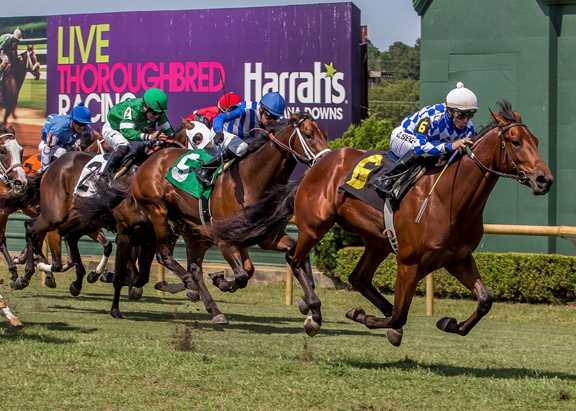 Racing at Louisiana Downs, where Nicks won the training title in 2011 | Hodges

Morris G. Nicks, who trained for parts of six decades, primarily in Arkansas, Louisiana and Kentucky, died Nov. 25 at his home in Waskom, Texas. He had been fighting cancer and was 74 years old.

His passing was confirmed by his wife Ellen in a Daily Racing Form story that broke the news Sunday. His son, the trainer Ralph Nicks, told DRF that his father had requested no funeral services to be held. According to DRF, Nicks grew up on a farm in Texas and galloped horses and rode in match races before spending a summer at age 17 working at Ruidoso Downs. He began training shortly thereafter, around 1965, at Oaklawn Park.

According to Equibase, Nicks won graded stakes with the sprinter Run Johnny in the 1999 GIII Aristides H. at Churchill Downs and with Golden Sonata in the 2004 GII Oaklawn Breeders' Cup S. at Oaklawn Park.

Nicks won the 2011 Louisiana Downs training title. He had retired from running a stable in 2018, citing health issues.