Trail Leads Back To The Curragh 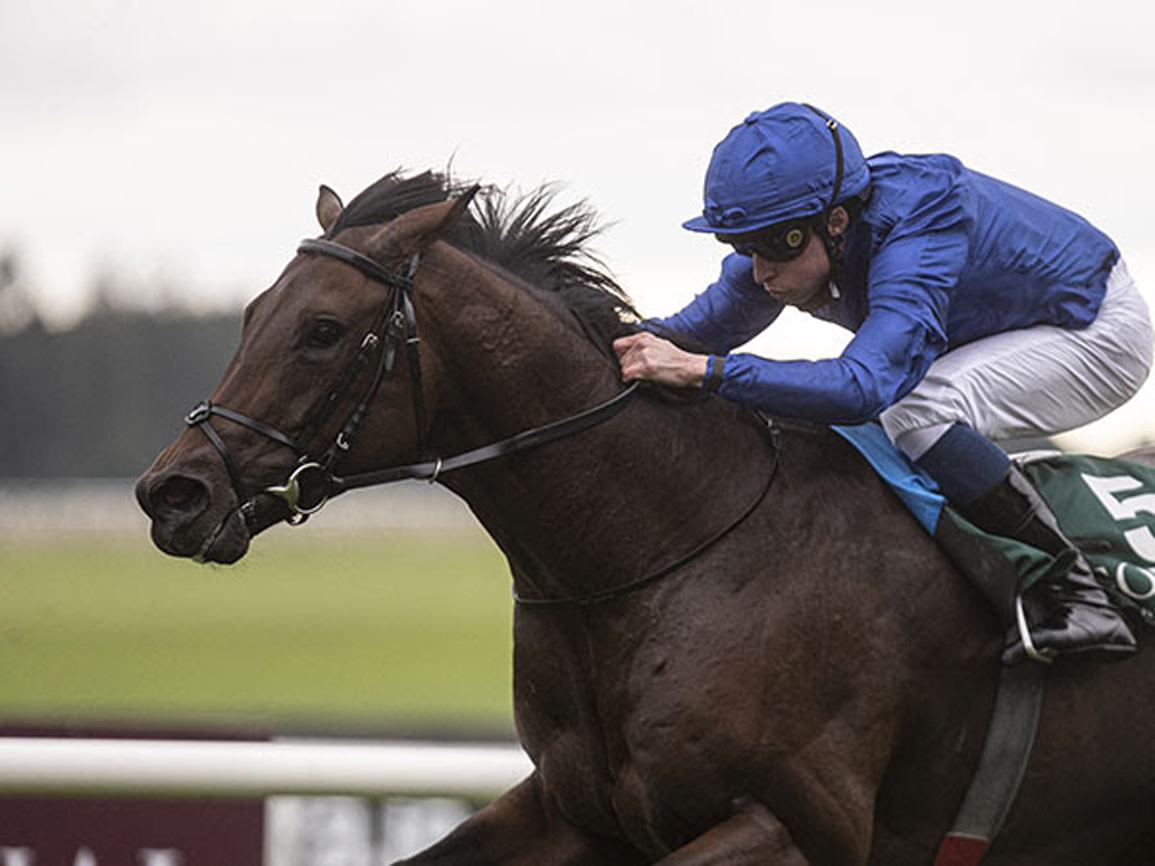 The emphasis is on speed on Saturday, with a quartet of Europe's six pattern races being sprints and only one taking place beyond a mile. Glinting in the midst of them is the jewel that is the first of the Curragh's 2022 Classics, the €500,000 G1 Tattersalls Irish 2000 Guineas. With a distinct form edge, it seems on paper to be simply be a case of going through the motions for Native Trail (GB) (Oasis Dream {GB}) with Godolphin's Guineas treble hanging tantalisingly within reach. However, this is a tough race to dominate on that basis alone as the experience of the likes of Too Darn Hot (Dubawi {Ire}) and Galileo Gold (GB) (Paco Boy {Ire}) testify in recent times. On the sacred Kidare turf you can be king for a day but then you have to go and prove it time and again as the opposition ramps up in response. Where there is a son of Galileo (Ire) from Ballydoyle there is always danger, regardless of the deficit that Ivy League (Ire) (Galileo {Ire}) has to overcome, and that is not mentioning the power of Jim Bolger with his still-unexposed 'TDN Rising Star' Wexford Native (Ire) (Teofilo {Ire}) and the colt that blitzed him in the May 2 Listed Tetrarch S., Buckaroo (GB) (Fastnet Rock {Aus}).

Drawn in one, Native Trail appears to have a lot of boxes ticked but with his racing style it might be that he needs some luck in a tactical affair with no obvious pace provider. Unless William Buick sends him on from the outset and uses his advantage which is his huge stride, there is the chance that he could get pinned on the fence at a crucial stage. Is his form so superior that he can justifiably be long odds-on here? Joseph O'Brien has a line through the Appleby runner via Ultramarine (Ire) (Zoffany {Ire}), a maiden still after nine starts who was beaten just six lengths by the favourite in the G1 Vincent O'Brien National S. here in September. There is a fair chance that Buckaroo is much better than that and the way he operated in the Tetrarch over this course and distance means that Native Trail might need to have improved from his 2000 Guineas effort and his juvenile form.

Haydock stage a crucial pair of Group 2 sprints, the six-furlong Cazoo Sandy Lane S. and Temple S. over five, with last year's G1 Nunthorpe S. heroine Winter Power (Ire) (Bungle Inthejungle {GB}) the star turn in the latter. King Power Racing's racing manager Alastair Donald said, “She's a very quick filly and it's almost about reining in the speed sometimes–a few times she's ran with the choke out a little bit. But I think in the slower ground it might just be able to keep her in a good rhythm early on, rather than going too quick. Tim [Easterby] is very pleased with her and says she's bigger and stronger now, so fingers crossed we can look forward to getting her back to her best.” At the Curragh, another top-level winner is in action in Gary Devlin's Prix de l'Abbaye and Al Quoz Sprint hero A Case of You (Ire) (Hot Streak {Ire}), who takes in the G2 Weatherbys Ireland Greenlands S.

From The Horse's Mouth

A fascinating Sandy Lane sees the improving El Caballo (GB) (Havana Gold {Ire}) tackle some likely lads among the Commonwealth Cup hopefuls, none more so than the proven Go Bears Go (Ire) (Kodi Bear {Ire}). What makes El Caballo interesting is the fact that he is on a winning streak which shows no sign of arresting despite most of it coming on the all-weather. His defeat of Tiber Flow (Ire) (Caravaggio) in Newcastle's 3-Year-Old All-Weather Championships Conditions S. Apr. 15 was boosted by the subsequent Listed Carnarvon S. success of the runner-up and trainer Karl Burke is bullish. “I don't think we've got to the bottom of him yet,” he said. “It's a very strong race and it will be a very truly-run race as well, so we'll know how good he is after Saturday. He has a different action to [former Commonwealth Cup winner] Quiet Reflection and I'd say he probably has more scope than her too. She loved heavy ground, whereas I'm not so sure this fella would want it to be extremely slow–good, good-to-soft should be perfect for him.”

Sunday's G1 Tattersalls Irish 1000 Guineas at the Curragh has attracted a final field for 14, with Godolphin's Wild Beauty (GB) (Frankel {GB}) the only withdrawal on Friday. Coolmore and Westerberg's May 1 G1 1000 Guineas third Tuesday (Ire) (Galileo {Ire}) is one of four nominees from the Aidan O'Brien stable seeking a fourth-straight renewal and the lone contender representing Newmarket's Classic form. She has drawn stall three, with Ryan Moore set to ride her having chosen elsewhere in the Guineas. Ballydoyle also have strong claims with the May 8 G3 Cornelscourt S. winner History (Ire) (Galileo {Ire}), who will be partnered by Seamie Heffernan, and the Apr. 23 Listed Salsabil S. winner Concert Hall (Ire) (Dubawi {Ire}) who is ridden by Wayne Lordan with the Rosegreen trio drawn three, four and five respectively. Moyglare Stud's Apr. 2 G3 Ballylinch Stud 1000 Guineas Trial winner Homeless Songs (Ire) (Frankel {GB}) will depart from stall 11, while the G1 Criterium International third Purplepay (Fr) (Zarak {Fr}), who was knocked down to Lael Stable for €2 million at Arqana's December sale, is set to make her first start for trainer William Haggas from stall seven.