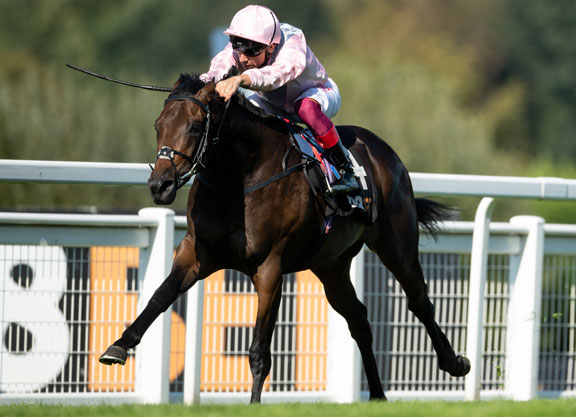 John Gosden has revealed a decision on Too Darn Hot (GB) (Dubawi {Ire})'s participation in the G1 QIPCO 2000 Guineas could be made early next week. The Dubawi colt was the undoubted star of the juvenile division last season–winning each of his four starts including a brilliant victory in the G1 Dewhurst S. at Newmarket in October. The 'TDN Rising Star'has spent the winter at the head of ante-post lists for both the Guineas and the Derby at Epsom, but there was a bump in the road last week after Too Darn Hot was found to have heat in a splint bone–a setback which ruled him out of last Saturday's G3 Greenham S. at Newbury. Speaking on the opening afternoon of the Craven meeting at Newmarket on Tuesday, Gosden said he was hopeful Too Darn Hot would be fit to run in the first colts' Classic of the season on May 4, but expects to have a clearer idea after the weekend.

Gosden told ITV Racing, “He's fine and coming along the right way. We're going to make a decision, probably, just after the weekend. The heat is pretty well out of it altogether now, but I just want to be content that I've got the two clear weeks in which to bring him up to the race [2000 Guineas]. I'll be consulting with the owners. I'm very much hoping he will run at this stage.”