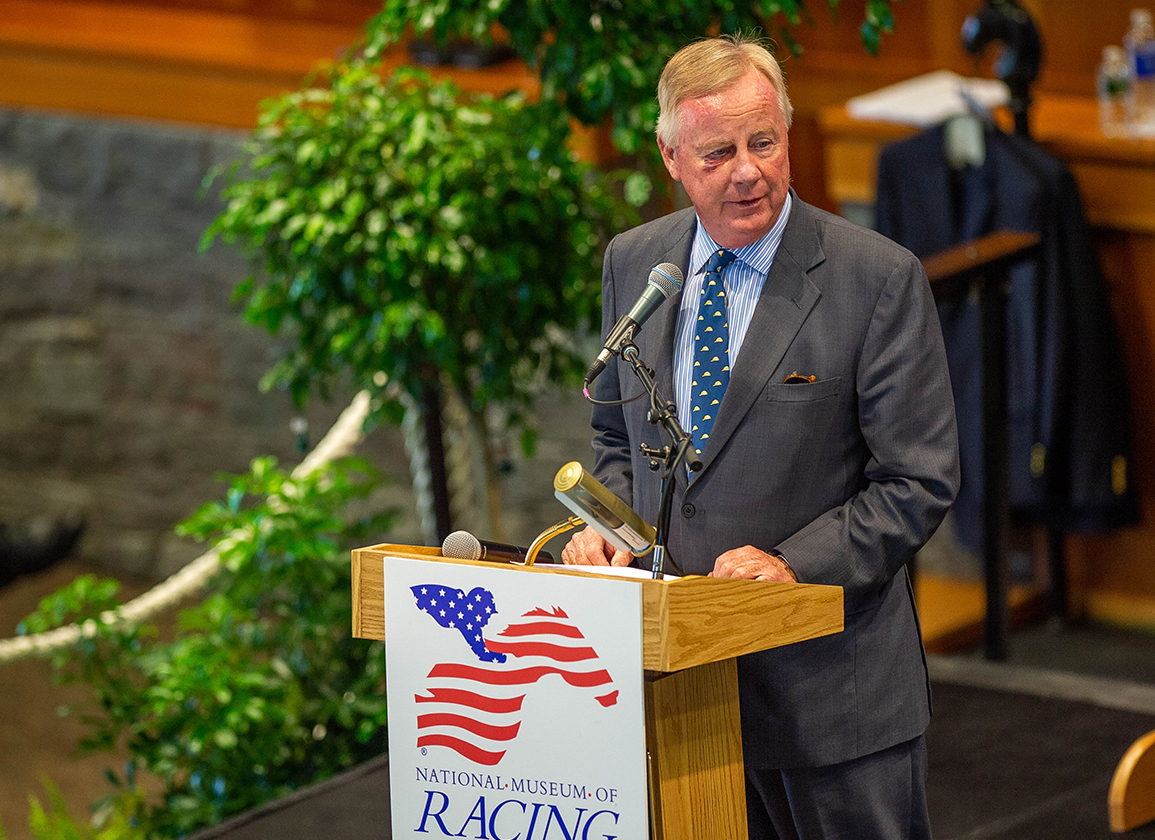 With the July 1, 2022, implementation date looming for the nationwide regulatory Authority mandated by the Horseracing Integrity and Safety Act (HISA) to go into effect, Charles Scheeler, the chairman of the Authority's board of directors, on Sunday outlined the timetable for the sport's new ruling body to be fully operational.

Speaking via pre-recorded video during Sunday's 69th Annual Round Table Conference on Matters Pertaining to Racing that was hosted virtually by The Jockey Club (TJC), Scheeler said the Authority is currently developing its anti-doping and safety programs side by side, and that by the fall those initiatives will be shared publicly in an effort to generate feedback.

“All of this will be before we submit these proposed rules to the Federal Trade Commission (FTC), which is what is required by the Act,” Scheeler said. “And then [the FTC] will make them public; publish them in the Federal Register for a 60-day period of notice and comment. So the industry will get a second bite at the apple–another chance to comment on these rules.

“After the 60 days, the FTC will decide whether to approve all or some of these rules. We hope that they approve all of the rules that we submit to them. And then they have to be posted and finalized for a four-month period of time. So no later than March 1, 2022, for these rules to become operative on [July 1, 2022],” Scheeler said.

“We will also, in the late fall and winter, be sharing with state racing commissions our estimates of the costs for the coming year. That is required by the Act to occur no later than April 1. But it is our goal to get those numbers to the states months and months in advance of the event,” Scheeler said.

“And then, July 1, we will go live together with a new system to enforce the anti-doping and medication laws, and to make the tracks safer, and to make the sport fair for everyone,” Scheeler said.

But that timetable for implementation could face legal pushback in the form of lawsuits initiated by the National Horsemen's Benevolent and Protective Association (National HBPA) and several state racing commissions.

Speaking in a separate section of the Round Table video presentation, TJC's chairman, Stuart Janney III, said such obstructionist tactics won't prevail in the long run.

“They defend the status quo with lawsuits that are effectively protecting a few bad trainers, veterinarians, and horsemen at the expense of those who are honest,” Janney said. “They offer nothing in the alternative other than worn-out notions of state-by-state compacts in defense of the same broken system.”

Janney also reiterated a prediction he made during last August's Round Table video presentation that more federal arrests of alleged horse dopers are in the pipeline.

Six of 28 defendants arrested in March 2020 have already pleaded guilty to felony charges in the federal government's prosecution of an alleged “corrupt scheme” to manufacture, mislabel, rebrand, distribute, and administer performance-enhancing drugs to racehorses all across America and in international races.

“We plan on capitalizing on our work so far by creating the Man O' War Center at Columbia University,” Fisher said. “And its mission will be to advance the promising field of EAT. The center will coordinate and carry out many initiatives that further our work.”

Neria said another goal is to provide EAT training to others in the field.

“Over the last two to three years, we have been approached by many programs who are eager to learn from us and implement our protocols,” Neria said. “[And] we plan to adapt our protocols for use with other groups beyond veterans with PTSD. For example, children and adolescents, and also others. With support from Ambassador [Earle] Mack, this fall we will be carrying out a pilot study with anxious youths.”

Fisher added that research work on the original protocols will be expanded by undertaking a randomized, controlled trial later this year.

“This would be a larger study, and we plan on partnering with other sites that we will train to make it work,” Fisher said.

Neria added that “a critically important part of our mission is to expand the number of retired Thoroughbred racehorses that are used in the EAT programs.”