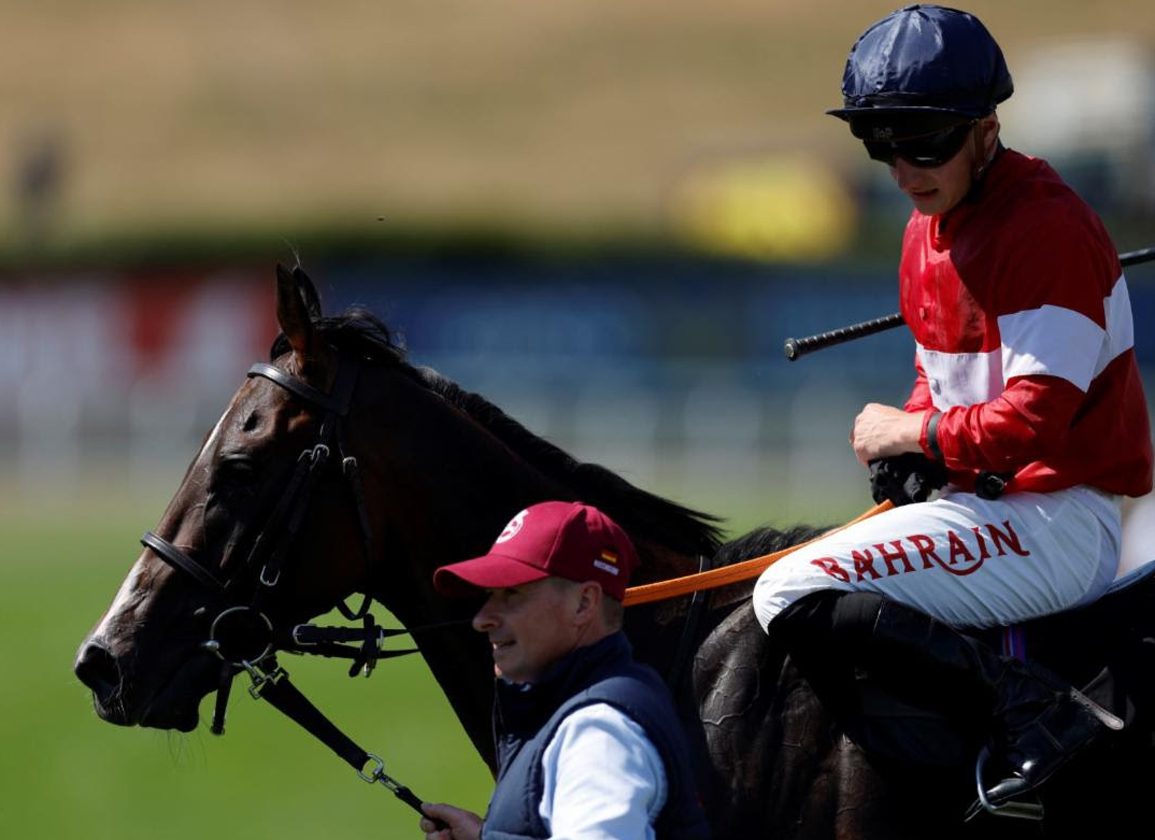 Goodwood may not have attracted as big an international contingent as last month's Royal Ascot festival, but Thursday's G3 Bonhams Thoroughbred S. was very much a continental affair as Germany's G2 Mehl-Mulhens-Rennen (German 2000 Guineas) second Rocchigiani (GB) (Time Test {GB}–Ronja, by El Corredor) showed his class to garner the 3-year-old one-mile test. Last term's G3 Zukunftsrennen victor, who ran fifth in the Royal meet's June 18 G3 Jersey S. last time, was positioned in second as Norway's Norsk 2000 Guineas hero Hotline Bling (Ire) (Cotai Glory {GB}) established a clear lead through halfway. Cruising closer on the bridle in the straight to challenge hard on the steel passing the quarter-mile marker, the well-backed 11-2 chance quickened smartly to seize control approaching the final furlong and was driven out in the closing stages to bravely hold The Wizard Of Eye (Ire) (Galileo Gold {GB}) and Sonny Liston (Ire) (Lawman {Fr}) by 3/4-of-a-length and the same.

“Rocchigiani is a nice horse, he travelled well in the race and the pace was good for him,” said winning trainer Peter Schiergen after the local stewards allowed the finishing order to remain unchanged. “His form in Germany was very good, he's a speed horse and he likes leading horses. The owners [Stall Domstadt] like Goodwood and always come here and this is my first winner here today. We have not had many runners and it is not easy to do. I looked from race to race after [Royal] Ascot and we will chat about what to do now. His last race was seven furlongs, but the mile is a little better for him. Maybe we will come back to England next.”

Winning rider Tom Marquand, who incurred a three-day sting for his alleged transgressions in the closing stages, added, “Rocchigiani ran well when fifth in the Jersey. He looked like he had a good bit of speed, so when Hotline Bling burst clear, I was happy to sit and use that injection of speed to go and win the race. It got a little bit messy at the two-furlong pole when the leader weakened, but this horse has travelled over really well for the Peter Schiergen team and it is a job well done. I was never really worried about the ground with his action. He is probably more used to cut in the ground, but it just shows that what they are used to is not always what they want.”

“The Wizard Of Eye has run a fantastic race,” reflected the second's trainer Stan Moore. “He is still, as you can see, a very big horse and James [Doyle] said that he was still a little bit raw. He is 17 1 1/2hh and there's not many Flat horses that size. We missed the last two-and-a-half months with him because he started early and ran good in the Saudi Derby and he will come on. We will probably do a little bit of a winter campaign again, but I think there's a hell of a lot more to come from the horse and we will probably have to wait until next year to see that.”

Sonny Liston's trainer Charlie Hills said, “He travelled really nicely and I was really pleased. After running in the Derby, we gave him a bit of time off and brought him right back in trip. I am delighted with him.”

Hotline Bling was the main victim of scrimmaging in the latter stages and his owner Hans Christian Valstad commented, “It is just a victory to be here. For this to happen is a bummer, but we're delighted to be here in the UK. Back home in Norway, the winner of the race would have been scratched. He impacted my horse quite heavily and Hotline Bling's jockey had to be pull him up and lost several lengths. For us back home, he would have finished fourth at least, but it is what it is. It's okay and you can't change the rules. We have a dream to go to Royal Ascot at some point and, when we got invited to Goodwood, it only took me two minutes to say 'let's go' as you need to take the opportunity.”